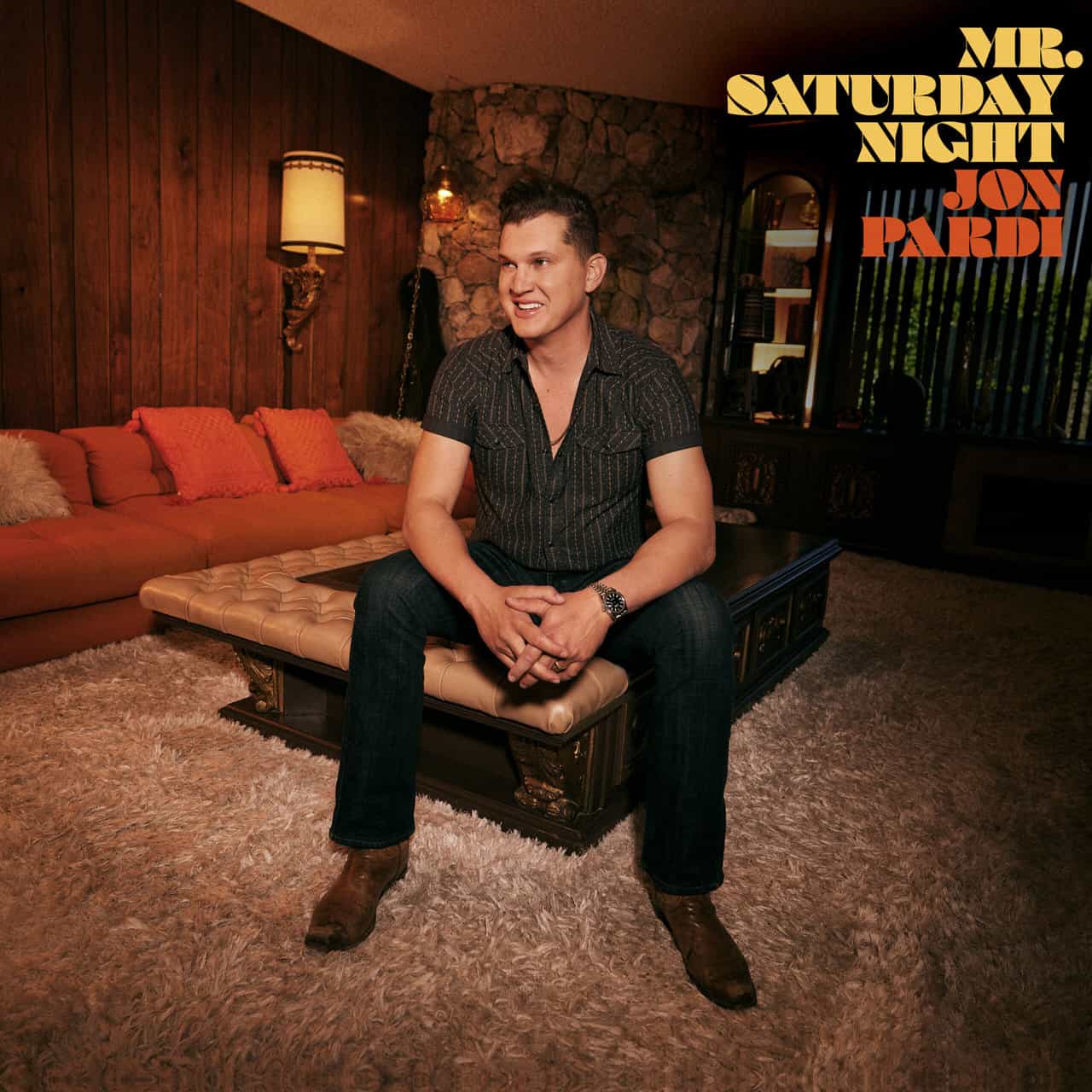 NASHVILLE, TENN. – CMA and ACM Award-winning singer/songwriter/producer Jon Pardi has released his highly anticipated fourth studio album, Mr. Saturday Night, out everywhere today. The album features Pardi’s current #1 single, “Last Night Lonely,” which topped both the Billboard Country Airplay and Mediabase Country charts this week, marking Pardi’s fifth #1 hit at Country radio. Pardi shares an inside look at the creative process and the type of songs that make up Mr. Saturday Night here. With 14 tracks steeped in losing, a little loving and what’s in between, Pardi digs beneath the surface on Mr. Saturday Night, returning the genre to an era of buckle-polishing dancefloor encounters, yowling bar-room revelers, and the occasional strong, silent type ballad.

Pardi will unveil the official music video for the album’s title track today at 12 p.m. CT on YouTube. Fans can sign up now for YouTube Premium for exclusive access to his livestream party following the premiere of his “Mr. Saturday Night” (Official Music Video) by visiting JonPardi.lnk.to/MrSatNightYT. Out of the gate, the track has been praised by Billboard for Pardi’s “signature neo-traditional country” and “clever play on words,” while CMT claims it’s a “quintessential honky-tonk standard.”

Celebrating the album’s release and his recent chart-topping song, Pardi will bring “Last Night Lonely” to CBS Mornings on Wednesday, Sept. 7th in the 8 a.m. hour. He will join the show’s anchors for a live chat about Mr. Saturday Night, as well as a performance on their special one-year anniversary show. Pardi recently kicked off his album release with an appearance on NBC’s The Tonight Show Starring Jimmy Fallon (8/9). Check out the high energy performance here.

Mr. Saturday Night reunites producers Bart Butler, Ryan Gore and Pardi: the same team behind the boards of his critically acclaimed third studio album, Heartache Medication. Nominated for Album of the Year by both the CMA and ACM, Heartache Medication debuted among the top tier of Billboard’s Top Country Albums chart and was named one of Rolling Stone’s best albums of 2019. The Los Angeles Times also ranked the album as one of its best of the year, where Pardi was the only country artist/album represented.

A “hero in the making” (Variety), Pardi is noted for his “long-lasting mark on the genre” (Music Row) and his impressive ability to carve out his own path proving “the kind of country music multiple generations came to know, and love can still work on a mass scale” (Variety). Filled with fiddle, twang and steel guitar, Pardi continues to “apply new ideas to country’s old sounds” (Los Angeles Times) and “bring authenticity back into Country music” (People). Pardi is currently headlining arenas and amphitheaters across the country with his AIN’T ALWAYS THE COWBOY TOUR, which extends through his October 1st headlining date in Nashville at Ascend Amphitheater. For more information, and to purchase tickets, visit jonpardi.com.