Rodeos a fixture at the N.D. Winter Show in Valley City 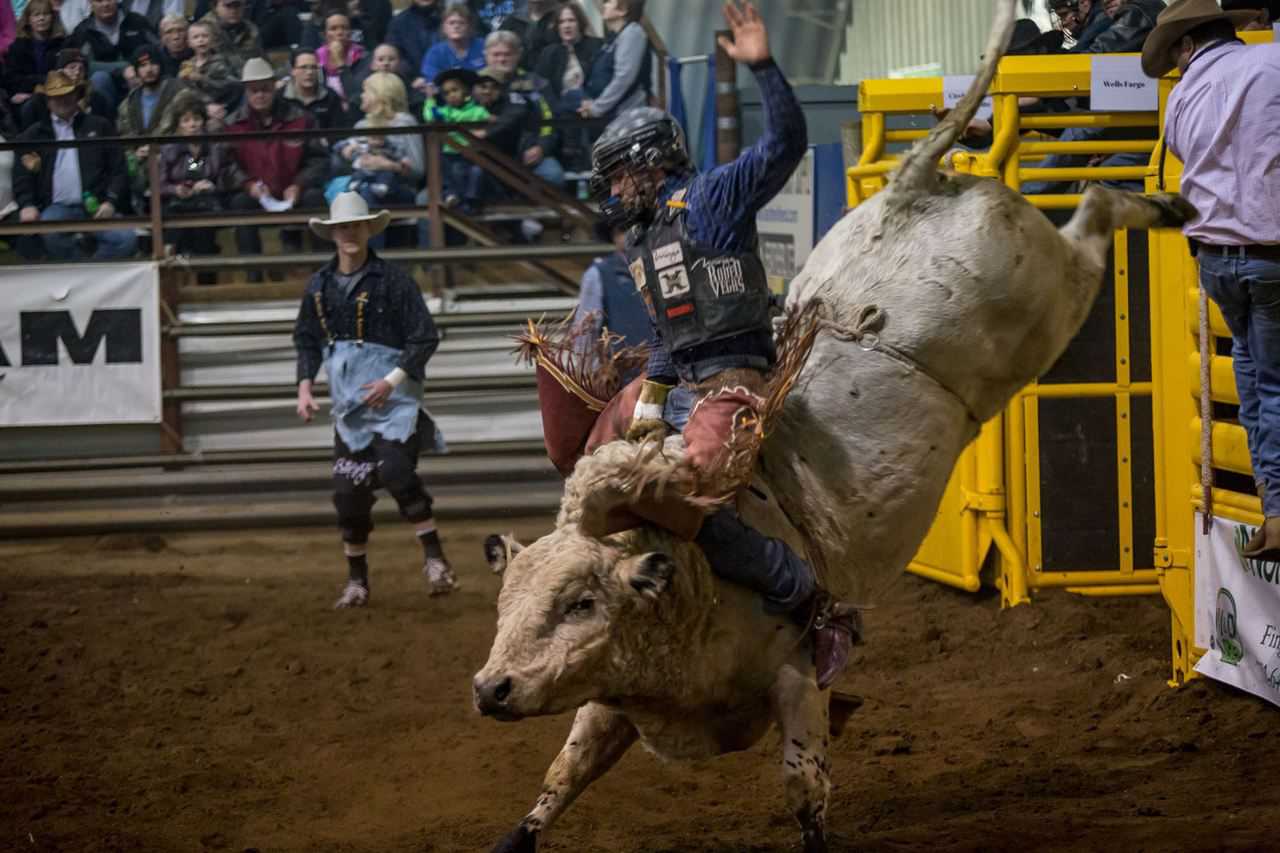 A bull rider attempts an eight second ride during the 2017 N.D. Winter Show. The PRCA rodeo is the jewel of the Show, with three performances: March 12 at 7 pm and March 13 at 2 pm and 7 pm. Photo courtesy N.D. Winter Show.

Valley City, N.D. – Valley City turns into a western town, with spurs and saddles, boots and bits, during the N.D. Winter Show!

Over 500 cowboys and cowgirls will make their way to Valley City to compete in the PRCA rodeo, the Battle of the Border High School rodeo, the NDRA rodeo and the ranch rodeo.

Of the PRCA contestants, a world champion, reserve world champs and multiple-time National Finals Rodeo (NFR) qualifiers are among the 385 pro rodeo athletes entered for the March 12-13 rodeos.

Two saddle bronc world champs will be in Valley City to compete. Zeke Thurston, Big Valley, Alberta, will ride during the 7 pm performance on March 13. He won the world title in 2016 and 2019. Wade Sundell, the 2018 world champion, competes during slack at 11 am on March 12.

Fan favorite barrel racer Lisa Lockhart, Oelrichs, S.D., has been to the NFR fourteen times. She is the seventh barrel racer out during slack on March 12. And barrel racing fans will recognize the name of Fallon Taylor. The 2014 world champ, she has built a social media dynasty around her style and fashion and will run in Valley City during slack.

The bucking horses and bulls will be provided by Bailey Pro Rodeo and Korkow Rodeos. Entertainment will be by Rider Kiesner and Bethany Iles, the 2020 PRCA Dress Act of the Year. Calling the play-by-play action will be Will Rasmussen.

The event will follow CDC, city and state COVID-19 guidelines.

More information can be found online at NorthDakotaWinterShow.com or by calling the Winter Show at 701.845.1401.