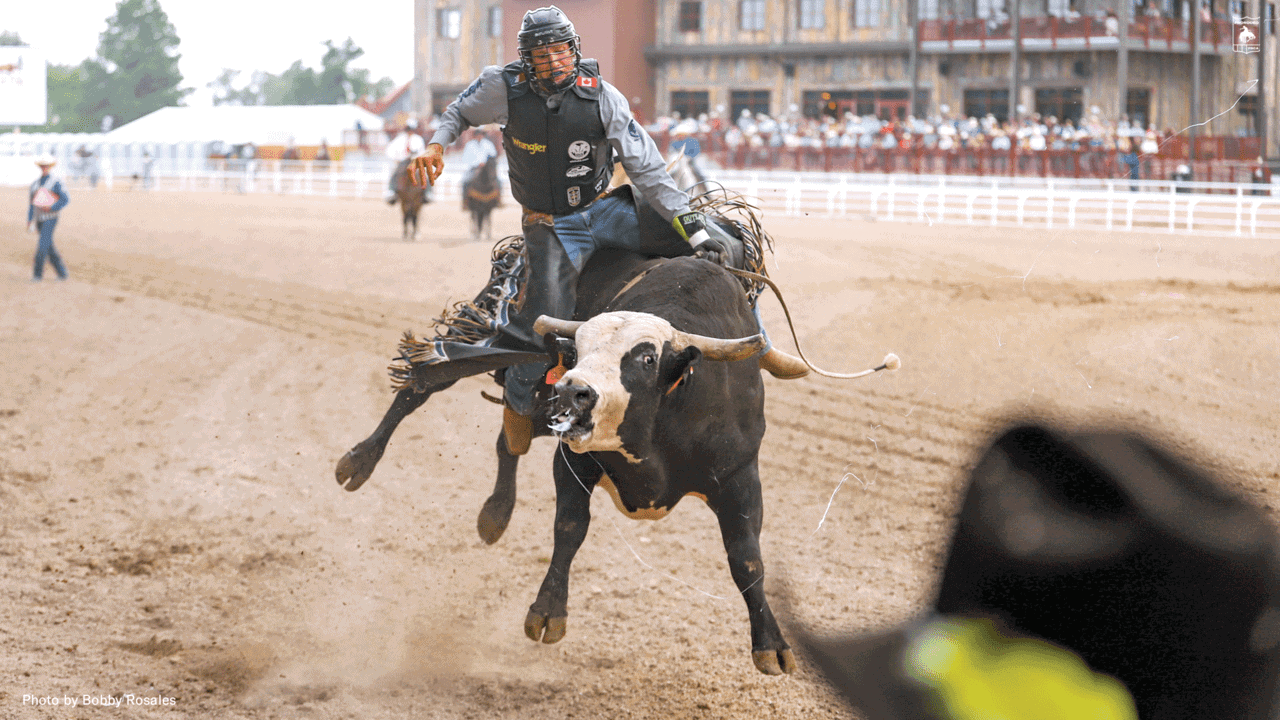 Bull rider Jared Parsonage has always had hopes of climbing over the yellow bucking chutes at the Thomas & Mack Center in Las Vegas, but it wasn’t until this year that he found himself in that position near the end of the season.

Over the last two weeks, Parsonage has climbed from outside the Top 15 to ninth in the PRCA | RAM World Standings, firmly in the NFR mix with $89,232 earned so far in 2022.

“I guess for me it just comes down to going to more rodeos this year,” said Parsonage, 29. “I’ve never really gone to very many rodeos in my career. This year it started with some good luck up in Canada and then down here in the states this summer. The month of August has been really good to me.”

In the first three weeks of August, the Maple Creek, Sask., cowboy has earned $13,287. He thought what better time than now to chase his goal of qualifying for the Wrangler National Finals Rodeo.

“It feels like I almost stumbled into this position with what I’ve won here and there throughout the year,” he said. “So, I figured why not give it a go. I think a guy would regret it if he didn’t try.”

And if he’s able to punch his ticket to the Wrangler NFR in the next few weeks he said it would check a big box off on his to-do list.

“It would be super exciting. It’s something a guy always wants to do in their bull riding career, and it would be dang sure good to get it done sooner rather than later,” said Parsonage.

• Bull rider Jared Parsonage moved in the standings from 16th to ninth.