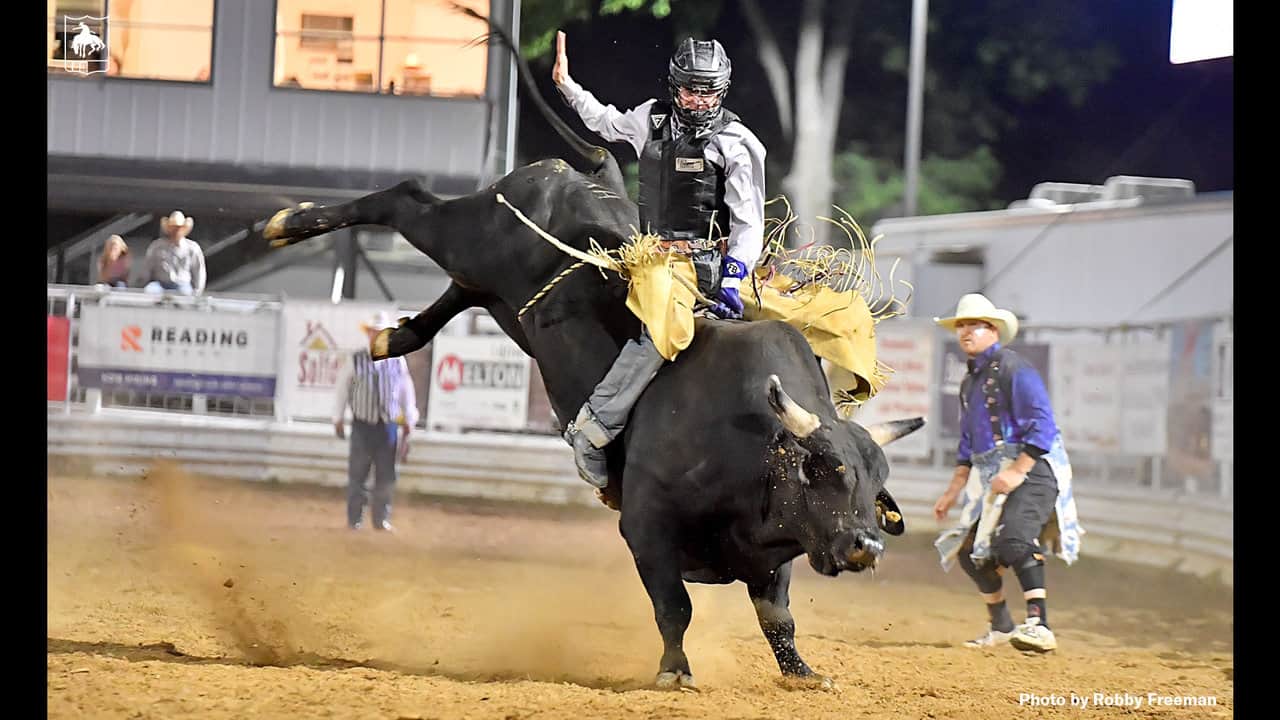 Maverick Potter has been knocking on the door of the Wrangler National Finals Rodeo the past two seasons, but unfortunate injuries have gotten in the way of that dream becoming a reality.

He hasn’t let an injury-riddled past get in the way of him getting on the back of bucking bulls. This season has already saw him earn more money than he did either of his previous two seasons.

Over the past two weeks, he has jumped from 20th in the PRCA | RAM World Standings to inside the top 10 with $53,619. His leap in the standings was spurred by a round win during the Reno (Nev.) Rodeo Xtreme Bulls and a title at the Days Of The Old West Rodeo in Delta, Utah.

“I’ve just tried to not think about it too much, I was hurt about this time last year,” said Potter, 21. “It’s just a blessing to be healthy and going to all these rodeos we have.

“I’m traveling with some good guys that have put some fire under my belt. I’m just ready to keep going on with the rest of the year. I don’t like to think about it too much, but it’s going my way right now that’s for sure.”

Potter is scheduled to go to seven rodeos between now and the Fourth of July. He said he’s excited for the busy stretch of the season with his sights set on qualifying for his first NFR this December.

“There’s a ton of rodeos to go, but I have my eyes on those yellow bucking chutes I can say that. I’m not in a comfortable spot there’s a lot of good bull riders below me, but I feel like I’m in a good spot for where we are in the year right now.”

• Bull rider Maverick Potter leaped in the standings from 20th to 10th.

• Steer wrestler Nick Guy moved from 15th to seventh.
• Tie-down roper Caleb Smidt jumped up from 20th to 12th.
• Steer wrestler Timmy Sparing went up in the standings from 13th to fifth.