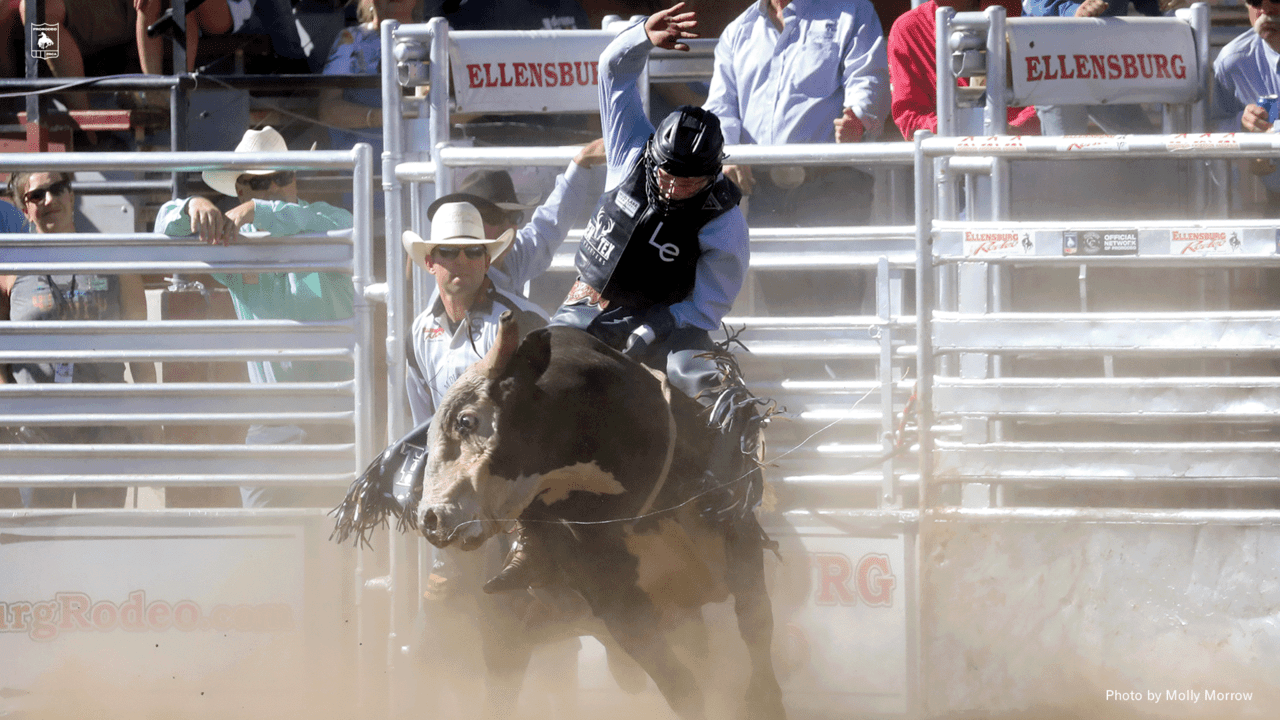 Tristen Hutchings knows what it’s like to ride bulls in pressure-packed situations. In 2021, he captured the Bull Riding National Championship at the College National Finals Rodeo for Sul Ross State University in Alpine, Texas.

He showed some of that pedigree the past month in ProRodeo.

In the last 27 days, Hutchings has earned $44,359 at 14 different rodeos. The windfall has moved him from 13th in the PRCA | RAM World Standings to seventh in the past two weeks. He said a lot of his success has to do with the luck of the draw.

“Big rodeos and good bulls have had a lot to do with it,” said Hutchings, 22. “I felt like I’ve been finally drawing good bulls and when I have been drawing good ones, I’ve been capitalizing on them. I’ve been making sure to stay on at the right rodeos.”

Last season, Hutchings finished ninth in the running for the Resistol Rookie of the Year. Now, he finds himself in position to make his first trip to Las Vegas for the Wrangler National Finals Rodeo with $114,902 earned in 2022.

“I’m very excited and I’m not quite sure it has 100 percent set in yet to be honest with you,” he said. “I was outside of the Top 15 for most of the year, but you know I always had thought I could be right there with those guys at this point in the year.”

Hutchings said confidence was key for him during the key stretch.

“I was hoping to have this type of success, but at the beginning of the year I don’t know if I was fully expecting it,” Hutchings said. “The last few weeks all of the cards kind of fell together for me. I think this month has really helped me out confidence-wise. I think having confidence in yourself is 95 percent of bull riding.”

Below, are the other cowboys who moved inside the Top 15 of the PRCA | RAM World Standings over the last two weeks.

• Bull rider Ky Hamilton moved up in the standings from 16th to eighth.

• Bull rider Tristen Hutchings jumped up from 13th to seventh.