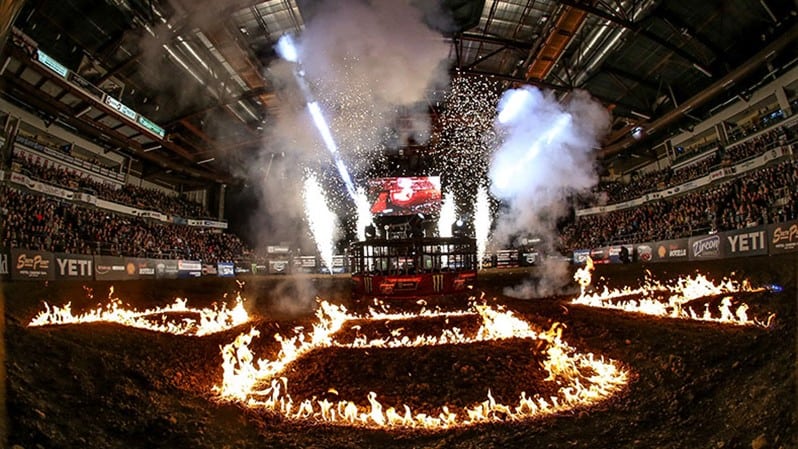 In a league first, the 2021 PBR Canada National Finals will be held in Edmonton, Alberta, relocating to the state-of-the-art Rogers Place, home to the NHL’s Edmonton Oilers.

The elite Cup Series features Canada’s top bull riders, alongside some of the PBR’s top international athletes, squaring off against the rankest bucking bulls in North America. Fans will witness exhilarating 8-second rides and wrecks throughout the action-packed event as the PBR’s courageous riders face off against their 2,000-pound, animal-athlete opponents.

In 2021, the Canadian Cup Series will begin in Lethbridge, Alberta, at ENMAX Centre, launching the season on Aug. 27-28.

Last season, the nation’s premier series traveled to Lethbridge twice. After playing host to the last fan-attended Cup Series event before the onset of the COVID-19 (coronavirus) pandemic in early March, Lethbridge was the site of the league’s historic return to competition with a double-header in late July 2020 following a 138-day hiatus from live events.

In front of a sold-out crowd, Dakota Buttar (Kindersley, Saskatchewan) won the March 2020 event in Lethbridge, marking one of his six event victories en route to the 2020 PBR Canada Championship.

Later that season, Brock Radford (De Winton, Alberta) and Ty Ellis (Sonningdale, Saskatchewan) tied for the victory at the opening iteration of the Lethbridge double-header in July, while Garrett Green (Meeting Creek, Alberta) won the third event of the season in Lethbridge held later the evening, which also marked the first fan-attended sporting event in Canada since the onset of COVID-19.

The 2021 season will then continue with the Cup Series’ debut in Medicine Hat, Alberta, Oct. 15-16, followed by the premier series’ return to Calgary, Alberta, and the Nutrien Western Event Centre Oct. 22-23.

The regular season will then conclude in Saskatoon, Saskatchewan, at SaskTel Centre, Oct. 29-30.

For the first time in league history, the PBR Canada National Finals will be held in Edmonton, Alberta, at Rogers Place. After a season-long battle, the 2021 PBR Canada Champion will be crowned following the two-day, season-culminating event on Nov. 12-13.

Adding to the event’s prestige, for the first time in league history, the 2021 PBR Canada National Finals will be broadcast LIVE on TSN.

Rogers Place has once prior hosted the PBR, welcoming the league for the first-ever PBR Global Cup, akin to the Olympics of bull riding, in November 2017.

Fans can check with PBRCanada.com for tickets to all 2021 events as well as the season’s PBR Canada National Finals at the Rogers Place in Edmonton Nov. 12-13. For more information, stay tuned to PBRCanada.com and follow the tour on Facebook (PBR Canada), Twitter (@PBRCanada), and Instagram (@PBRCanada) for the latest results.

All future PBR Canada events are subject to change, planned in accordance with directives issued by relevant government and health authorities given the evolving regulations during the COVID-19 (coronavirus) pandemic.