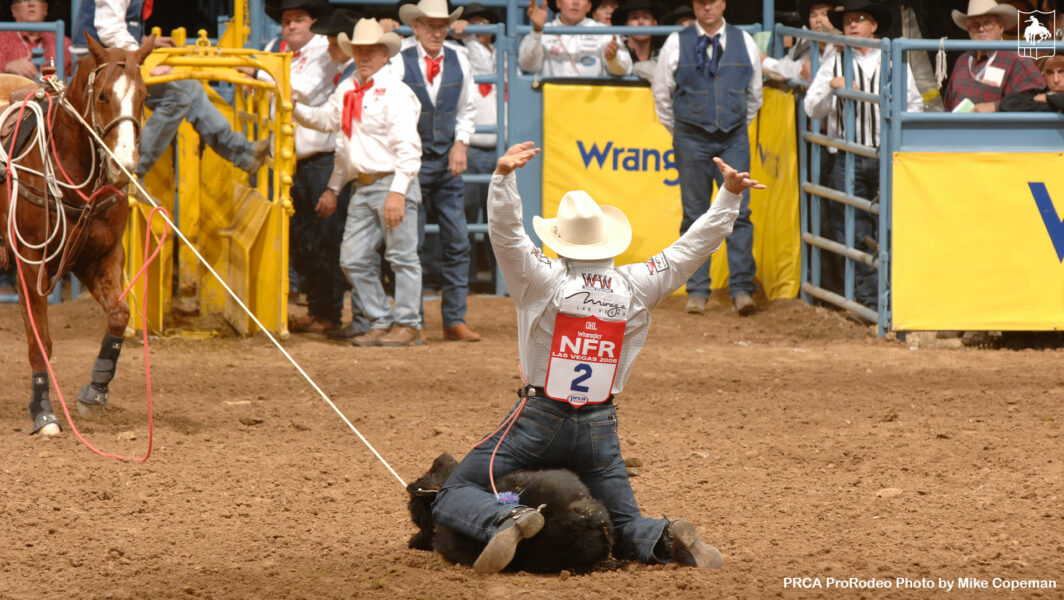 Cody Ohl made a name for himself in the ProRodeo ranks in 1994 by winning the PRCA Rookie of the Year and punching his ticket to his first National Finals Rodeo.

It would take Ohl a few years to win his first gold buckle. He edged out Fred Whitfield to capture the 1997 PRCA Tie-Down Roping World Championship by a mere $5,031. To prove that first win was no fluke, Ohl roared through 1998 and captured a second title.

His illustrious career continued for almost two more decades and saw him get inducted into the ProRodeo Hall of Fame in Colorado Springs, Colo., in 2020. His sixth and final PRCA gold buckle came back in 2006. Riding his star-studded horse, Luke, he put together a dominant performance at the NFR.

That year in Las Vegas, Ohl would place in nine out of the 10 rounds, which included winning four of them outright. He wrapped up the 2006 season with $298,112 in season earnings, he added $132,652 to his name at the Thomas & Mack Center alone.

Ohl still holds the NFR arena record with Trevor Brazile. He clocked a 6.5-second run in Round 10 of the Finals in 2003 and went on to win the world the same season.

He entered into an elite group of cowboys in 2012, when he passed the $3 million earnings mark. He is tied for second all-time with Fred Whitefield for the most NFR qualifications in the tie-down roping with 20.