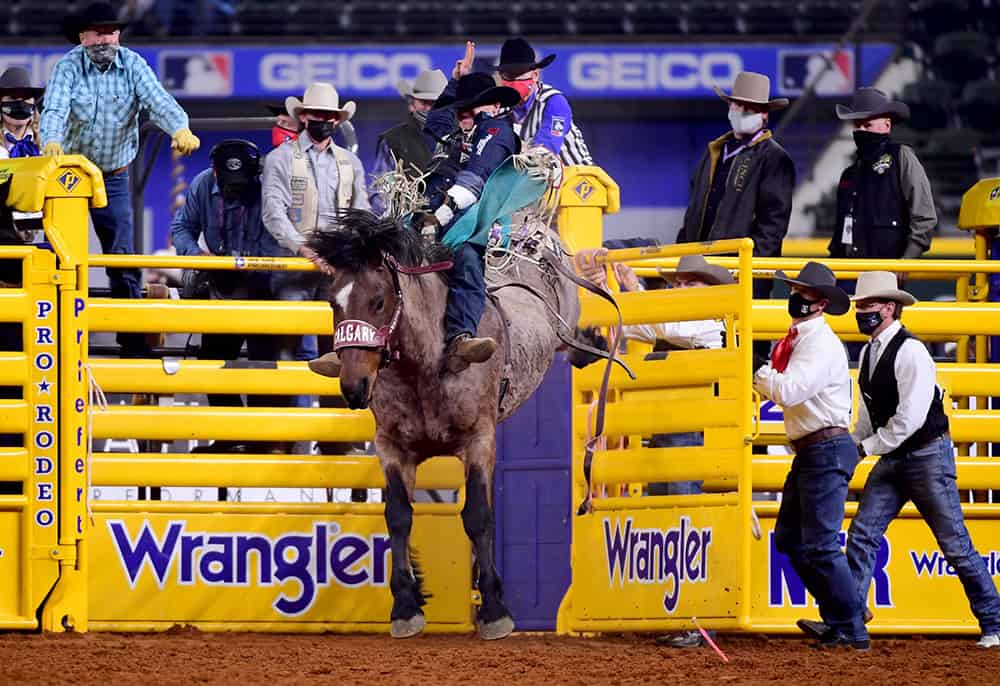 It was time for the “Eliminator Pen,” the nastiest bucking horses in the game, and the best of them were situated at Globe Life Field ready to release a bit of torment. Nobody came out unscathed, but some were worse off than others.

“It’s a big sigh of relief in that locker room after those horses are done,” said Tanner Aus, who rode Calgary Stampede’s Soap Bubbles for 85 points to finish tied for third place in the round. “I’ve gotten on him a couple of times before. It has always been alright. That is the best score I’ve ever had on that horse, so that was good. 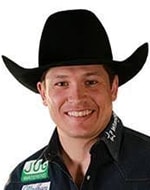 “She was pretty honest. She just came out of the chute around to the right and bucked right down in front of the chutes. It was no day off, but it felt good.”

She wasn’t the first Calgary bronc to have a good day at the Texas NFR. Where some horses have struggled to perform at their best inside the complex built primarily for the Texas Rangers, the Canadian horses have generally excelled. The cowboys have attributed that to the horses being energized after not bucking at rodeos since March.

“They are pretty fresh and seems like everything they brought has been firing,” said Aus, a five-time NFR qualifier from Granite Falls, Minnesota. “I’ve gotten on two of them so far in eight nights, so I’m thankful for that.

“That horse has a little different trip than the last time I got on her. I think that was in 2016. She’s still a good one for this pen.”

Aus has placed in four rounds so far but still earned $81,077 at the NFR. He has pushed his season earnings to $142,802 and sits third in the world standings with just two nights remaining.

“I haven’t been paying attention to that,” Aus said. “Don’t ever take your foot off the gas. It doesn’t always go the way you plan, but I have been very thankful for my time here. I’m staying focused and feeling good after eight rounds.”