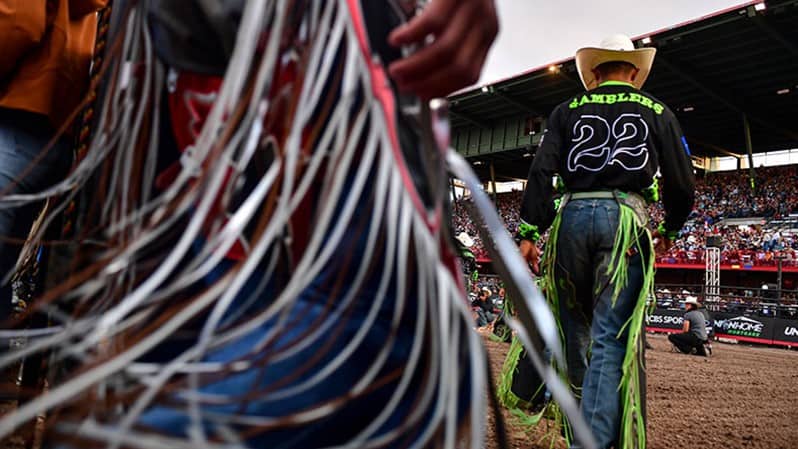 The Gamblers will work with several retired Navy SEALs throughout the 2022 campaign in developing the overall team concept and will also visit current Navy SEALs at the base in Coronado, California in August. The Gamblers will hear first-hand about the determination, willingness, and self-confidence it takes to be a Navy SEAL—characteristics that are also integral to the best bull riders in the world.

“We are thrilled to bring America’s Navy and the Navy SEALs into the Gamblers family,” JJ Gottsch, CEO of the Austin Gamblers, said. “The Navy operates not only as highly capable individuals but also as members of tightly knit teams. They exhibit courage as they get ready to march head-on into impossible situations, and the Navy SEALs are a special breed of warrior. Put simply, they represent the core values the Gamblers aim to embody.”

“America’s Navy is excited to support the Austin Gamblers,” Commander Stacey O’Neal, executive officer of the Navy Talent Acquisition Group San Antonio, said. “The Navy is the embodiment of teamwork and determination, which is why we are excited to join the Gamblers’ successful inaugural season and engage with fellow PBR Team Series fans.”

In addition to the Navy SEALs interacting with the Gambler riders during the season, America’s Navy will also have a major presence at PBR Gambler Days Powered by Dell Technologies, the three-day, action-packed weekend at the new, state-of-the-art Moody Center, from August 26-28, that will feature 12 five-on-five games with the world’s top bull riders taking on the rankest bulls bred to buck.

The Gamblers played their first two games in team history last week, going 1-1, including a dramatic walk-off win on July 26 when No. 1 draft pick Jose Vitor Leme knocked down a clutch ride to seal a come-from-behind victory.

Austin will continue its historic campaign with three games this weekend at Outlaw Days in Kansas City, Missouri. The Gamblers will play the Carolina Cowboys on August 5, with coverage on PBR RidePass on Pluto TV, a free streaming network, beginning at 7:30 p.m. CT. The Gamblers will play the Missouri Thunder the following night, on August 6. The action can be seen on PBR RidePass starting at 6:30 p.m. CT. The Gamblers wrap up the weekend by playing the Texas Rattlers on Sunday, August 7. Coverage begins on CBS Sports Network at noon CT.

All PBR Team Series events will be carried on either the CBS Television Network, streaming live on Paramount+, CBS Sports Network, or PBR RidePass on Pluto TV.