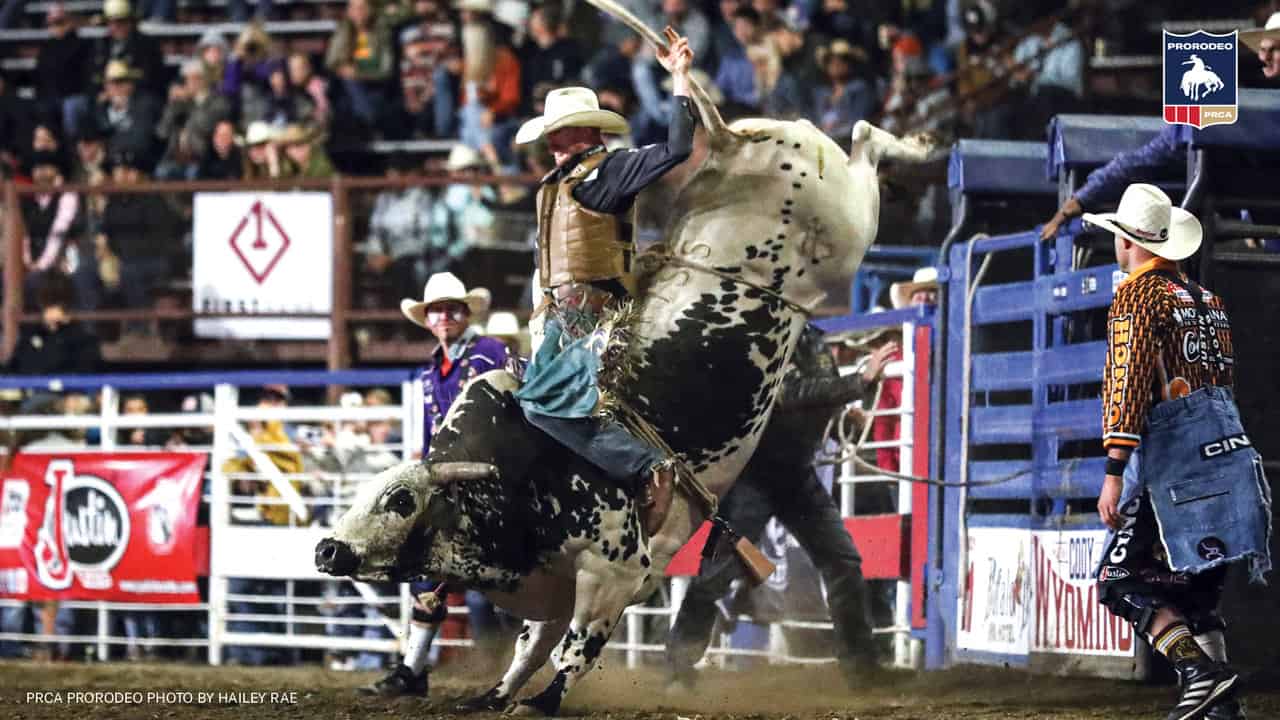 Brady Portenier knows why he jumps on bulls. The adrenaline draws him in, but the appeal goes much broader.

“There are a lot of things about it. I love the cowboy lifestyle. I ride colts in the fall, but when it comes to bulls, it’s a rush so that makes it easy,” Portenier said. “And there are not many guys that do it. So, to be one of those individuals, there’s a sense of pride.”

The commitment to the craft drives Portenier, which makes what played out at the Cody (Wyo.) Stampede over the Fourth of July holiday weekend so satisfying. Porteneir drew Frontier Rodeo’s Glory Days and worked his way into the spotlight, posting a 92.5-point score for the victory and a big payday of $8,432. He gleaned knowledge about the stock from his friends in the sport.

“Typically, he wants to go left, but he went right the other night. So, I figured he could go either way. He hit hard and got himself back and it felt pretty good,” said Portenier, who is from Caldwell, Idaho. “Maverick Potter and Creek Young put up good rides before me, and that got me fired up. We were all helping each other back there, and when it came my turn, I was ready.”

Portenier has moved into the top 40 in the PRCA | RAM World Standings as he inches closer to returning to the NFR. He is building momentum after a strong showing at the George Paul Memorial Division 1 Xtreme Bull Riding competition in April and a win at the Tonasket (Wash.) Comancheros Rodeo in May. Portenier last competed for the top gold buckle in 2020.

“That’s the goal. But the main thing is and will always be consistency, stringing those good rides together,” Portenier said. “A lot of it is good luck and the draw. But you have to be consistent.”

Portenier grew up in the sport with his father and uncle riding bulls. He also leans on his athletic background as a former high school wrestler, a sport he appreciates so much he served as a part-time coach.

“It’s been a couple of seasons since I had the opportunity to coach. But you nailed it on the head. There are a lot of things in common with wrestling and riding bulls. Wrestling teaches you to push past your limits and shows you what you are capable of doing,” Portenier said. “It’s the same when you are competing with roughstock.”