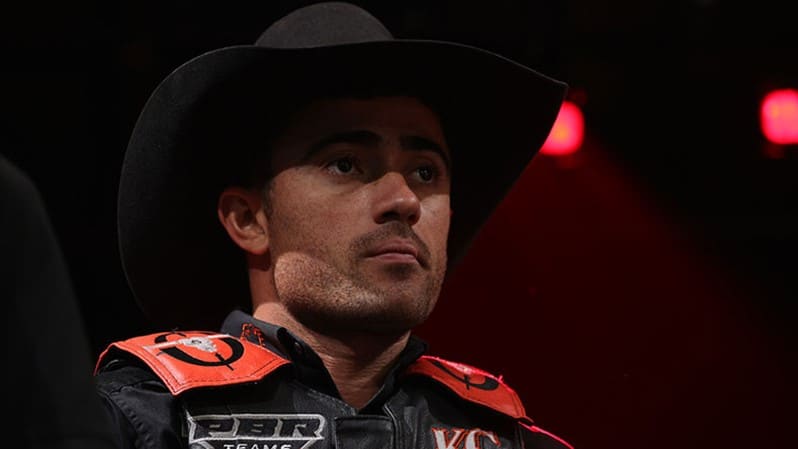 KANSAS CITY, Mo. – The second day of PBR (Professional Bull Riders) Team Series competition in Kansas City, Missouri, featured crucial wins for the Missouri Thunder and Ariat Texas Rattlers. Meanwhile, the Arizona Ridge Riders overtook the No. 1 rank in the regular-season standings, and the Kansas City Outlaws remain in the hunt for their first game win during their three-day homestand inside T-Mobile Center.

After making history as the first team to win a game and an event in PBR Teams, the Missouri Thunder added another accolade to their resume, becoming the first team to secure a win without scoring first. The team’s first-round draft pick Colten Fritzlan delivered a walk-off score to lead the Thunder past the Austin Gamblers.

Winless until today, the Ariat Texas Rattlers knocked off the then-No. 1 Carolina Cowboys to earn the team’s first game victory. En route to the golden finish, the Rattlers registered three rides, the first time in any game they covered more than one bull.

The Arizona Ridge Riders ascended to the No. 1 rank in the Team Series standings after edging the Oklahoma Freedom by one ride score.

In the final game of the night, the Kansas City Outlaws were again denied a hometown win as both they and their Nashville Stampede opponents added losses to their records following a 0-0 tie.

PBR Outlaw Days will conclude Sunday, August 7 at 11 a.m. CT. Tickets are still available and can be purchased online at AXS.com, T-MobileCenter.com and PBR.com, or by calling PBR customer service at 1-800-732-1727.

PBR RidePass on Pluto TV will offer replays of all the PBR Team Series action from Kansas City, Missouri. Check https://pluto.tv/en/live-tv/pbr-ridepass for the latest programming schedule.

As the second day of action for PBR Outlaw Days wound to a close, the bovine athletes dominated the night’s final game between the Nashville Stampede and host Kansas City Outlaws. The bulls surrendered no qualified rides and handed each team a loss following a 0-0 tie.

As the game got underway, both Stampede Head Coach Justin McBride and Outlaws Head Coach J.W. Hart shook up their rosters. McBride moved 2018 PBR World Champion Kaique Pacheco (Itatiba, Brazil) to the final frame, while Hart placed young gun Koltin Hevalow (Smithville, Missouri) in the last slot after the Missouri native was the lone rider to cover on the opening night of competition.

During the first three frames, each team earned a re-ride; the Outlaws had home-field advantage as their re-ride was placed in the final frame, while the Stampede had theirs in the middle of the fourth. Despite valiant efforts by both teams, the scoreboard read 0-0 as Pacheco and Hevalow readied to ride, and Rafael Henrique dos Santos (Sebastianolopis, Brazil) prepared to attempt the Outlaws’ re-ride earned by Dustin Martinez (Canjilon, New Mexico).

With Pacheco and Hevalow brought down before the 8, the game came down to Brazilian Santos. The 26-year-old, however, was unable to deliver, bucked off in a crushing 2.88 seconds by Patches (Sho-Me Rodeo).

The Nashville Stampede (2-2) will look to shake off the loss Sunday when they play the Arizona Ridge Riders (3-1), while the Kansas City Outlaws (1-3) will continue to chase their first win in their home venue when they play the Missouri Thunder (3-1).