Locals to race, wrestle, ride at next week’s Round-Up 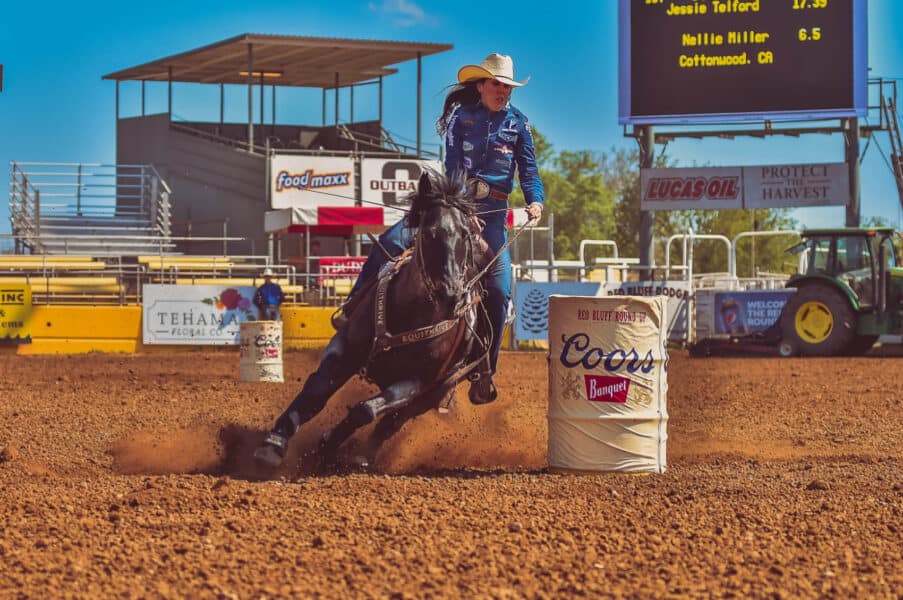 Red Bluff, Calif. – When the gates swing open on the 101st Red Bluff Round-Up, more than 600 cowboys and cowgirls from 31 states and four provinces will be in town for the rodeo, which runs April 15-17.

But among those contestants are a handful of local rodeo stars, rodeoing at their hometown rodeo, which just happens to be the “largest three-day rodeo in the country.”

The Cottonwood, Calif. cowgirl won the Women’s Pro Rodeo Association title in 2017 and has been a contender each year.

She’ll be aboard her famous blue roan, Rafter W Minnie Reba, “Sister,” who was the 2017 AQHA/WPRA Barrel Racing Horse of the Year. The thirteen-year-old mare “is just so consistent and solid, it’s hard to switch up,” Miller said, “to another horse you’re not quite as confident in.”

Sister loves arenas like the Tehama District Fairgrounds. The mare is versatile, “but I feel like she really excels in the bigger arenas that are more wide open,” she said. “Red Bluff has a long run to the first barrel and she really likes that.”

Miller and her husband James Miller, general manager of the Round-Up, have two daughters, ages nine and seven, who travel with their mother on the rodeo road when school isn’t in session. As a child, Miller herself traveled with her family, parents Sam and Roxy Williams, as Sam was a team roper who competed professionally. Juggling kids and rodeo can be a challenge, “but there’s really no other way I would have it,” she said. “I loved growing up as a kid and going to rodeos. That’s the way we want to raise our kids, too.” The girls love it. “They’re getting to the age where they understand what’s going on, and they like everything about it.”

Miller is currently ranked eighteenth in the WPRA world standings. She has qualified for five Wrangler National Finals Rodeos (2010, 2017-19, 2021.)

Another barrel racing contestant with ties to the Fairgrounds will run barrels at the Round-Up.

Mandy Staley, who grew up in a rodeo family in Cottonwood, is the CEO of the Tehama District Fairgrounds.

She will ride a six-year-old mare named Ruby who was her futurity horse last year, till injury took her out for six months. The horse needs experience and maturing, she said. “She needs to be seasoned, and I’m not going to be any closer to a rodeo to season her than here.”

Staley’s family is steeped in rodeo: she is the daughter of Jeff and Terri Davis, who own Four Star Rodeo and provide bucking horses and bulls for the Round-Up. Her brother, Justin, is a team roper who qualified for the 2009 Wrangler National Finals Rodeo, and her husband, Robert Staley, has team roped at the Round-Up several times. Their daughters, ages twelve and fourteen, compete in the California Junior High School Rodeo Association.

It’ll be a busy week for Staley. She helps her family host the Broc Cresta Team Roping Memorial in Cottonwood, held on April 12, and ten days after the Round-Up, she’s in charge of the Tehama County Fair. “It’s a crazy week but a fun one.” 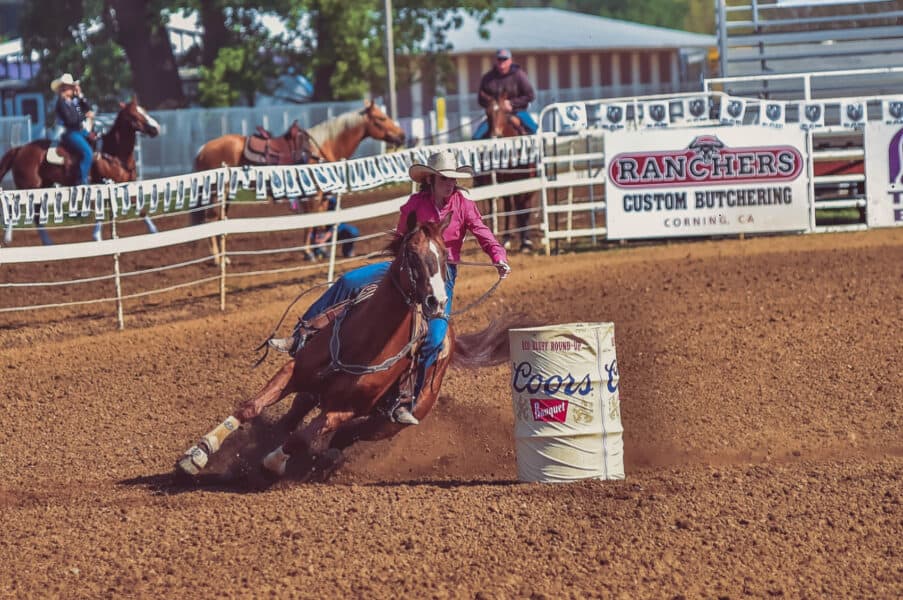 Kayla Nichol, Cottonwood, barrel races at the 2021 Round-Up. A seventh grade teacher, the cowgirl has attended the Round-Up since she was a kid, having been born into a rodeo family. Photo by Crystal Amen.

It stays in the family with Staley. Her cousin on her mother’s side, Kayla Nichol, will run barrels in Red Bluff as well.

For Nichol, of Cottonwood, this will be her second time to compete at the Round-Up.

She will be riding her seventeen-year-old gelding, Jelly, who was also her mount in high school rodeo.

A seventh grade math and science teacher at Evergreen School in Cottonwood, Nichol, like her cousin Mandy, rarely missed attending the Round-Up as a kid. She appreciates the family aspect of rodeo. “Our whole family rodeoed, and it’s been fun, definitely. We’ve gotten to travel and compete together as adults, which is fun.” 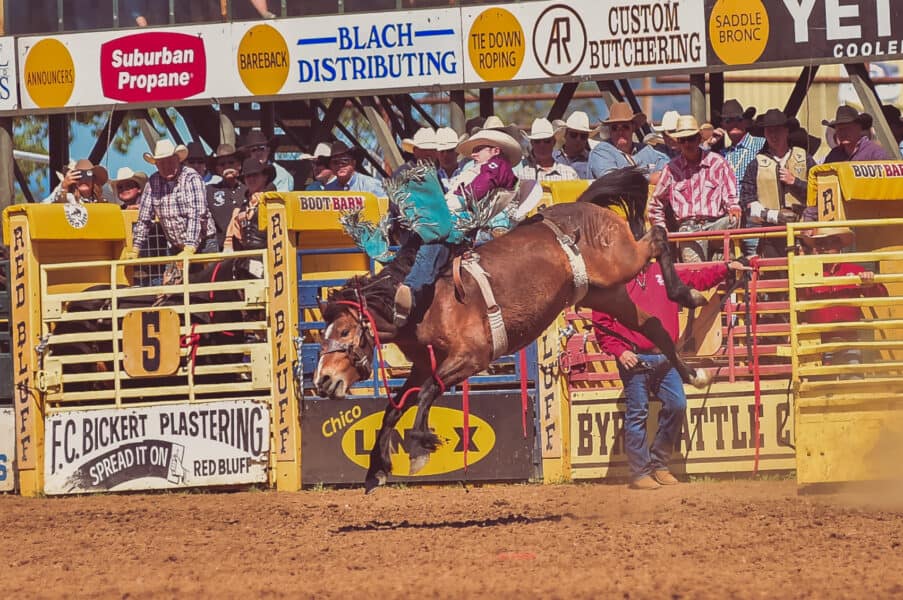 He estimates he’s ridden at the Round-Up for about the last decade, with his best finish in 2018, when he was reserve Round-Up champion.

The Round-Up is a prestigious rodeo at which to compete, Brown said. “It’s one of the first outdoor spring rodeos,” he said. “Everybody’s excited to get rodeoing, and it feels good. A lot of guys come to California for it, and everyone keeps tabs on it.”

Brown is married to Natalie; they have an eighteen-month-old son.

Miller, who was the 2019 Round-Up barrel racing winner and All-Around champion, loves competing in Red Bluff.

“Of course it’s one of my favorites because it’s hometown,” she said. “But it’s just a really fun rodeo. There’s always something wild happening. It’s pretty entertaining, and it’s always fun to perform in front of your hometown crowd.”

Tickets are $20-$40 and can be purchased online at RedBluffRoundup.com, at the Round-Up office, and at the gate. For more information, visit the website or call 530.527.1000.