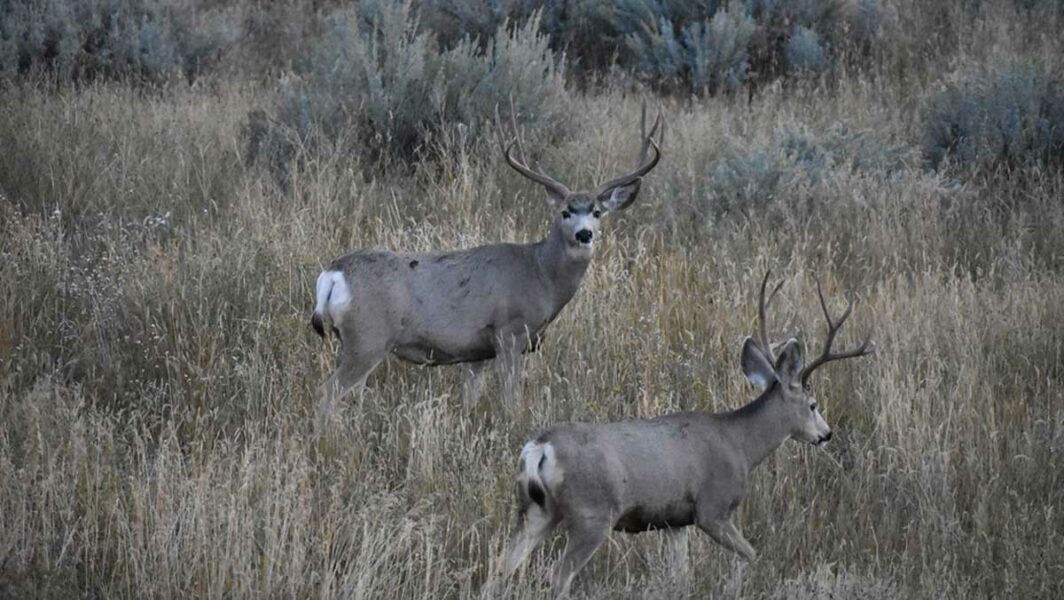 MISSOULA, Mont. — Critical financial help is on the way for researchers and game managers dealing with chronic wasting disease (CWD). Congress included the Chronic Wasting Disease (CWD) Research and Management Act within the Omnibus Budget Bill that passed prior to adjournment of the recently completed 117th session.

“This funding to fight CWD was a 2022 legislative priority for the Rocky Mountain Elk Foundation, and is vitally important for the future of elk and other ungulates, CWD research, wildlife management and hunting,” said Kyle Weaver, RMEF president and CEO. “We salute Congress and thank our coalition partners, RMEF members and sportsmen and women for helping to push this across the finish line.”

RMEF worked with the Boone and Crockett Club to organize a coalition of conservation and wildlife organizations that worked together for a year and a half leading up to the legislative victory.

“This took a lot of heavy lifting and work behind the scenes,” said Blake Henning, RMEF chief conservation officer. “RMEF met with lawmakers on Capitol Hill and had at least 50 calls or meetings with staff and members to get bipartisan sponsors and secure votes for passage. RMEF members also generated hundreds of letters to their representatives that helped turn the tide.”

The legislation bolsters CWD research to develop testing methods, enhance detection efforts, better understand genetic resistance and assists with management by prioritizing funding for state and tribal wildlife agencies that have the highest incidence and greatest risk of CWD.

RMEF is a founding member and sponsor of the Chronic Wasting Disease Alliance. In January 2022, RMEF announced the allocation of $100,000 in grant funding to assist with research promoting the scientific understanding of CWD.

CWD is a progressive, degenerative and always fatal nervous system disease found in both farmed and free-ranging deer, elk and moose. It may be transmitted through direct animal-to-animal contact, contact with saliva, feces or carcass parts of an infected animal, and may also spread through soil contaminated with any of the above fluids or tissues. So far, scientists confirmed its presence in 30 states, five Canadian provinces and two countries overseas.

About the Rocky Mountain Elk Foundation:

Founded more than 38 years ago and fueled by hunters, RMEF maintains more than 225,000 members and has conserved more than 8.6 million acres for elk and other wildlife. RMEF also works to open and improve public access, fund and advocate for science-based resource management, and ensure the future of America’s hunting heritage. Discover why “Hunting Is Conservation™” at rmef.org or 800-CALL ELK.