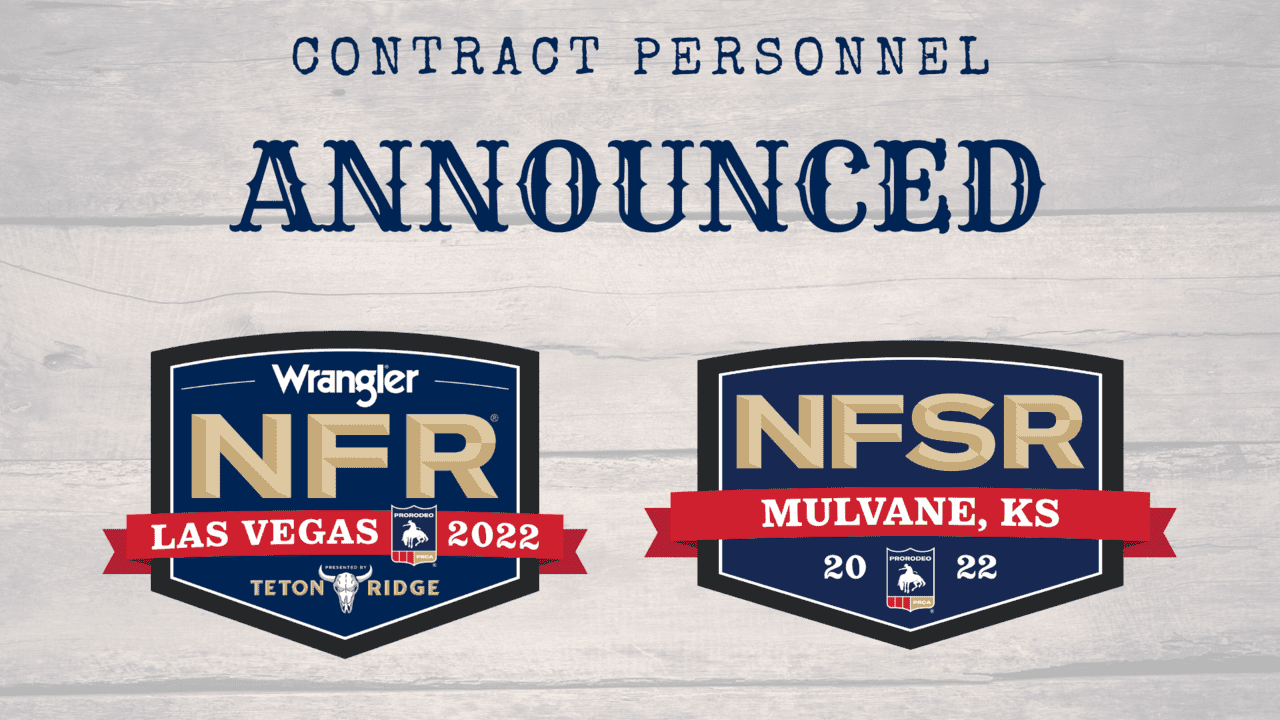 For the ninth time in 10 years, two of the announcers for the Wrangler NFR remain the same. Randy Corley and Wayne Brooks will be on the microphone for the 10 nights in Las Vegas Dec. 1-10. They will be joined by announcer Roger Mooney.

Sunni Deb Backstrom, who was inducted into the ProRodeo Hall of Fame in 2021, is the NFR secretary, marking the 17th year in a row she has been selected. Jennie Murray is the assistant secretary.

At the NFSR at the Kansas Star Arena in Mulvane, Kan., Nov. 4-5, Charlie Throckmorton and Jody Carper will handle the announcing duties. This is Throckmorton’s 21st appearance at the NFSR, and his first since 2019, and Carper’s eighth, fourth in a row.

Chute boss John Gwatney is back for his 13th consecutive trip, and the arena usher is Josh Edwards, who last served as the arena usher in 2020. The NFSR secretary is Sandy Gwatney, the former PRCA Secretary of the Year, and wife of John, will be the secretary at the NFSR for the seventh time. The timers are Mary Brunner, who is making her seventh appearance at the NFSR and Katherine Merck, who is making her NFSR debut.

Jake Ostrum will be making his debut as the music director at the NFSR.