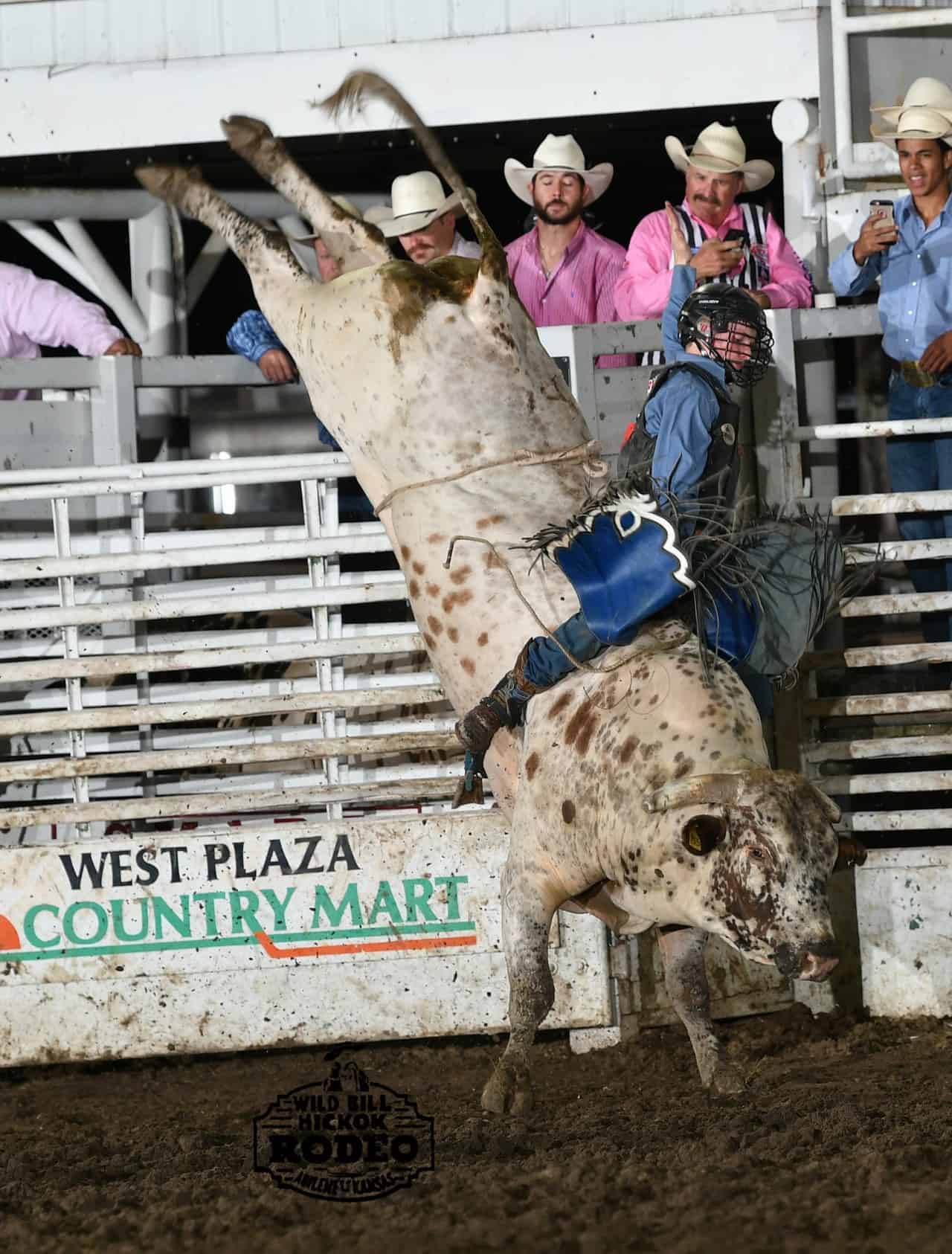 When the chutes open, more than 350 cowboys and cowgirls will stampede to town for the 75th anniversary of the Wild Bill Hickok Rodeo August 4-7.

Of the twelve champions from the 2019 rodeo, seven return to defend their titles.

The rodeo boasts talent from the top of the PRCA world standings.

Tie-down roper Shane Hanchey, Sulphur, La., is ranked first in his event; he is also the 2013 world champion.

Of the top fifteen bull riders in the world standings, four of them are entered in Abilene: JB Mauney, Cotulla, Texas (third); Creek Young, Ft. Scott, Kan. (sixth); Dustin Boquet, Bourg, La. (ninth); and Trey Benton, Richards, Texas (fourteenth). Young, who is twenty years old, has a commanding lead in the Resistol Rookie standings with a nearly $38,000 lead over the number two man.

Mauney, a former two-time PBR world champion and legendary bull rider, has forgone PBR competition this year for PRCA competition and is in the hunt for his first PRCA world title.

The rodeo kicks off August 4 and runs through August 7. Performances begin at 7:30 pm nightly.

Slack, the extra rodeo competition that doesn’t fit into the performances, is at 8 am on Wed., August 4.

Rodeo tickets can be purchased at the Central Kansas Free Fairgrounds office, at West’s Country Mart in Abilene, at area retailers, and at the gate.

For more information, visit the website at WildBillHickokRodeo.com or call 785.263.4570.