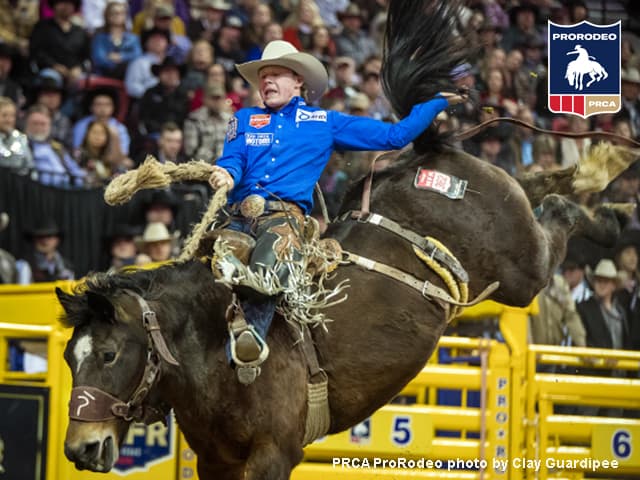 The 2020 Cowboy Christmas run is one saddle bronc rider Dawson Hay would love to forget.
Hay, who made his debut at the 2019 Wrangler National Finals Rodeo and finished seventh in the world standings, suffered a subdural hematoma under his skull and a fractured skull July 3 at the Black Hills Roundup in Belle Fourche, S.D., after getting bucked off Powder River Rodeo’s Glass Heart.

A subdural hematoma is a type of bleeding in which a collection of blood – usually associated with a traumatic brain injury – gathers between the inner layer of the dura mater and the arachnoid mater of the meninges surrounding the brain.

The Cowboy Channel video of the ride showed Hay getting bucked off early and thrown off the right side of the horse. As Hay was falling to the ground, it appeared Glass Heart’s back right hoof smacked Hay behind the right ear.

“I’m not really sure what exactly happened, but I got kicked behind my right ear and it fractured my skull,” said Hay, 21.

Hay was taken from the arena on a stretcher and taken to a hospital in nearby Spearfish, S.D. He’s expected to be sidelined six to eight weeks.

For more on the story, check out the July 10 edition of ProRodeo Sports News.