PENDLETON, Ore. – The Pendleton Round-Up & Happy Canyon Hall of Fame Board of Directors announced the 2022 inductees into the Hall of Fame during the organization’s annual membership meeting Tuesday (May 10, 2022) evening. The Class of 2022 inductees include Rusty Black (Early Years category), Bob Forth (Happy Canyon Volunteer category), Jerome Robinson (Contract Personnel category), and Randy Severe (Board of Directors Special Nominee). These four inductees represent more than 200 years of service and volunteerism to the Pendleton Round-Up and Happy Canyon.

Each year, the Hall of Fame receives nominations in rotating categories from the organization’s members. Members then vote for each category for that year, with inductees announced during the annual membership meeting each May. Inductees will be honored during the Inductee Banquet on Sept. 11 and during a recognition ceremony in the Round-Up arena during the Pendleton Round-Up on Sept. 14. The inductees are also featured with special exhibits in the Hall of Fame museum beginning in September. 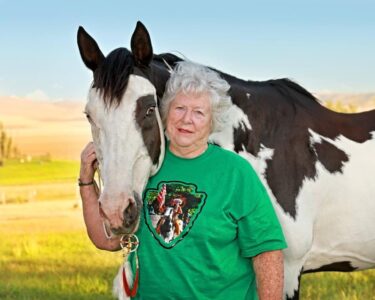 The Early Years category honors individuals who have made exceptional contributions to the development, continuation, and advancement of the Round-Up and/or Happy Canyon, with their service beginning prior to 1960. Rusty Black began volunteering for Happy Canyon in 1956 at the age of 15 where she trained her first Happy Canyon Horse Domino. This began the start of her legacy with Happy Canyon, and she never missed a show until her passing in 2021. Rusty had over 65 years of volunteer service and had numerous hours put into the show, and provided seven beautiful horses for the key horse part of the show. Her horse Chinook was also used for the Grand Entry, ridden by Bryson Bronson, and the pair also presented the colors at the 2015 National Finals Rodeo. Rusty was awarded the Happy Canyon Appreciation Award in 1992. Her horses Domino and Cataldo were both inducted into the Hall of Fame. 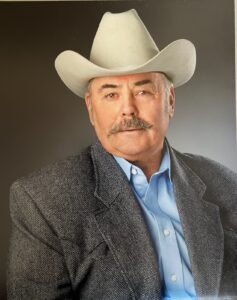 The Happy Canyon Volunteer category honors individuals who have made exceptional contributions to the development, continuation, and advancement of the Happy Canyon through their volunteerism, above and beyond what is expected. Bob Forth has been a Happy Canyon volunteer for 59 years. He is best known for his work on the West Gate during the Happy Canyon Pageant, a position he has filled for 57 years. He has also assisted with work parties, volunteered with behind-the-scenes preparations and has helped with management of the show’s livestock. He also works year-round with maintenance of the rolling stock. He received the Happy Canyon Appreciation Award in 1999 and served on the Hall of Fame Board from 2009-2013 as Inductee Director. He is also an active volunteer for the Round-Up as an integral part of the Westward Ho! Parade team, helping to repair and maintain the rolling stock. Bob was honored with the Round-Up Appreciation Award in 2016 and the Orville Gerberding Award in 2014. 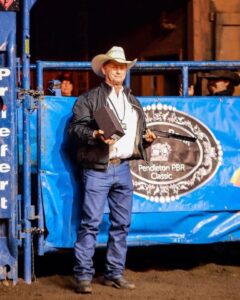 The Contract Personnel category honors individuals who have had significant achievement at the Round- Up as participants, success in rodeo on a regional and national level, and exemplified the ideals of rodeo and the western heritage. Jerome Robinson was the arena director for PBR. He had a talent for production and all aspects of the event were always covered. In addition to production, Jerome also provided infrastructure including chutes, arena, and stock pens for the event and brought his crew every year to oversee the set-up and work the stock pens to ensure the event ran smoothly. Jerome was a crucial part in front of the chutes at the Pendleton PBR events. During his time in the professional ranks, Robinson served as the Bull Riding Director on the PRCA board for four years, vice president for one year, served a term on the National Finals Rodeo Commission, and was on the PRCA research and development committee for the building of the Colorado Springs headquarters and PRCA Hall of Fame. Jerome made a lasting contribution to rodeo in 1975 when he helped institute the centralized computer entry system known today as PROCOM. Jerome was honored by Round-Up and Happy Canyon in 2019 for his
unwavering support and dedication to PBR events in Pendleton. Jerome passed away in January of 2022. 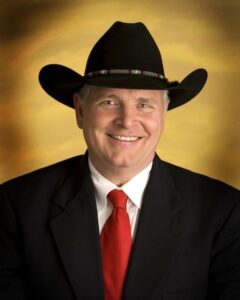 This year, the Round-Up & Happy Canyon Hall of Fame Board of Directors approved the special induction of Randy Severe as part of the Class of 2022 inductees. The Board over history has held the ability to induct an individual into the Hall of Fame in consideration of special circumstances. Randy’s induction is based on his contributions as a contractor, volunteer, and commitment to the professional rodeo cowboys, many of whom he considered friends, in a city that he loved very much.

Randy also kept the legendary Hotel de Cow Punch doors open. The legacy of the Hotel was 73 years strong at Randy’s passing and had seen the likes of rodeo contestants from the early years of the Rodeo Cowboy Association (RCA) to the modern-day Professional Rodeo Cowboy Association (PRCA). The Hotel was not only a place of refuge and relaxation for rough stock cowboys during Round-Up week but saw the coming and goings of cowboys almost year-round.

Beyond his contribution as a championship saddle maker and volunteer for the Round-Up, Randy was an ambassador for everything Pendleton. Unexpected visitors were always present at the saddle shop, whether it was a tourist who heard it was the place to get a real look at the West and Pendleton, friends and acquaintances, or even a celebrity now and then, all of which were welcomed with a smile and strengthened with discussion that professed the attributes of his hometown.

Sadly, Randy is not with us to accept the induction on his own behalf, yet the Board of Directors is proud to honor his legacy.