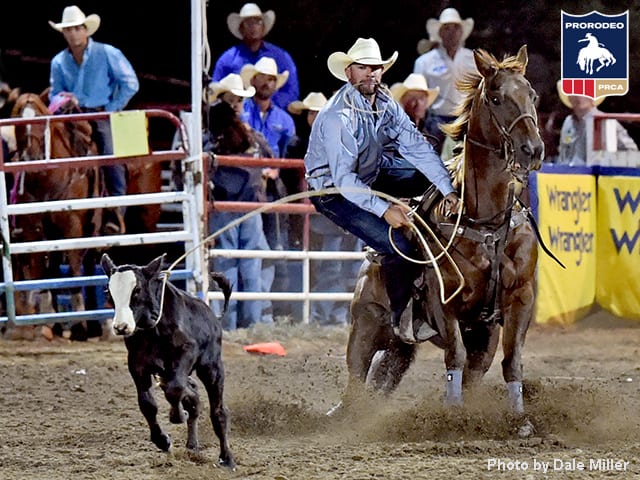 Injuries can ruin a cowboy’s season plans in an instant.

“We have a pretty good rapport,” Herrin said. “The first rodeo I rode Rambo at this season was Grand Island (Neb.) in the middle of March right before COVID-19 hit. Then when rodeos started coming back, Rambo and I started putting things together.”

Herrin earned $10,438 over the Cowboy Christmas run, highlighted by winning the World’s Oldest Rodeo in Prescott, Ariz., July 5 to earn $6,282. He followed that by claiming the Parker County Sheriff’s Posse Frontier Days and PRCA Rodeo title in Weatherford, Texas, July 11 and earning $2,822.

“It feels good to just be rodeoing in general,” Herrin said. “Of course, the goal is to make the NFR. It’s not going to be easy to win gold buckles here on out with the competition that’s out there.”

Herrin’s going to be busy in the coming days. He’s up in Nephi, Utah, July 18 and then scheduled to compete in Deadwood, S.D., Burwell, Neb., and Spanish Fork, Utah.