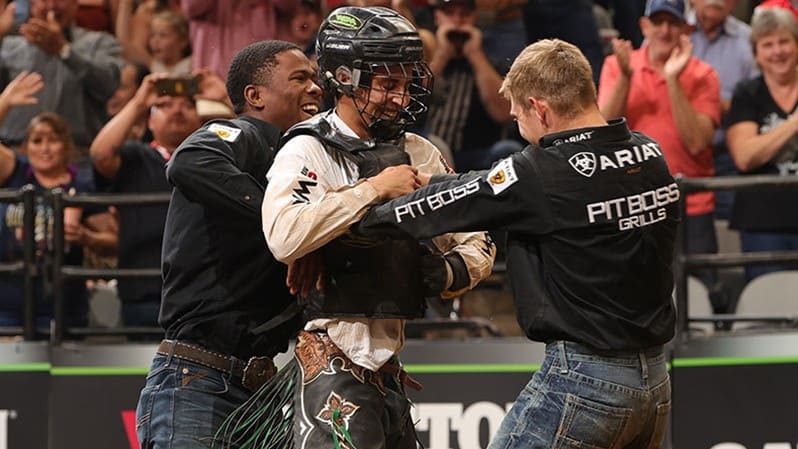 Before this season, the record for highest-scoring ride in PBR history stood at 96.5 points since 1999, and no rider had even matched it since 2004. With Dalton Kasel’s eye-popping ride in San Antonio this weekend, two riders have beaten that old record in the past three months. Plus, Woopaa’s historic season continues, there’s a new man to beat in the Rookie of the Year race and more. Miss a moment of the action this weekend? Here’s what happened around the PBR.

Dalton Kasel kicked off the PBR U.S. Border Patrol Invitational, presented by Ariat, with a Round 1 victory…

…and finished it up with the event victory and a 96.75-point ride on Woopaa, giving him the second-highest score in PBR history. Not bad for a weekend of work.

The two highest-scoring rides in PBR history have something in common: Woopaa, the frontrunner in the YETI World Champion Bull race.

World No. 3 Cooper Davis finished fifth in Round 1 – and fifth in the overall event average – to inch closer to No. 1 Jose Vitor Leme in the world title race.

Junior Patrik Souza’s second-place finish in San Antonio makes him the new leader in the Rookie of the Year race.

…while Jake Gardner took the overall event win, his first on the elite Cup Series.

Kurt Shephard won the Rockhampton Invitational, his second event win of the season, to surge to No. 2 in the PBR Australia standings. 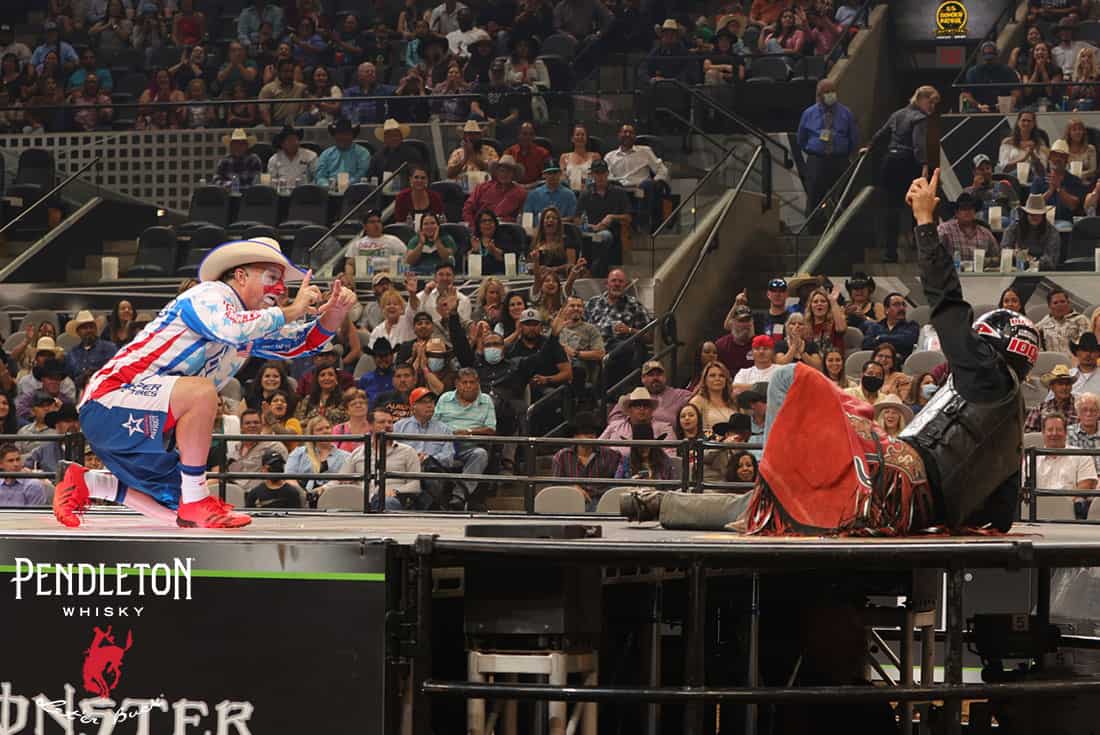 Check out the best photos from day one and day two in San Antonio.

The Pendleton Whisky Velocity Tour next heads to Wheeling, West Virginia, for the Wheeling Invitational on Oct. 8-9 (RidePass on Pluto TV on Oct. 8 at 8 p.m. ET).