Kaique Pacheco finished No. 2 in the 2022 world title race and then won the Team Series Championship with the Nashville Stampede – this weekend, he made sure we all remembered what he can accomplish. Plus, Jess Lockwood is finally back in action, the Velocity Tour crowned a few winners, and more. Miss a moment of the action this weekend? Here’s what happened around the PBR.

2018 World Champion Kaique Pacheco had yet to stake his claim on the 2023 world title race, but that all changed in Duluth, Georgia. Pacheco went 3-for-3 to take the event win, skyrocketing to No. 3 in the standings.

On a chillier-than-normal day in Duluth, was there anyone better than the Ice Man to earn the victory?

In other World Champion news, two-time World Champion Jess Lockwood returned to competition nearly a year since his last premier series out, tying for the Round 1 win with Koltin Hevalow.

The self-proclaimed “barrel racing boyfriend” admits he’s not yet in bull riding shape but is thrilled to be back in the chutes.

…but Mauricio Moreira emerged victorious thanks to a 2-for-3 showing.

In Reno, Nevada, Austin Richardson stayed hot with a Round 1 win…

…but Dawson Branton won the Reno Rumble for the first Velocity Tour win of his career.

In the Touring Pro Division…

Through the lens with BullStockMedia 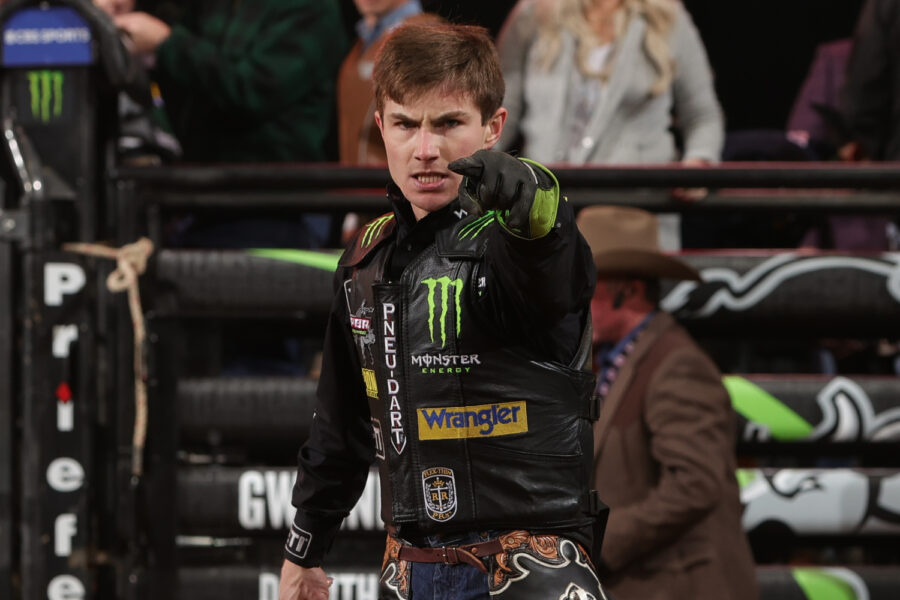 Check out the best photos from Duluth.

Everything he sees is just blue, like him, inside and outside.

In the Touring Pro Division, the PBR Stockyards Showcase continues in Fort Worth, Texas, on Jan. 26 (8:30 p.m. ET on RidePass on Pluto TV), while the Rainsville Bull Bash hits Rainsville, Alabama, on Jan. 27-28.