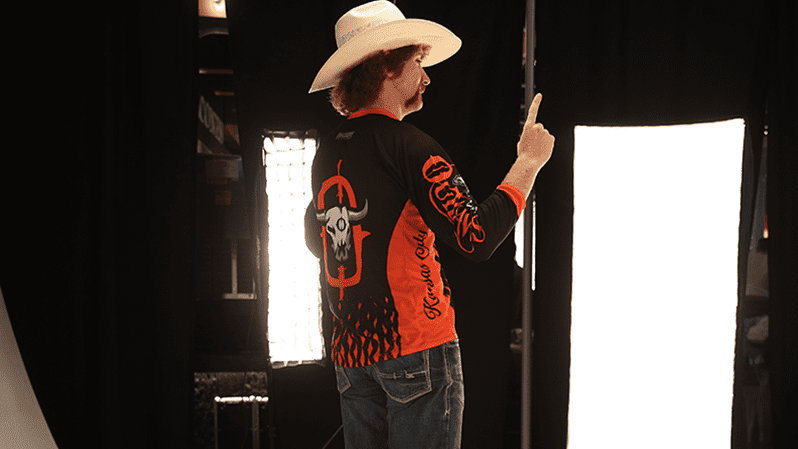 Throughout the regular season, each team will compete in 28 head-to-head, five-on-five bull riding games¸ held across 10 events. The team with the highest aggregate score will be the game winner, and ties will be allowed.

Each team will host a three-day homestand, welcoming the seven other teams, while also competing in two neutral-site events, beginning with the season-launch event on July 25-26 in Cheyenne, Wyoming. The season will conclude in Las Vegas on Nov. 4-6 when the teams will go head-to-head in the PBR Team Series Championship, vying to be crowned the Team Series Champions.

When the 2022 season gets underway July 25-26 in Cheyenne, Wyoming, the Kansas City Outlaws will compete against the Oklahoma Freedom and Texas Rattlers.

During the preseason, the Outlaws won the first-ever event in Bismarck, North Dakota compliments of a perfect 2-0 effort in their opening games. First beating the Nashville Stampede, then besting the Oklahoma Freedom, the Outlaws clinched the event win when first-round draft pick Dalton Kasel registered an impressive 90.75-point ride in the bonus round.

As the preseason continued in Tryon, North Carolina, the Outlaws tallied another victory when they shut out the Missouri Thunder 172-0.

Following the event in Cheyenne, the Outlaws will host their inaugural homestand Aug. 5-7 in Kansas City, Missouri, at T-Mobile Center, the second event of the 2022 PBR Team Series season.

During their first-ever home event, the Outlaws will play the Arizona Ridge Riders on Aug. 5, Nashville Stampede on Aug. 6, and Missouri Thunder on Aug. 7.

The Kansas City Outlaws’ complete regular-season schedule is as follows:

The CBS Television Network, Paramount+, CBS Sports Network or Pluto TV will carry all games played in the 2022 Teams regular season, as well as the three-day playoff and championship event November 4-6 from T-Mobile Arena in Las Vegas. PBR RidePass on Pluto TV will offer re-airs and on-demand replays of all the action. PBR RidePass is available on desktops, laptops, and mobile devices via www.pluto.tv. Tune to channel 720 for the latest programming schedule.

Highlighting the schedule each weekend is the Game of the Week, which will either be carried by the CBS Television Network and streamed on Paramount+ or televised on CBS Sports Network. The Kansas City Outlaws will be featured in the Game of the Week on Aug. 7 when they play the Nashville Stampede in Kansas City, Missouri, and on Aug. 21 when they again square off against the Nashville Stampede in Nashville, Tennessee.

For the complete game schedule for all teams, click here. The full broadcast schedule can be found here.

Tickets for the Kansas City Outlaws’ three-day homestand Aug. 5-7 are on-sale now, and start at $20, taxes and fees not included. Tickets can be purchased online at AXS.com, T-MobileCenter.com and PBR.com, or by calling PBR customer service at 1-800-732-1727.

Held alongside the bull riding event, the team will also host the Outlaw Days Concert on Aug. 6 at KC Live! in the Power & Light District to be headlined by Josh Abbott Band, with special performances by David Lee Murphy and David Nail. The Outlaw Days Concert will begin on Saturday, August 6 at 1:30 p.m. David Nail will first take the stage, followed by David Lee Murphy at 3:00 p.m. and Josh Abbott Band at 4:45 p.m.

Tickets for the Outlaw Days Concert are on sale now and can be purchased at AXS.com. General Admission tickets are available for $20, and VIP Packages start at $50.