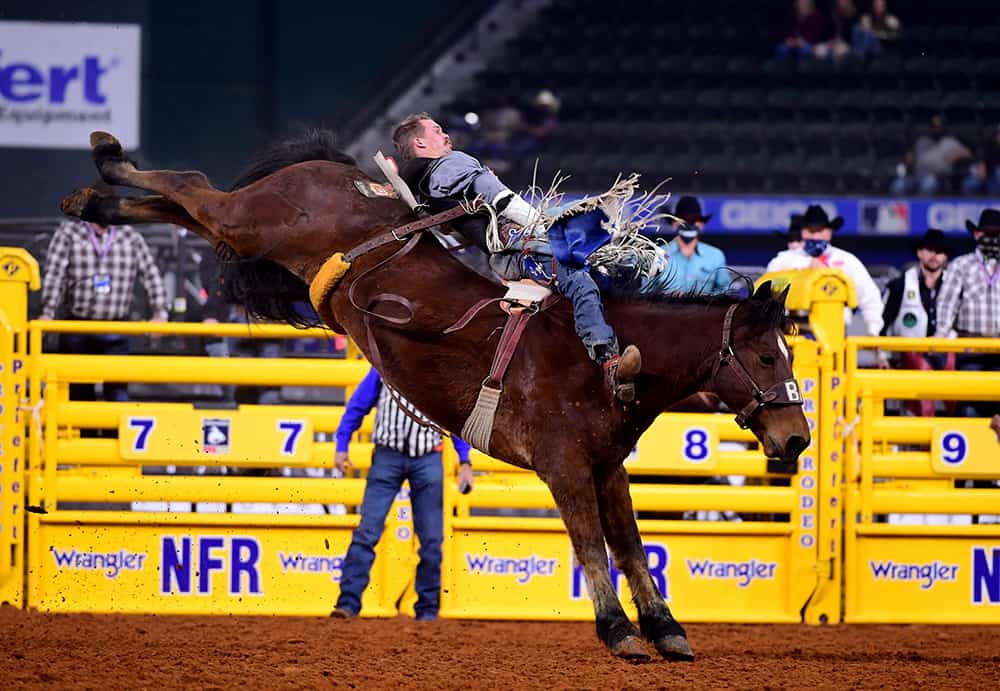 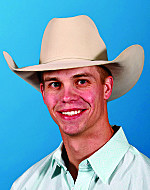 By on top, he means he escaped the monsters. There are times cowboys have to slay dragons, and Larsen did that with an 85-point ride on Beutler & Son Rodeo’s Redigo. For that, he pocketed $13,327 and pushed his season earnings to $141,949, of which $60,558 have come over the last 10 days in ProRodeo’s grand championship at Globe Life Field.

“Beutler horses are known to get a few bags of ice on your arms afterwards,” he said, talking about the battle between man and horse, especially on the toughest-to-ride broncs in the game. “I have been on that horse before. He’s really uphill, long and strong. Those stronger horses are what I like to think I thrive on. I’m just happy to get some money.”

There was a time at this NFR that he thought that might not be possible. He didn’t place in the first five rounds, but he’s been hot over the last three nights. That’s where all but the $10,000 bonus for qualifying have come from. He earned $11,000 in Round 6, then won Round 7 before falling to third on Thursday.

“We need to work on the first and second half together; we need to coordinate those two,” he said with a laugh. “There are still two rounds left, and that is still a lot of rodeo.”