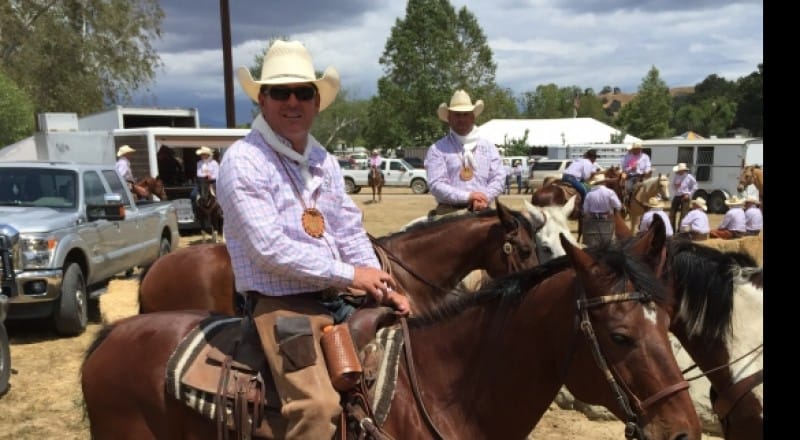 LAS VEGAS – Bo Gardner, the vice president of corporate marketing for Las Vegas Events, has been named to the board of trustees for the ProRodeo Hall of Fame and Museum of the American Cowboy.

Gardner has extensive experience in corporate marketing and leads those efforts at Las Vegas Events, including the management of all sponsorship sales for the Wrangler National Finals Rodeo. He also serves as the general manager of the YETI Junior World Finals, the preeminent youth rodeo event held annually during the Wrangler NFR.

“We are pleased to announce the addition of Bo Gardner to the board of trustees,” said Kent L. Sturman, director of the ProRodeo Hall of Fame and Museum of the American Cowboy. “His passion for the Western lifestyle and dedication to the sport of rodeo made this an easy choice, coupled with the fact that the PRCA has a long-standing partnership with Las Vegas. It seemed appropriate that we have a representative from the home of the NFR. We look forward to working with Bo to advance the mission of our organization.”

A native of Buckeye Lake, Ohio, Gardner found success growing up in both horsemanship and academics. He competed on the OQHA circuit and later earned a scholarship from the American Quarter Horse Association and attended The Ohio State University in business management.

Gardner’s first two ventures into sales and sponsorship were through Anheuser Busch, initially in Ohio and then with Nevada Beverage Company, based in Las Vegas. A few of his responsibilities included coordinating and implementing brand sponsorships in the local Las Vegas market with events such as the Bud Light PBR World Finals, Budweiser World Cup and the Busch NASCAR Series. He also enjoyed developing Ambassador partnerships with entertainers and athletes such as Tim McGraw, Dierks Bentley, Kevin Spacey and Tuff Hedeman.

Gardner joined the LVE staff in 2013 and continues to develop incremental sponsorship opportunities for the Wrangler NFR and JWF. In addition, he manages The Cowboy Channel Cowboy Christmas, the official gift show of the Wrangler NFR.