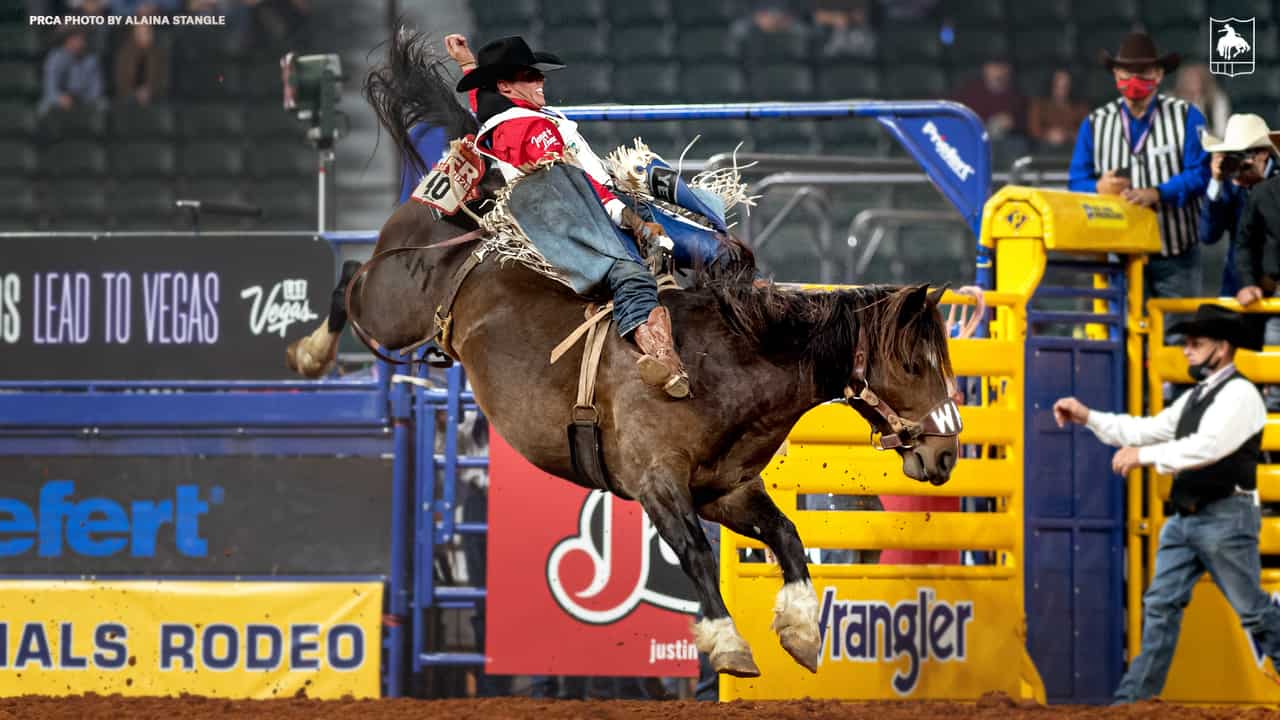 “She was down at Cullen Pickett’s (in Fairfield, Texas),” Ward Macza said. “I bred her to Night Jacket’s son. A month and half ago, on grass, it’s impossible, but she coliced. Mandy Pickett rushed to her to a specialty vet by Houston, and they did surgery and saved her life, and she was doing good. With big horses like her, they are susceptible to founder because of all the anesthesia they have to give them to knock them down (for surgery). She was getting better, (but) she was favoring a foot, and the founder got so bad her foot fell off. She was in pain so I put her down.”

“She was at Pickett’s ranch for a year and a half getting bred with Night Jacket’s studs,” Macza said. “I want to give a great thanks to Mandy and Cullen Pickett because they went above and beyond to do the best they could and give her the best care.”

Spilled Perfume competed at the Wrangler National Finals Rodeo from 2015-20. At the 2020 Wrangler NFR at Globe Life Field in Arlington, Texas, Spilled Perfume bucked off Jamie Howlett (Round 3) and Richmond Champion (Round 8).

“She was good from the first time we bucked her,” Macza said. “She’s out of Major League and Juice Newton, and she was good right from the get-go. Even until the end, she wasn’t one of those quiet horses. My favorite saying on her was she was for the advanced rider. There was nothing easy about her.”

Macza recalled two memorable outs for Spilled Perfume, both in 2019 – Caleb Bennett’s 93-point ride on her in the finals of the San Angelo (Texas) Rodeo and Kaycee Feild’s 91-point trip on her in the short round of the Caldwell (Idaho) Night Rodeo.

“That was the only two times they rode her that year,” Macza said. “Cowboys were either a bunch of points on her or they were eating dirt. Cowboys did not ride her very much.

“This is a super tough loss to have her pass away. She helped my rodeo career. She was the first horse I had ranch-raised of that level. She was nice to be around, but once you started sorting her and getting her in the chutes her mane didn’t lay on the proper side all the time.”