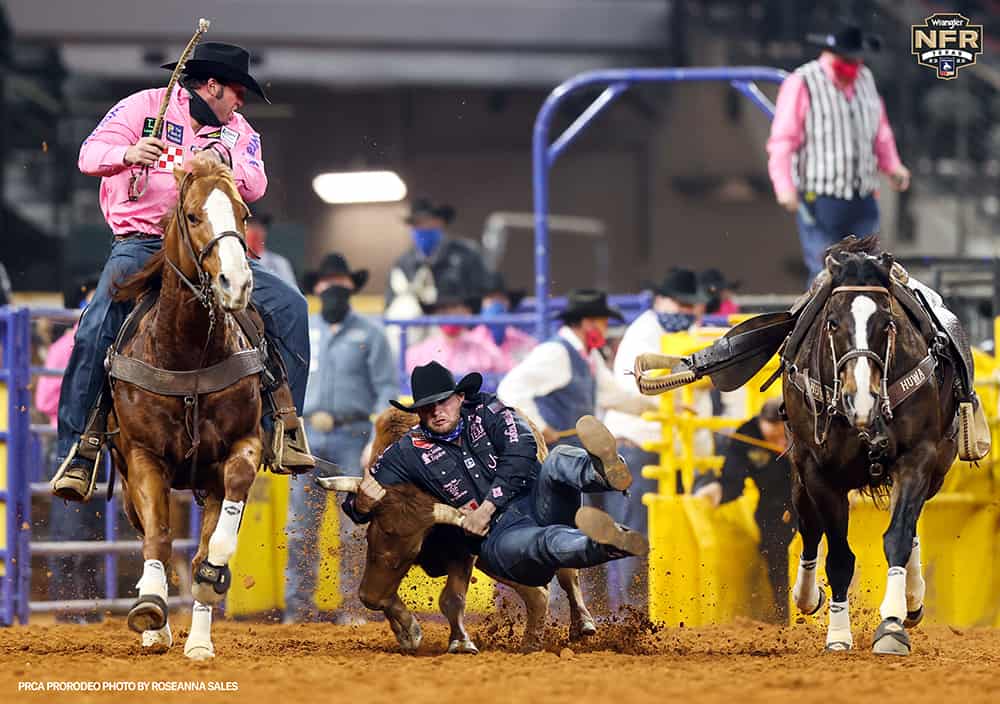 ARLINGTON, Texas – Maybe Jace Melvin has found the secret to his success.

On the eve of this year’s Wrangler National Finals Rodeo, the Stephenville, Texas, steer wrestler originally from Fort Pierre, South Dakota, slept in his own bed. He got up the next morning and practiced at home before making the commute to Globe Life Field in Arlington, Texas.

He placed in the opening round. Since then, he just missed out on the money in Round 2, then struggled in Rounds 3-4. He went back home Sunday night, then hit the practice pen Monday morning. Again, it paid off, but even better this time with a 3.9-second run to earn a share of the fifth-round title at Globe Life Field. 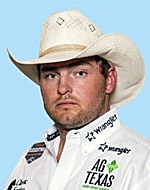 “I’m super excited,” said Melvin, who split the round with Texan Matt Reeves. “I drew good. That’s the key part of doing good is drawing right. I drew a great steer, took my start and got a great start tonight.

“Today was just a great day, and I felt really good,” he said. “I was a little bit more relaxed tonight. I broke a couple of barriers, and I think I was a little worked up about that. I just let it go today. I’ve just got to have fun take the start and live with it. You’re either on the right side or the wrong side of it, but that’s all right.”

A key part of being a competitor is letting go of failures. They come with playing a game, especially one as rugged as this one. Throughout the season, big wins are oftentimes followed by runs that don’t work out. There’s typically no time to stew about it; the next run is not far away.

“I feel like I got back to that today,” Melvin said. “Everywhere you go, you have to take a starat, and there’s not room for error. I think I was overthinking it the first few rounds. I just need to try to be relaxed and have fun. I went in there and took the start, and it worked out great. I set up my run, and it allowed me to win something.”