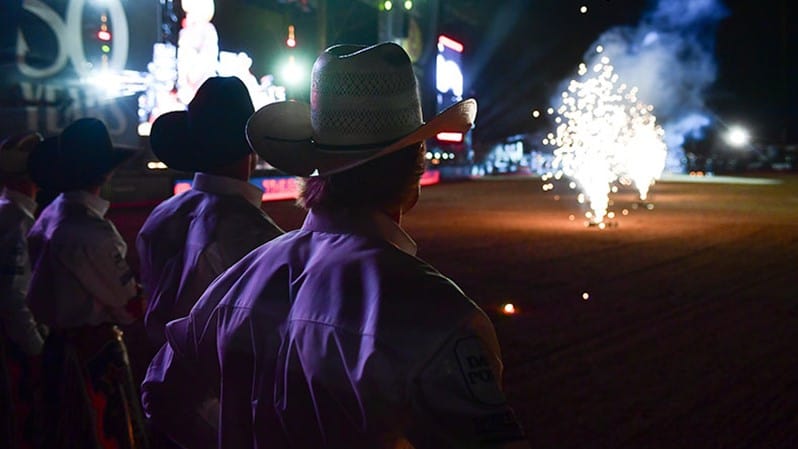 PUEBLO, Colo. – The 2022 PBR Team Series Championship in Las Vegas is a month away, and time is dwindling for any teams looking to make one final major splash and adjust their roster in time for the postseason (Nov. 4-6 at T-Mobile Arena).

The PBR Team Series trade deadline is set for Oct. 6, and teams will have until 11:59 p.m. MT on Thursday to make a trade. The League Office extended the trade deadline two days following requests from team general managers.

As of Monday morning, the PBR Team Series has seen three trades occur since the league was founded.

The first trade remains the most significant, with the Carolina Cowboys making a blockbuster deal at the 2022 PBR Team Series Draft, presented by ZipRecruiter, to acquire 2022 World Champion Daylon Swearingen and Mason Taylor from the Texas Rattlers in exchange for Joao Ricardo Vieira and Cody Jesus. The teams also swapped third-round draft spots, leading to Texas selecting Brady Fielder at No. 26 overall and Carolina taking Ramon de Lima with No. 30.

Coincidentally, the Cowboys ended up trading Lima over Labor Day Weekend to the Austin Gamblers for a 2024 second-round draft pick and cash considerations.

The other trade so far also involved Carolina General Manager Austin Dillon and Texas GM Mark George when Carolina sent Junior Patrik Souza to Texas for Ednelio Almeida at the end of August.

We will see if the anticipated trade deadline leads to any further moves this week before Rattler Days in Fort Worth, Texas (Oct. 7-9).

In addition to the trade deadline, teams have until 6 p.m. MT on Monday (Oct. 3) to attempt to make an offer to sign any rider off another’s team’s practice roster.

Following Monday night, teams will not be permitted to sign another team’s practice roster riders until the offseason under the roster lock rules (see below).

Roster Lock Date & Transactions for the rest of the season

Not only is Oct. 6 the trade deadline, but it is also the roster lock date for the final two regular-season events (Rattler Days in Fort Worth, Texas, & Ridge Rider Days in Glendale, Arizona) and the 2022 PBR Team Series Championship in Las Vegas.

What does this mean?

Teams will still have seven protected riders, five practice roster riders and two available injured reserve spots for the remainder of the season, but teams will not be allowed to drop a rider to sign a free agent unless there is an injury affecting its roster, with a new IR designation by the team.

Teams are still permitted to drop a healthy rider from their roster if they so choose, but they will not be allowed to replace that rider with another rider until the offseason.

Therefore, the rosters teams have on Oct. 7 will likely be the final rosters they use come Las Vegas and the postseason. All eight teams in the league qualify for the PBR Team Series Championship, with the top two finishers in the regular season standings receiving a first-round bye.

There is only one way a rider who is not on a team’s locked roster on Oct. 7 can join a new team:

There will be only select transactions allowed beginning on Oct. 7: