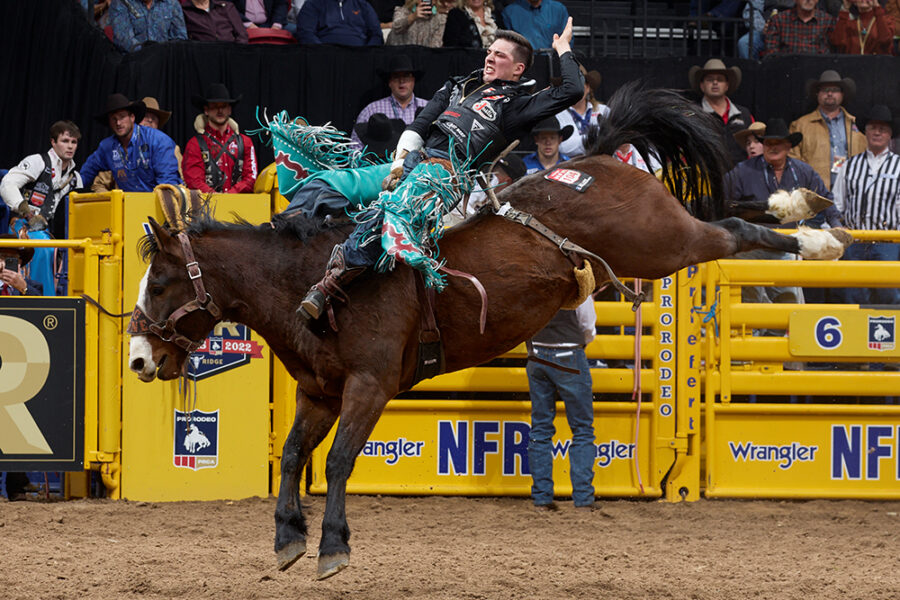 LAS VEGAS – It may have been an inside joke, but it’s turned into the tune of magic being made at the Wrangler National Finals Rodeo.

That was two years before he was born, but Pope’s moves to the music were just part of his celebration of a second go-round victory and his sixth night of placing through seven go-rounds of the National Finals Rodeo.

“This year at Caldwell (Idaho), me and Tim (O’Connell) didn’t have anywhere to be the next day, so we were just hanging out,” Pope said. “The announcer was Randy Corley, and we were trying to distract Randy as much as possible. Him and Benje started messing with us back, and they played the ‘Macarena.’

“Then Randy asked over the (loud speaker) for a Cowboy Channel representative to come behind the bucking chutes. There we were stuck having to do the ‘Macarena’ on national TV. I’m probably the worst dancer in the world, but when they play it, I’ve got to do it.”

He’s dancing his way to a Montana Silversmiths gold buckle. The $28,914 he earned Wednesday night pushed his NFR earnings to $131,717 and his season salary to $290,976. He is also first in the all-important average race with a cumulative score of 606 points on seven rides. His closest competitor in the average is six-time world champion Kaycee Feild, who is 11.5 points behind.

Field is also the No. 2 man in the world standings, and Pope owns a lead of nearly $74,000 heading into the final three nights of the ProRodeo campaign. 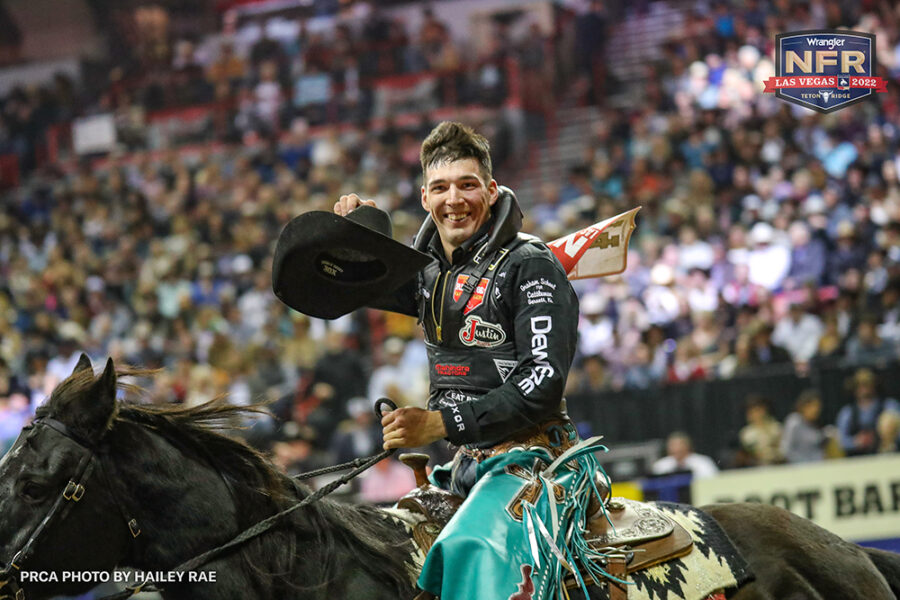 Jess Pope acknowledges the crowd as he rides his victory lap after winning Wednesday’s seventh round of the National Finals Rodeo.
(PRCA PHOTO BY HAILEY RAE)

“I’ve had a blast this whole week,” said Pope, a two-time NFR average champion who finished second in the world standings last year and third the year before. “Things have been going good for me so far. We’ve got three more, so we’re going to see what happens.”

It’s been a building process for the cowboy from Waverly, Kansas, who came into the NFR in second place after a tight race for the lead in the world standings with Cole Reiner. Both knew the world title would come down to what happened in Las Vegas. Pope’s ride on Mayhem was just another bit of evidence to the type of week he is having.

“My confidence is the same as when I got here. All 15 of us have the same kind of confidence. We all know that we are good, because if we weren’t good, we wouldn’t be here. With success, you build off it. It makes it more exciting and makes you want to come back for more.”

Pope is coming back for more. This is his second go-round buckle of this NFR, and he has more buckles he hopes to take away from Las Vegas by the time this week is complete.