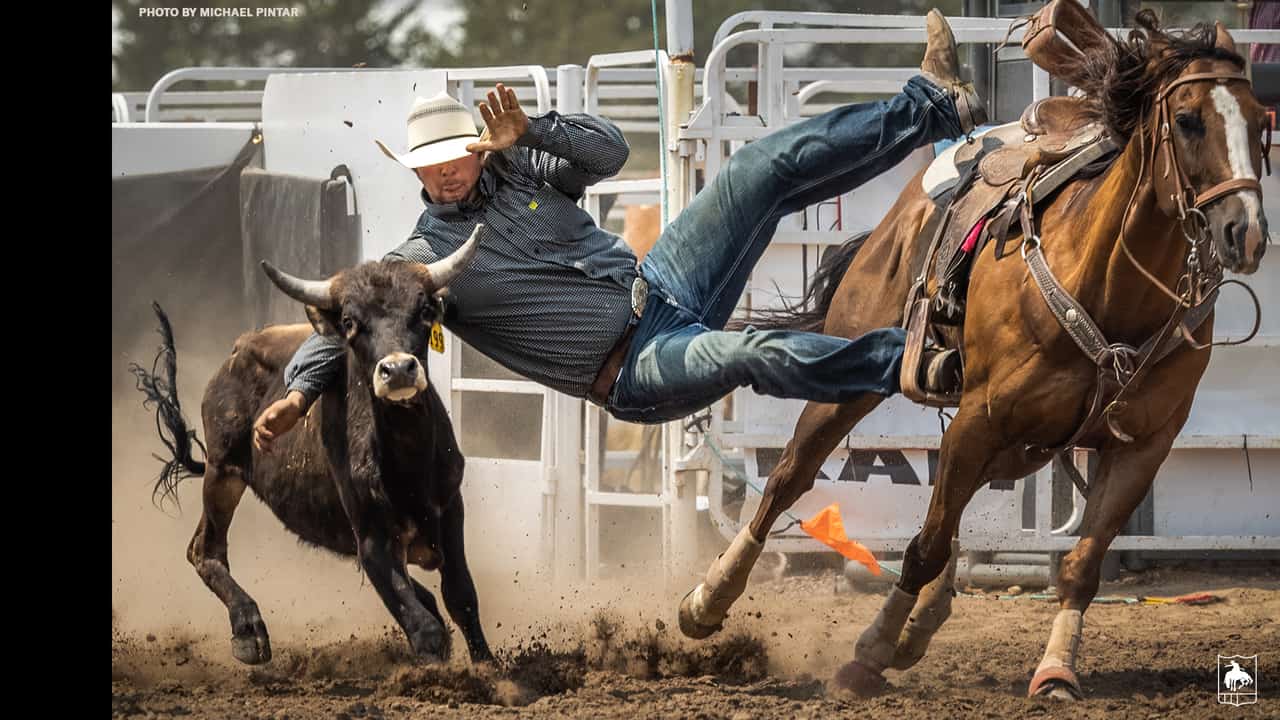 Kalane Anders was on the verge of qualifying for the Wrangler Nationals Finals Rodeo a year ago but came up $11,000 short of the Top 15.

This season, he’s right back in the hunt to qualify for his first NFR, and a career-best run last week at the Yuma (Colo.) County Fair & Rodeo Aug. 10 helped his cause.

The Bayard, Neb., steer wrestler put together a 3.1-second run to win the rodeo. The run clocked the third fastest time this season in the PRCA and the top time of the week of Aug. 9-15. He knew coming into the matinee performance he had the opportunity to be quick.

“I went there and rode my buddy’s (Aaron Vosler) horse and knew I had a really good steer that day,” said Anders, 26. “Nick Guy ran that steer in Sterling (Colo.) and won the rodeo with a 3.6 on him. So, I knew I had a good chance to be fast in Yuma.

“Once you’re on the ground that steer pretty much does the work for you. So, I just stayed out of his way, threw him to the ground and was able to put together the best run of my career.”

The payday in Yuma bumped Anders up to 29th in the latest PRCA | RAM World Standings with $28,814. He already has his spot locked up for the RAM Mountain States Circuit Finals Rodeo, but in 2021 he has his sights set on the sport’s biggest stage.

“I’m not in a terrible spot to make the finals this year, so I’m really working toward that,” Anders said. “I just need to keep going at them as hard as I can this fall and try to get myself into the Top 15 and accomplish my goal of qualifying for the NFR. I think I can build off this performance, knowing that I can put together runs like that all the time.”

Below are the other top times and rides for the week of Aug. 9-15.

Rhett Anderson and Max Kuttler had the fastest team roping time this past week. The duo stopped the clock in 4.1 seconds at the Missoula (Mont.) Stampede Aug. 12.

Two cowboys tied for the best saddle bronc riding scores of the week. Ben Andersen put together a 90.5-point ride on Calgary Stampede’s Special Delivery in Hermiston Aug. 13, while Jake Finlay had an identical score on Burch Rodeo’s Lunatic From Hell at the United States Open Xtreme Broncs Match in Faith, S.D., Aug. 11.

Ty Harris continued his standings climb with the fastest tie-down roping time of the week. He clocked a 7.4-second run in Hermiston Aug. 14.

Joey Williams had the fastest breakaway roping time of the week. She put together a 1.9-second run at the Missoula Breakaway Roping Aug. 12.

Josh Frost scored the top bull riding score of the week. Frost proved he’s among the elite with a 92-point ride on Powder River Rodeo’s Chiseled at the Lawton (Okla.) Rangers Rodeo Aug. 11.

Garrett Hale clocked the fast steer roping time. He had an 8.4-second run in Yuma Aug. 12.