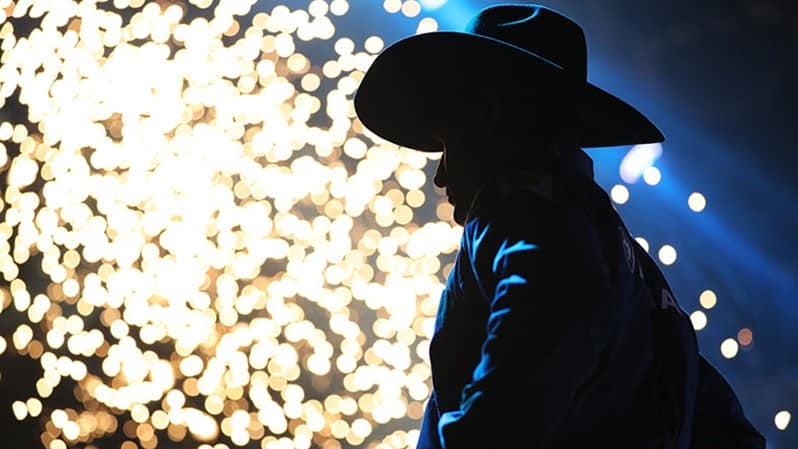 DULUTH, Ga. – Following a one-year hiatus, the PBR (Professional Bull Riders) Unleash The Beast will return to Duluth, Georgia in 2022, bucking back to the Peach State Jan. 22-23 for the PBR Gwinnett Invitational at Gas South Arena.

The 2022 PBR Unleash The Beast event in the greater Atlanta area will mark the sport’s 17th event in the region following a one-year hiatus in 2021 due to the COVID-19 (coronavirus) pandemic.

PBR’s most recent event in Duluth in March 2020 was of historic proportions.

Following the onset of mass gathering restrictions for the COVID-19 (coronavirus) pandemic, the Unleash The Beast event was held without fans and with a scaled-down production staff, marking the first made-for-television live sporting event safety held during the global health crisis.

Dener Barbosa (Paulo de Faria, Brazil) went a perfect 3-for-3 at the history-making event, winning the tour stop that came to be regarded as “the rankest practice pen of all time.”

The 2016 PBR Brazil Champion clinched the golden finish when he covered Bullseye for an impressive 91 points in the championship round.

PBR World Champions have won seven of the 16 PBR premier series events held in the greater Atlanta area. Reigning PBR World Champion and current World No. 1 Jose Vitor Leme (Ribas do Rio Pardo, Brazil) was the most recent contender to accomplish the feat, topping the field in Duluth in 2019.

The PBR premier series’ return to Duluth comes on the spurs of a season for the ages for 2019 PBR Gwinnett Invitational Champion Leme. Pacing to become just the second back-to-back PBR World Champion in league history, Leme has been re-writing the league’s record books.

In August, Leme shattered the PBR’s all-time high-marked ride record when he rode Woopaa for a monstrous 97.75 points. Just one month later, he set a new season record for most 90-point rides in one year, now with an unprecedented 21 thus far in 2021.

The bull riding action for the 2022 PBR Gwinnett Invitational begins with Round 1 at 6:45 p.m. EST on Saturday, January 22, followed by Round 2 and the championship round at 1:45 p.m. EST on Sunday, January 23. All competing bull riders will get on one bull each in Rounds 1-2. Following Round 2 Sunday afternoon, the riders’ individual two-round scores will be totaled with the Top 12 advancing to the championship round for one more out and a chance at the event title.

PBR Elite Seats are available for avid fans who want an exclusive VIP experience while enjoying the world’s top bull riding circuit. These tickets, available in two tiers, offer premium seats, a question-and-answer presentation with some of the top bull riders and stock contractors in the world, a behind-the-scenes look at the event from the back of the bucking chutes, exclusive merchandise item, $10 concession voucher and souvenir credential and lanyard.

Fans will also have the chance to purchase the PBR VIP Elite Seats for $375, which also include a pre-show photo opportunity from the bucking chutes, and the PBR Elite Experience Seats for $275.

For an enhanced PBR experience, fans can now purchase add-on PBR Premium Experiences which will include the Elite Experience on both Saturday, January 22, and Sunday, January 23.

The Elite Experience, available for $75, will include a Q&A session with a select group of the league’s top riders, bullfighters and stock contractors, pre-event photo on the bucking chutes, arena concession voucher, Stars of the PBR book, and commemorative credential and lanyard.

For more information on PBR Elite Seats and PBR Premium Experiences, or to purchase the Elite Experience for the PBR Gwinnett Invitational in Duluth visit https://pbr.com/tickets/premium-experiences/.