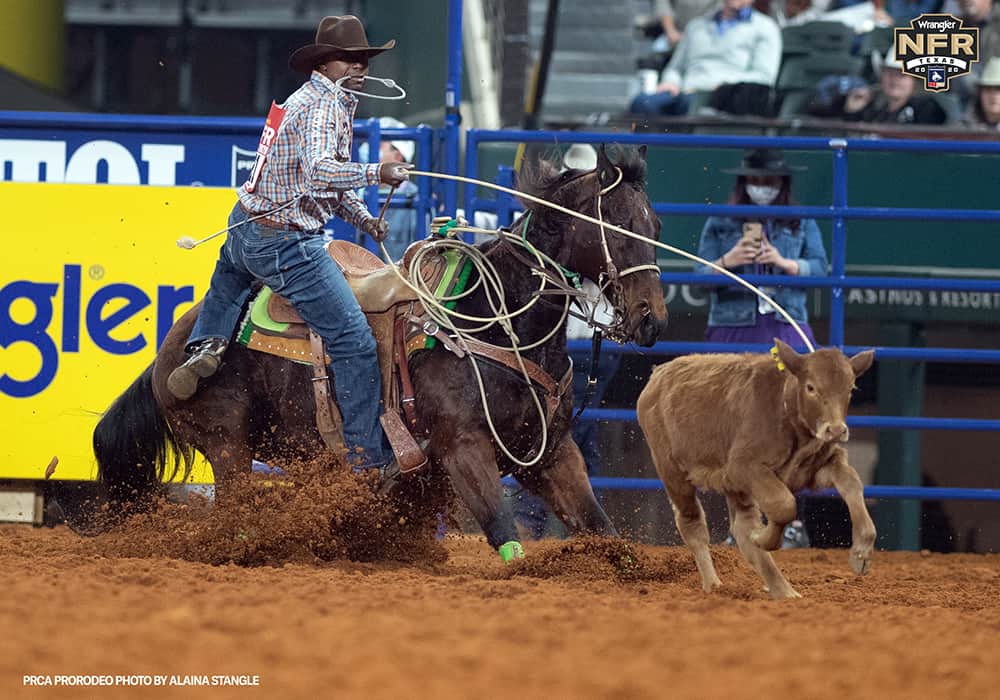 Cory Solomon of Prairie View, Texas, will be one of eight of the elite tie-down ropers in ProRodeo that will be part of The Eliminator contest Tuesday, Sept. 28, at the Waller County Fair and Rodeo in Hempstead, Texas. (PRCA PRORODEO PHOTO BY ALANA STANGLE)

HEMPSTEAD, Texas – When members of the Waller County Fair Board came up with the idea for The Eliminator tie-down roping competition seven years ago, directors were just seeking to do something unique for fans in southeast Texas.

They continue to pursue something extraordinary and, in recent years, have added an invitational ladies breakaway roping that is sanctioned by the WPRA, the same organization that sanctions barrel racing in ProRodeo.

The Eliminator has turned into a big deal, not only for those in attendance but also for the big-name cowboys that make it part of their annual schedules. Take this year, for example: Defending world champion Shad Mayfield has confirmed his place in the lineup, and he will be joined by seven other top-tier ropers.

That includes local cowboy Cory Solomon of Prairie View, Texas, and world champions Shane Hanchey and Caleb Smidt, both of whom have ties to the region; Smidt lives Bellville, Texas, and Hanchey, originally from Sulphur, Louisiana, but now lives in Carmine, Texas.

Also in the mix are 2019 world champion Haven Meged, 2017 world titlist Marcos Costa and National Finals Rodeo qualifiers Ty Harris and Marty Yates. All eight cowboys are among the top 10 in the world standings and are virtual locks to compete at this year’s NFR.

Hanchey has been part of The Eliminator competition since its inception in 2014, and there’s a good reason.

“I’ve made the trip over before I moved to Carmine, but I did that every year mainly for the fact that it’s something different and something us calf ropers look forward to,” said Hanchey, who sits atop the world standings this year who is gearing up for his 12th NFR. “It’s a different type of roping, and you’re going against the best guys in the world.”

The Eliminator – which offers $15,000 in added money – will be featured Tuesday, Sept. 28, and will be a big night of competition; the evening will include an open tie-down roping, which also draws a lot of the big names.

“I’ve never won The Eliminator, but I finished second twice,” Hanchey said. “I’ve won the open roping a couple of times, though.”

The 2021 regular season will conclude the end of September, and it’s been a long season for the cowboys that have been on the road making a living at rodeo. Still, it’s a refreshing stop to return to Hempstead for those that have been involved with it.

“The last thing a lot of us want to do is rope, especially coming from the (ProRodeo) Tour Finale in Salinas (California),” Hanchey said. “At the end of the day, we rope for a living, and what the committee there has done to grow that thing is great financially for us. When a committee has put that much into it, we want to show our support.”

Breakaway roping will take place Wednesday, Sept. 29, and will feature many of the top cowgirls. This year marks the second straight season for the National Finals Breakaway Roping, which will take place in conjunction with the NFR at Las Vegas in December. Money earned in Hempstead will count toward the 2022 season.

That’s the case for all the contestants heading to town to compete at the ProRodeo, set for Thursday, Sept. 30-Saturday, Oct. 2. Hundreds of contestants will try to kick off their 2022 campaign with a strong start at the Waller County Fair and Rodeo. Two years ago, for example, steer wrestler Jacob Edler placed high in Hempstead, then parlayed that into his first NFR qualification 2020 and eventually his first world championship.

“I really like our timing with the rodeo season,” said John Schluens, co-captain of the fair board’s rodeo committee. “Coming right off the end of the regular season, these cowboys are in good shape, and a lot of them are hungry to get a good start to the next year. We offer them that.

“October is a great time to be in southeast Texas, and they all recognize that. We don’t just draw cowboys from Texas; we get cowboys from all over the country.”