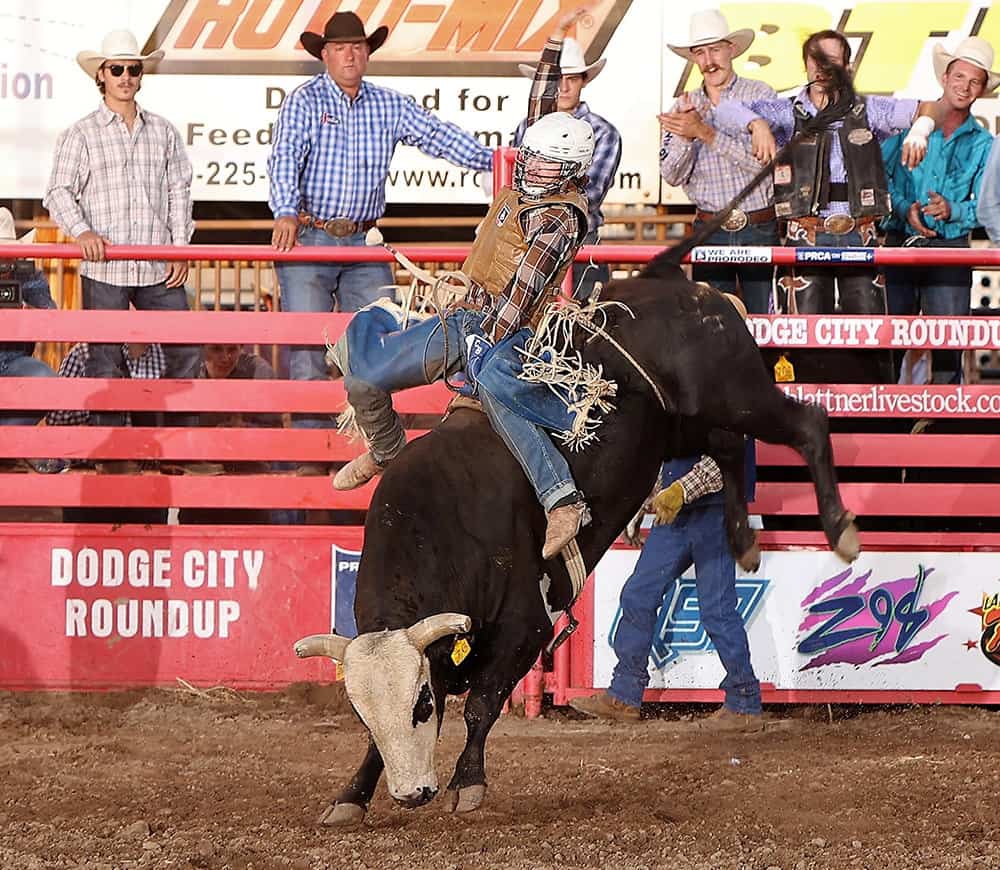 He’s just 18 years old, so maybe they just haven’t developed yet, but he let his actions do the talking during the Dodge City Roundup Xtreme Bulls Tuesday night.

“I’ve been to a few Xtreme Bulls, but I haven’t come out on top of one of them yet,” said Bass of Johnson City, Texas, who is competing this season on his PRCA permit with hopes of starting his rookie season in 2023. “I’m glad I got to do that here. It’s a good place to do that.”

Any win is a big win, especially for a young cowboy who is trying to make a name for himself. With several veterans in the field, the newcomer to the game showed them all what it means to come out on top. By doing so, he added $5,908 to his season earnings.

That will move him up one spot to No. 1 in the permit holders’ bull riding standings. He has increased his season earnings to just shy of $50,000 – that’s a pretty good wage for a teenager.

“I didn’t know the bull,” he said. “I knew he came from Frontier and should be good. I just did my job, and it turned out pretty good.”

It was the second biggest win of his season. A month ago, he won the bull riding title at the rodeo in Prescott, Arizona, pocketing more than $7,300. He’s doing quite well for a young cowboy who has yet to really embark on his career.

He’s a second-generation bull rider, following in the footsteps of his father. He roped calves and rode bulls in his younger days and just decided to stick with the bull riding. He returns to compete at Roundup Rodeo during Wednesday’s performance. He’d love to make his first trip to Dodge City as memorable as possible.

“I’m mostly focused on my rookie season next year,” Bass said. “I’d really like to make the (Wrangler National Finals Rodeo) in my rookie year.”

If Tuesday night is any indication, he stands a good chance to do just that.