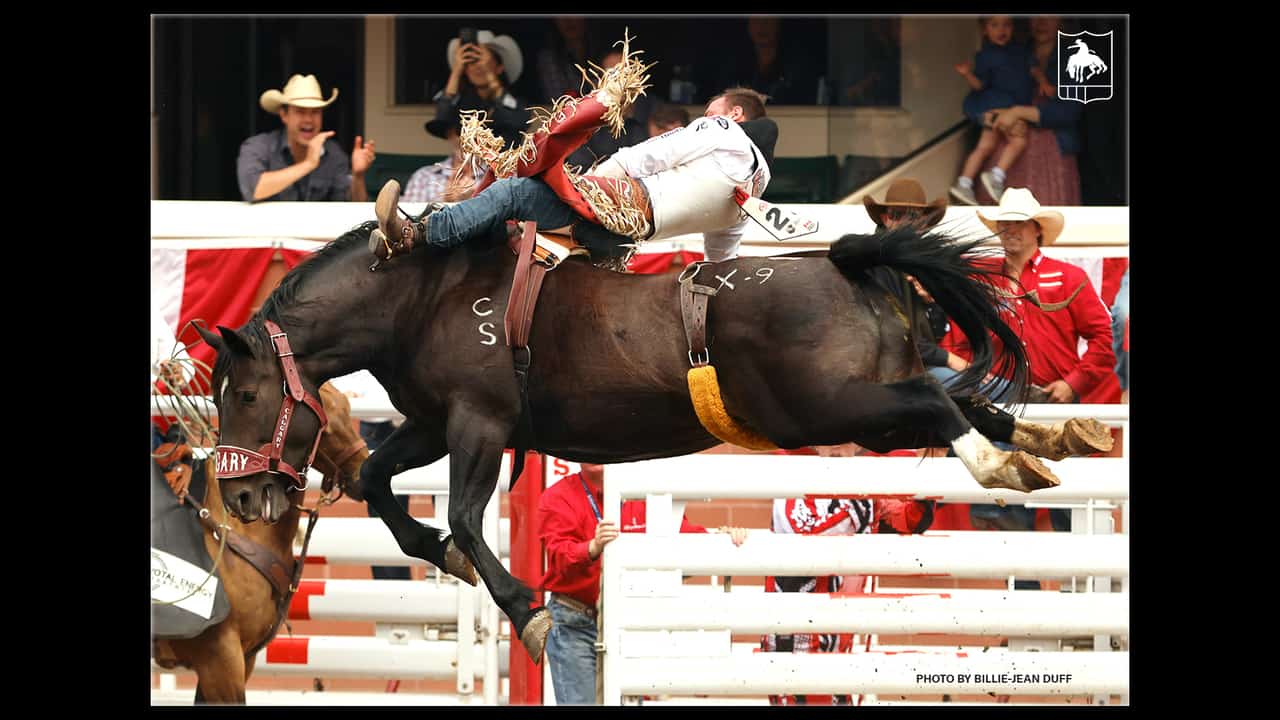 A crown from the Calgary Stampede.

The Zwingle, Iowa, cowboy registered a 93.5-point ride aboard Calgary Stampede’s Xplosive Skies in the Showdown final four round on Sunday to finally check off a long-awaited box.

“This was on my bucket list,” O’Connell said. “This is a world-renowned rodeo. This means more than the money.”

Well, the $50,000 check for winning the final round will lift him up, as well as earnings from winning the first and fourth pool rounds, along with the four-head aggregate, to certainly put him in the No. 1 spot in the next PRCA | RAM World Standings.

Six years ago, O’Connell reached the final-four round but couldn’t continue due to a broken hand suffered earlier in the rodeo.

On Sunday, he had to wait through a re-ride to finally realize a long-awaited goal.

“This was the first final four I’ve made since then, so I was a 100-percent nervous,” O’Connell said. “The level of riders and horses in that round, anything can happen.”

O’Connell, who had a 90-point ride in the 10-man semifinal round that secured his spot in the finals, ended up one point clear of Caleb Bennett, who finished runner-up with a 92.5- point ride.

“This horse does most of the work,” O’Connell said. “I watched this horse win a round at the NFR, (in 2020) and knew this was the one to have. I’ve had this one before, but he slipped, and I still had an 86. He kicked hard and his feet come at you quick, so you have to get back down. This means a lot with momentum working toward the end goal.”

O’Connell was battling through a rib injury that made things difficult with the rank Calgary Stampede horses.

“I’m more banged up than usual,” O’Connell said. “I took a rigging to my ribs a few weeks ago, but I’m going to fight through it. I’ve never had a rib injury before, but I’ll have to suck it up.”