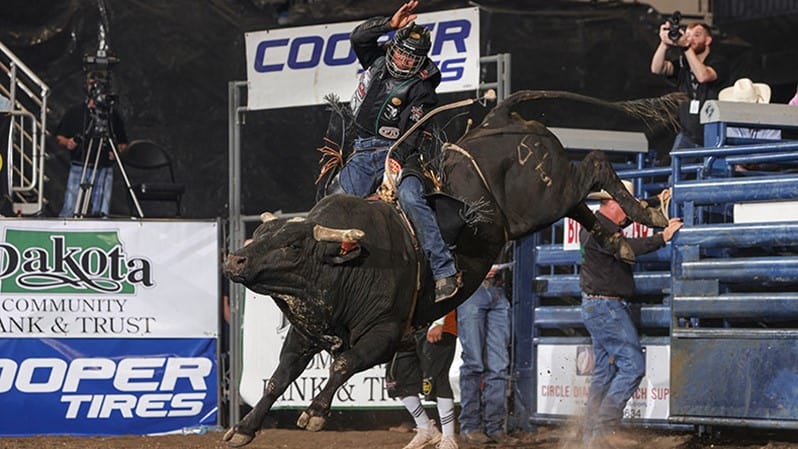 Day 2 of the Dakota Community Bank & Trust PBR (Professional Bull Riders) Bull Riding Challenge started with five consecutive buckoffs until Ednélio Almeida (Cacoal, Brazil) put up an 84-point ride aboard Quickfire (Heald Pro Bulls/Clay Struve/Dakota Rodeo/Chad Berger). The qualified ride into Almeida’s hand and around to his left was enough to lead the Texas Rattlers (1-1-0) to their first victory of the weekend in shutting out the Arizona Ridge Riders (0-2-0). The Ridge Riders could not respond with a qualified ride in their five outs and were blanked by the Rattlers, 84-0.

“We’re more concerned with practicing than the scores,” Texas Rattlers coach Cody Lambert said after the team’s first win of the weekend.

“Making the 8 seconds for this game is really important,” added Ednélio Almeida. “Everything is new, everything is exciting. Eight seconds to win is really good for us.”