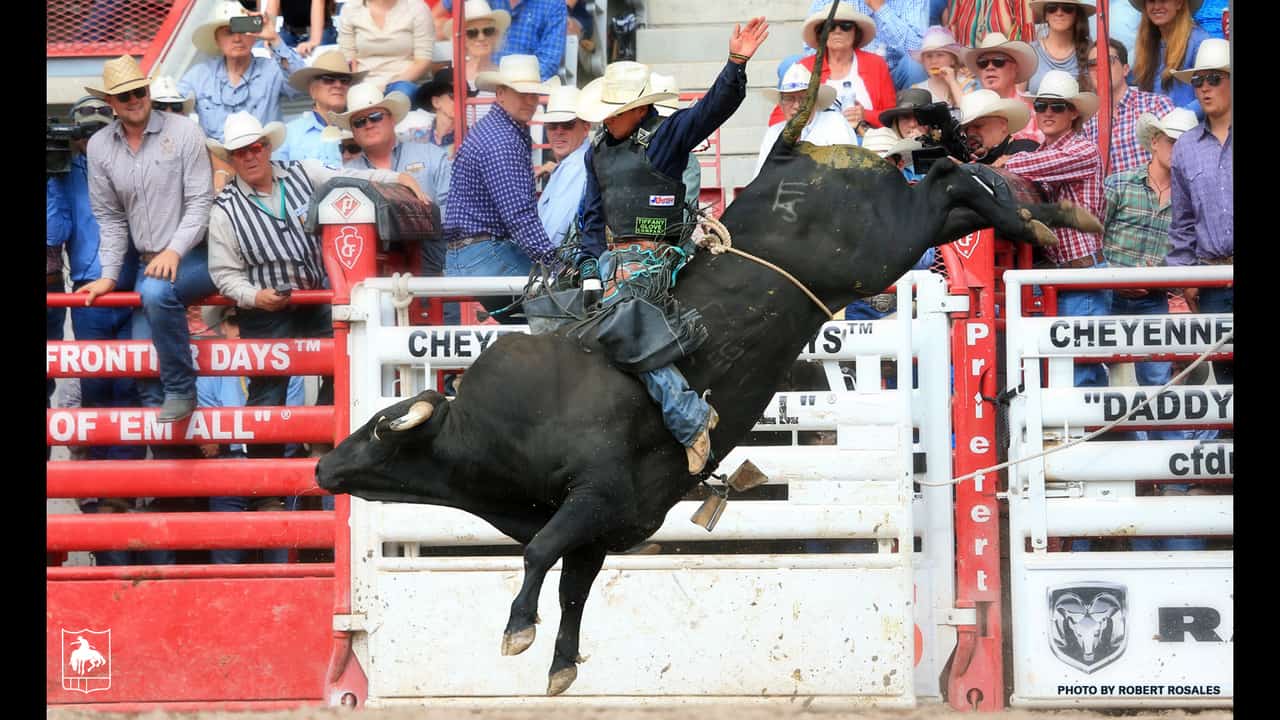 Laramie Mosley has yet to qualify for the Wrangler National Finals Rodeo, but that may all change this season.

The Palestine, Texas, bull rider is having his best year to date in ProRodeo. He jumped three spots in the PRCA | RAM World Standings this past week (Aug. 9-15), going from 12th to ninth with $68,555.

“You know this last week didn’t start out the way I wanted it to in Sikeston (Mo.), but I was able to end it with a much-needed win in Hermiston (Ore.),” said Mosley, 25. “I’m not as high as I want to be in the standings, but I’m in the mix and that’s all you can ask for this time of year.”

His bump in the standings came courtesy of two top 5 finishes in Lawton, Okla., and Hermiston, Ore. In Hermiston, Mosley rode Corey & Lange Rodeo’s Short Bus for 86.5 points for the win and earned $6,091. It was a matchup he looked forward to after riding that same bull earlier in his career.

“I rode him two years ago in St. Paul (Ore.) and was 86.5 on him then as well,” Mosley said. “So, it was a bit of a rematch for me. That bull is as solid as they come in the sport of rodeo, and I was dang sure excited to have him that night.”

Mosley’s promising season has him in line to qualify for his first NFR this December in Las Vegas, which would be a dream come true.

“It’d mean the world to me to get there, I’ve dreamed about making the NFR since I was a little kid,” Mosley said. “It finally feels like it’s coming true and I’m right there. So, I just need to keep the gas pedal down and keep going at them.”

Below are the other cowboys who moved within the Top 15 of the world standings.

• Steer roper Mike Chase went up in the standings from 15th to 10th.