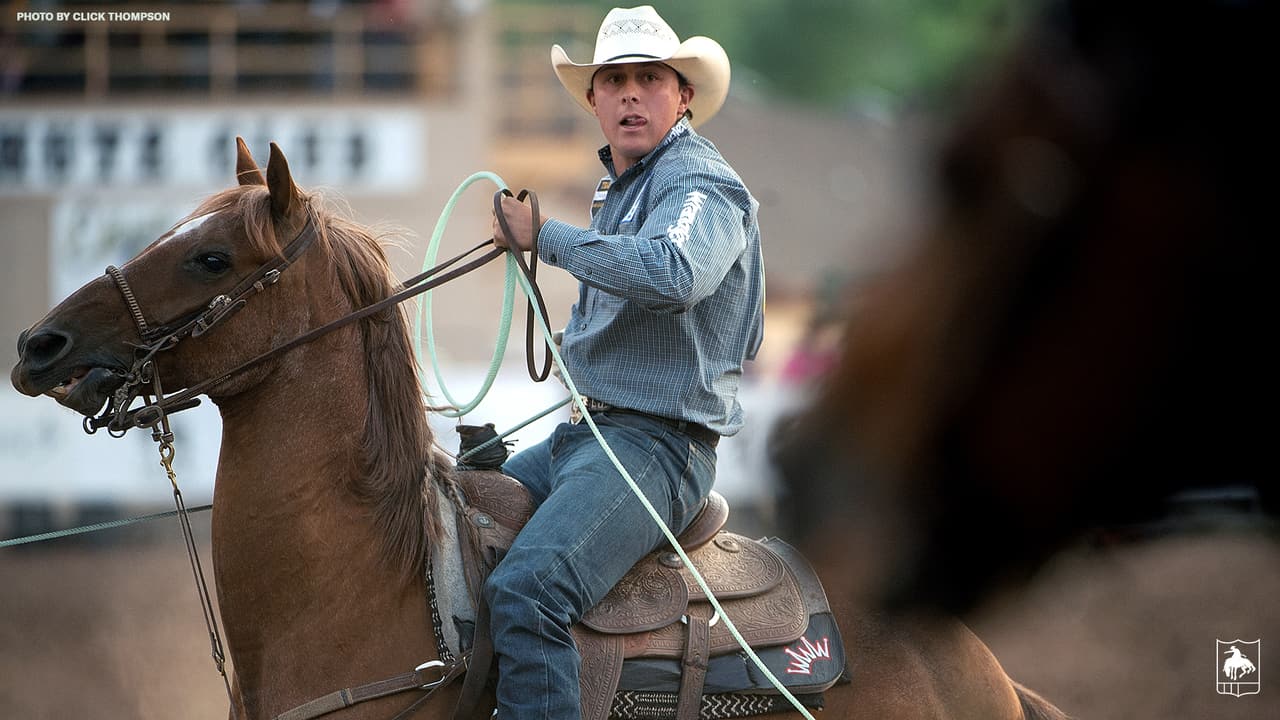 It’s been quite the year for Casper, Wyo., team roping heeler Carson Johnson.

Earlier this year he and his brother Kellan won a college national championship, now he’s on the verge of qualify for his first Wrangler National Finals Rodeo.

This past week (Aug.22-29) Johnson jumped three spots in the PRCA | RAM World Standings going from outside the Top 15 to 14th. He knows the real work starts now as he looks to make it to Las Vegas in December.

“It’s a huge honor to be inside that Top 15, but there’s still so much rodeo left to go in the season,” said Johnson, 20. “But I’m glad I’ve given myself at least the opportunity as I try to qualify for my first Wrangler National Finals Rodeo.”

Carson’s big jump in the standings came thanks to splitting second place at the Kitsap Stampede in Bremerton, Wash., Aug. 27. The Johnson brothers put together a 4.4-second run and each earned $3,767.

“We drew a really good steer and my brother (Kellan) did a great job,” Johnson said. “I was able to get around him heeling and come tight fast. To win that kind of money this time of year is huge for us.”

Kellan is still just outside the Top 15, sitting 17th. Carson said it’s been a lifelong goal for he and Kellan to rope together on the sport’s biggest stage at the NFR, and they plan to do everything they can to qualify.

“Ever since we left the house the goal was for both of us to make the NFR and it’s also been a dream since we were little kids for us to make the Finals together,” Johnson said. “We’re going to finish out the season rodeoing as hard as we can and getting to as many as we can. Getting into that Tour Finale would be huge for us because of all the money that’s going to be paid out there, it can make or break you.”

Below are the other cowboys who moved within the Top 15 of the world standings.

• Saddle bronc rider Wade Sundell jumped in the standings from 23rd to ninth.