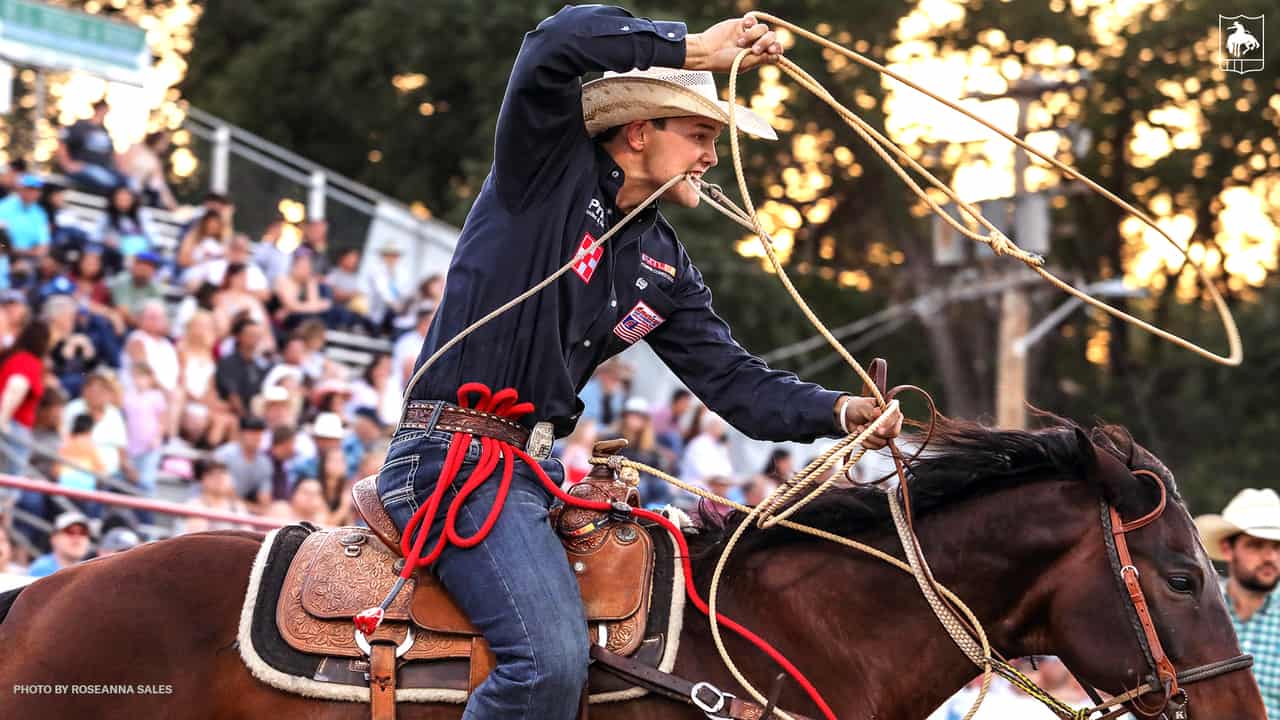 Kincade Henry might be in only his second season on the ProRodeo Tour, but his work in the arena over the past few weeks has people learning his name and quickly.

Since the beginning of July, the Mount Pleasant, Texas, cowboy has added $9,816 to his name, including a $3,385 payday at the Dinosaur Roundup Rodeo in Vernal, Utah.

The run in Vernal came after he got the ball rolling at the Wolf Point (Mont.) Wild Horse Stampede July 7, winning round one with an 8.0-second run.

“The Fourth was pretty rough on me, to be honest with you,” said Henry, 19. “I didn’t have much luck, then I got on Austin Atkinson’s horse (Hammer) starting at Estes Park (Colo.) and Vernal. That horse got me on a little bit of a roll. I told myself to go out there and make my runs, if I win something, I win something.”

That mentality has worked out great for him. Over the last week, he climbed five spots in the PRCA | RAM World Standings up to 10th, earning $46,470. That has him in prime position to qualify for his first Wrangler National Finals Rodeo in December.

“It’s a dream, I’ve been dreaming of it since I was 12 years old probably,” Henry said. “It’s something I want so bad I can’t even sleep at night thinking about it. It’s just one calf at a time, and I think if I just make my run throughout the rest of the year I’ll be there. That’s all I’m focused on.”