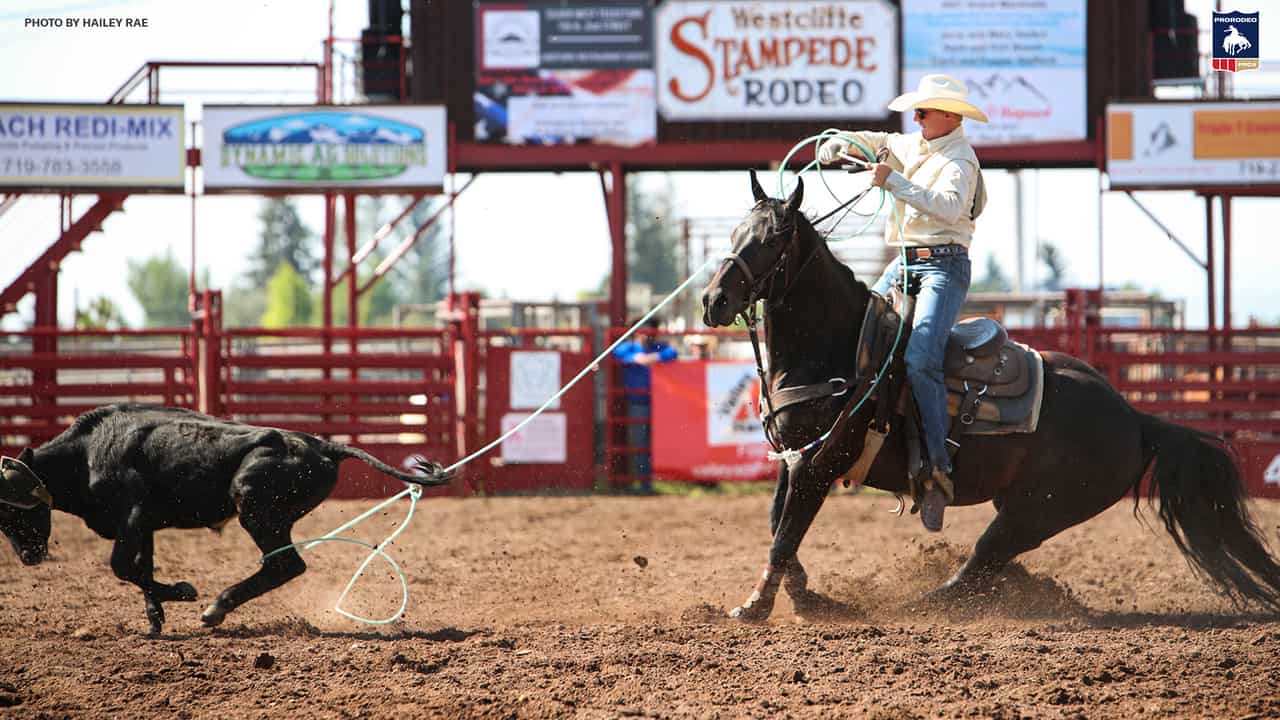 The only time Pueblo, Colo., team roping heeler Trey Yates made it to the Wrangler National Finals Rodeo was 2018 when he won the average and $129,308 at the Thomas & Mack Center in Las Vegas.

After just missing the Wrangler NFR the last two years he has his sights set on returning to Vegas in December.

Yates took a big step forward to accomplishing that goal last week, winning a round in both Spanish Fork and Ogden, Utah. His run at the Fiesta Days Rodeo was the fastest in his eight-year ProRodeo career.

“We won all our money last week really on two steers, “said Yates, 26. “We had a nearly perfect steer in Spanish Fork, and we were 3.8. I told my partner Tyler (Wade) that was the first time I was three in my career. I couldn’t think of a better time for it to come, it was a pretty good confidence boost going into the week of Cheyenne (Wyo.).”

“It’s been a couple years here where I haven’t made it to the NFR, you know I’ve come close, but fallen just short,” Yates said. “I put things back into perspective last week and now I’m just going out and having fun. I have full faith in my partner, my horses, and all the scenarios we will be put in. If we draw good and we rope good, we should be all right coming down the stretch here.”

Below are the other cowboys who moved within the Top 15 of the PRCA | RAM World Standings.

• Team roping header Aaron Tsinigine jumped in the standings from 20th to 15th.