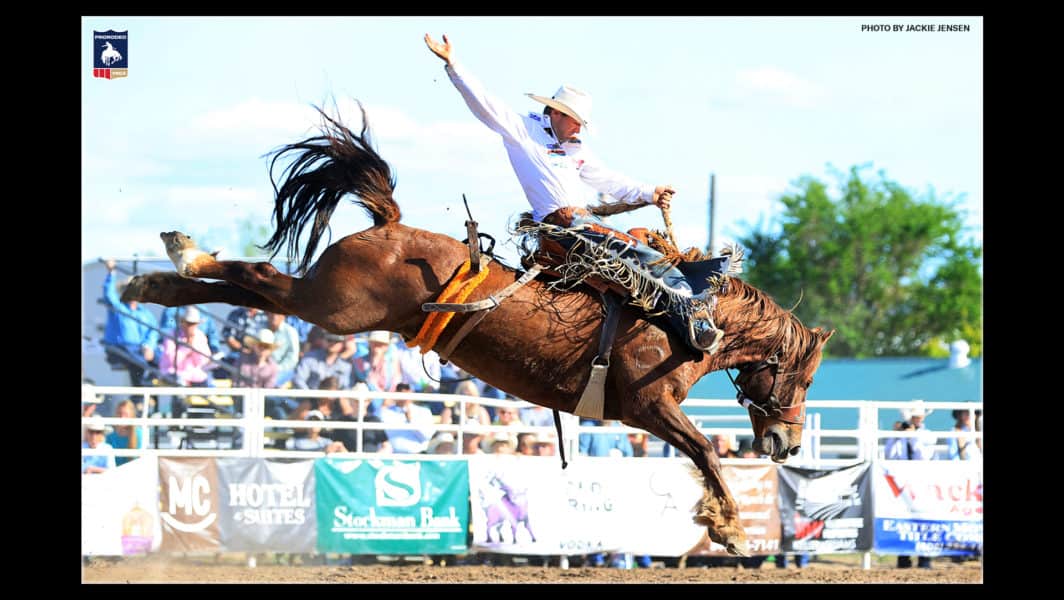 After the weekend of May 13-16, he’s in position to make a return trip.

The 28-year-old saddle bronc rider earned $8,157 over the weekend to nearly double his season earnings. He rocketed nine spots in the PRCA | RAM World Standings, jumping from 24th to 15th, cracking that all-important demarcation line between inside the Top 15 and outside the Top 15.

More than half of that weekend money came from finishing second in the final round at the World Famous Miles City (Mont.) Bucking Horse Sale Matched Xtreme Broncs. He earned $4,050 in that round with an 89.5-point ride on J Bar J Rodeo’s Stacked Deck.

He earned another $1,822 in Miles City when he tied for fourth in the first round.

Garrett wasn’t the only cowboy to jump nine spots among the Top 15. He was joined by steer roper Mike Chase, who won the average at the Walker County Fair & Pro Rodeo in Huntsville, Texas, over the weekend.

Scroll below to see where Chase and 20 other cowboys moved among the Top 15 in the world standings.

• Mike Chase broke into the Top 15 by jumping from 22nd to 13th in steer roping.

• Dakota Eldridge climbed from 16th to 11th in steer wrestling.