MISSOULA, Mont. — The Rocky Mountain Elk Foundation bestowed its highest honor, the Wallace Fennell Pate Wildlife Conservation Award, to John Caid. The Arizona native and RMEF life member is a 36-year volunteer who also served a decade on the organization’s board of directors, with two years as board chair during a time of proficient growth and success for RMEF.

“The Rocky Mountain Elk Foundation has meant the world to me,” said Caid. “I was extremely honored to even be considered for the board. And to get elected chairman of the board is crazy. And now this. It’s been really home to me and I truly appreciate everything that’s happened. That’s one of the highlights of my life obviously.”

Caid joined RMEF in 1985, nine months after its establishment. He served as a committee member and helped create the RMEF Pinetop Lakeside Chapter before eventually entering his service on the board.

Professionally, Caid spent 34 years as a biologist and eventual director of the White Mountain Apache Game and Fish Department, where he transformed the agency’s elk hunting program by instigating a series of habitat enhancement and research projects that bolstered elk numbers and genetics.

He continues to collaborate with RMEF where he now works as general manager of the UU Bar Ranch in New Mexico, a landscape he helped transform into one of the world’s premiere elk hunting destinations.

“We heartily congratulate John on behalf of the board, our entire organization and membership. We appreciate everything he’s done for the organization,” said Mark Baker, RMEF board chair. “John’s service has been invaluable to where we’ve been as a conservation group and where we’re at today.”

Surrounded by family and friends, Caid received the award in front of hundreds of onlookers during a RMEF gathering at the PBR World Finals on November 6, 2021, in Las Vegas.

“I never expected anything like this. It’s just an honor I never expected ever in my life to receive. To me, the Elk Foundation became the best conservation organization in the world,” added Caid. 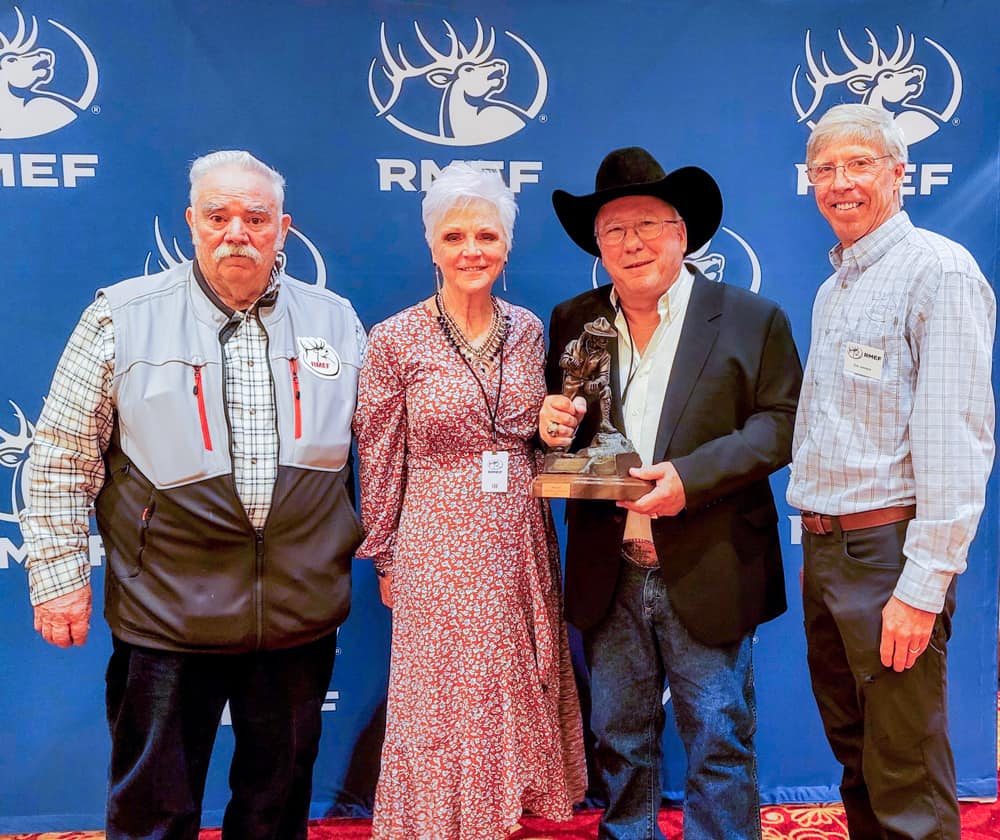 About the Rocky Mountain Elk Foundation:
Founded more than 37 years ago, fueled by hunters and a membership of more than 231,000 strong, RMEF has conserved more than 8.2 million acres for elk and other wildlife. RMEF also works to open and improve public access, fund and advocate for science-based resource management, and ensure the future of America’s hunting heritage. Discover why “Hunting Is Conservation™” at rmef.org or 800-CALL ELK.