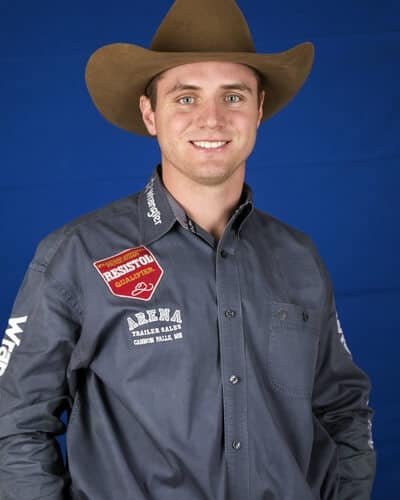 Minnesota has a lot to be proud of in steer wrestler J.D. Struxness. The Milan resident is headed to his third Wrangler National Finals Rodeo with $82,829 in regular season earnings and in 10th place.

J.D.’s start in professional rodeo began in 2014 while he was still in college. The next year, he nearly qualified for his first NFR missing it by just four positions. His 19th place finish saw him with $55,450 and winning the Rookie of the Year in the steer wrestling.

The next year, he was at school at Northwestern Oklahoma State University where his coach was Stockton Graves, a former NFR steer wrestler. J.D.’s prowess in the arena was evident when he won the College National Finals Rodeo in Casper, Wyoming and six weeks later got the title at Wyoming’s biggest rodeo, Cheyenne Frontier Days.

He was well on his way to his first NFR where he continued picking up checks. He finished the season in fourth place. The next year, he was on the bubble to go back to Las Vegas in December but made it in 13th place.

He had more struggles at the NFR when his horse got sick. He got on another horse that didn’t work out, then switched again. In spite of riding three horses over the 10 rounds he still won $109,749 in Las Vegas finishing the season in seventh.

He has already had success in Nevada this year. J.D. was the steer wrestling champion at the 100th anniversary Reno Rodeo in June. He earned $12,725 in Reno which went a lot way to getting him back to Las Vegas. Helping him to the win was his former rodeo coach who was hazing.

His family and plenty of friends are very happy to be taking time off work and making plans to be back in Las Vegas again. They are all hoping that this time J.D. comes home with the gold buckle awarded to the world champion steer wrestler.