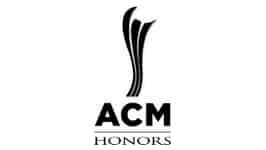 The 14th ANNUAL ACADEMY OF COUNTRY MUSIC HONORS™, considered one of the industry’s favorite nights, is an evening dedicated to recognizing the special honorees and winners from the 55th and 56th Academy of Country Music Awards™. The event will take place on Wednesday, August 25, 2021 at Nashville’s historic Ryman Auditorium and will be livestreamed on Circle Network’s social channels – Circle All Access Facebook, Twitter and YouTube. Circle Network will also air a television special around the 14th Annual Academy of Country Music Honors at a later date this year. Tickets are available to the public now at Ticketmaster.

City National Bank is the presenting partner of the evening. Other partners include Prevost and 1000 Stories Wine is the official wine partner for the Academy and Academy of Country Music Honors.

To apply for press credentials to cover the 14th Annual Academy of Country Music Honors, please click HERE for the online application. All applications must be received by 2:00 PM PT on Friday, August 6.

For more information, visit ACMcountry.com. You can also like Academy of Country Music on Facebook, follow the Academy on Twitter, Instagram, and TikTok, all at @ACMawards, and sign up for the FREE ACM A-List for the latest news and updates in your email inbox. For information on ACM Lifting Lives, please visit www.acmliftinglives.org.

About Academy of Country Music Honors™

Fiercely rooted in the classics, the girl who left her Kentucky home and high school at 16 to take a job at Dollywood has grown into a woman who embraces the genre’s forward progression and is confident in what she wants to say. In a full circle surprise, iconic superstar and Grand Ole Opry member Dolly Parton extended the coveted invitation to Carly after 85+ appearances. She also partnered with the Country Music Hall of Fame on Unbroken Circle: Exploring Country Music History with Carly Pearce to connect the genre’s legacy and future. Lighting a fire with her debut album EVERY LITTLE THING and the PLATINUM-certified history making title track, Carly’s 2X PLATINUM-certified duet with Lee Brice, “I Hope You’re Happy Now,” followed as her second chart-topping single. The CMA and double ACM Awards winner discovered that truth and songs are the greatest form of resilience upon facing both the loss of her producer and champion busbee and the break-up of her marriage. Carly marked a new chapter coming of age and finding creative simpatico with Shane McAnally and Josh Osborne with 29, the start to her upcoming full album 29: WRITTEN IN STONE. Due September 17 on Big Machine Records, these 15 songs – the original seven, plus eight more – trace the arc of realizing, accepting and moving on wiser for the experience. Leading the collection is “Dear Miss Loretta,” a highly personal outreach to Country Music Hall of Famer Loretta Lynn featuring fellow Kentucky icon Patty Loveless. For the latest tour dates, including direct support for Lady A on the WHAT A SONG CAN DO TOUR, visit CarlyPearce.com.

About Chris Janson:
Who is Chris Janson? He’s a “live legacy in the making” (Rolling Stone). Breakout country star Janson is a platinum-selling recording artist, high-octane entertainer, multi-instrumentalist, and award-winning singer/songwriter. The three-time CMA nominee has collected prestigious accolades that place him amongst country music greats. He took home the trophy for ACM Video of the Year for his Gold-certified, inspiring hit song “Drunk Girl,” which also earned the Song of the Year title at the 2018 MusicRow Awards and was named one of the “Ten Songs I Wish I’d Written” by NSAI. His chart-topping, 3x Platinum smash “Buy Me A Boat” earned the same NSAI honor, making Janson one in a handful of the industry’s most elite artists to earn the title multiple times, as well as the iHeartRadio Music Awards Country Song of the Year. “Good Vibes,” the flagship single from his 2019 album Real Friends, and follow-up “Done” both topped the country charts, bringing his total of No.1 hits to four – and now the hit-maker has new music on the horizon. In addition to his own successes, the talented songwriter has lent his pen to industry peers including Tim McGraw (“Truck Yeah,” “How I’ll Always Be”), LOCASH (“I Love This Life”) and the legendary Hank Williams Jr. (“God Fearin’ Man,” “Those Days Are Gone”).