Courtesy of Wrangler Network contributor Scoop from the Coop

The laying cycle is an important part of a hen’s life. An egg, or ovum, starts in the ovary, high in the bird’s body, near the spine. The ovary looks like a cluster of grapes, with some ova larger than others. As the ova mature, they are released into the reproductive tract or oviduct. If there is a rooster in your flock, the egg will be fertilized soon after entering the oviduct. The various structures are added to the egg by the oviduct: egg white, chalazae (“twisters”), and membranes. The final step is the secretion of a calcium coating in the shell gland. Then the fully formed egg passes from the body. The whole process takes about 25 hours. Most hens begin laying at between 16 and 24 weeks of age. Their peak productivity is between 1½ and 2 years of age. While they continue laying throughout their lives, their output decreases by about 10 percent per year after they turn 2 years old. 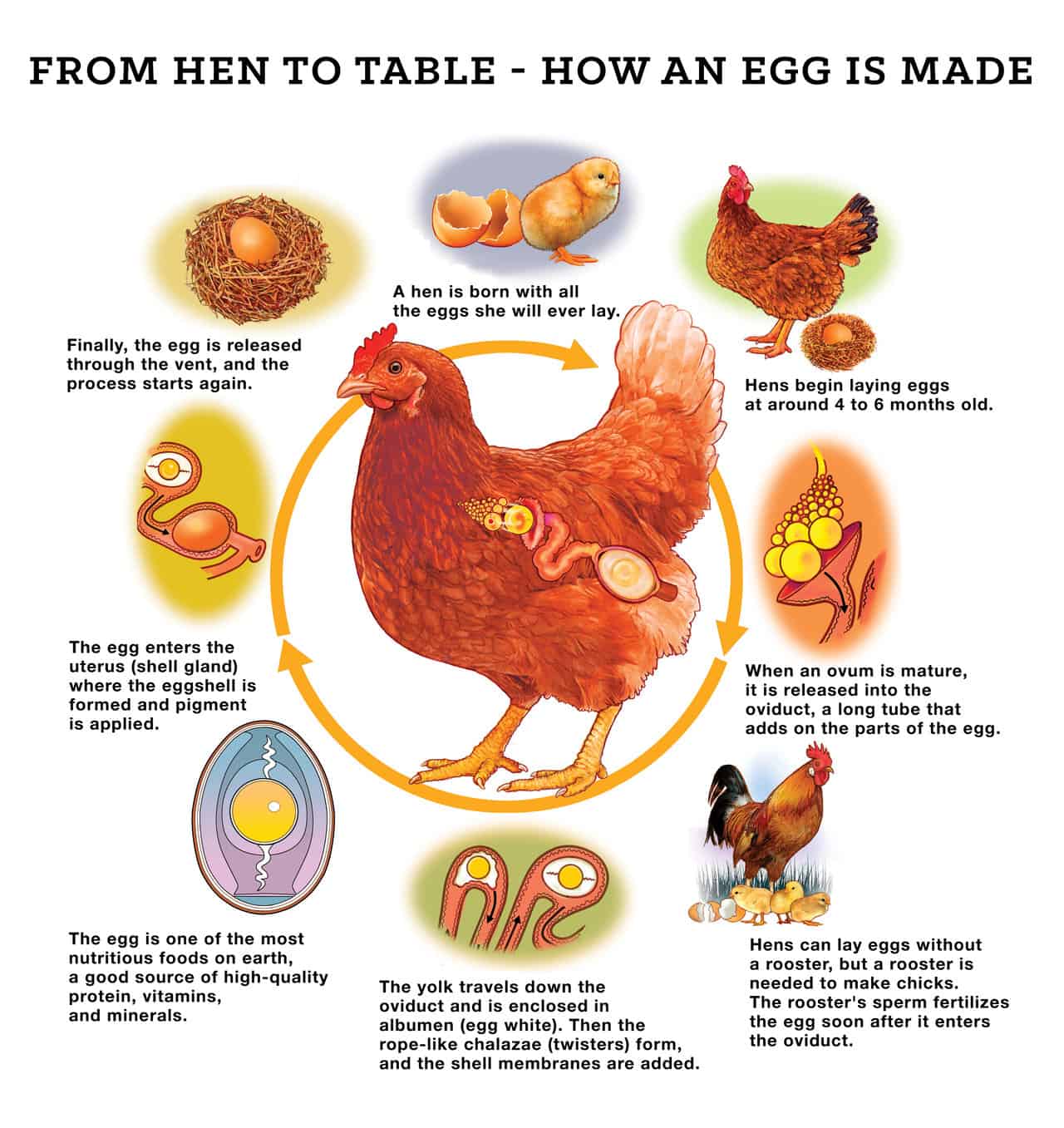