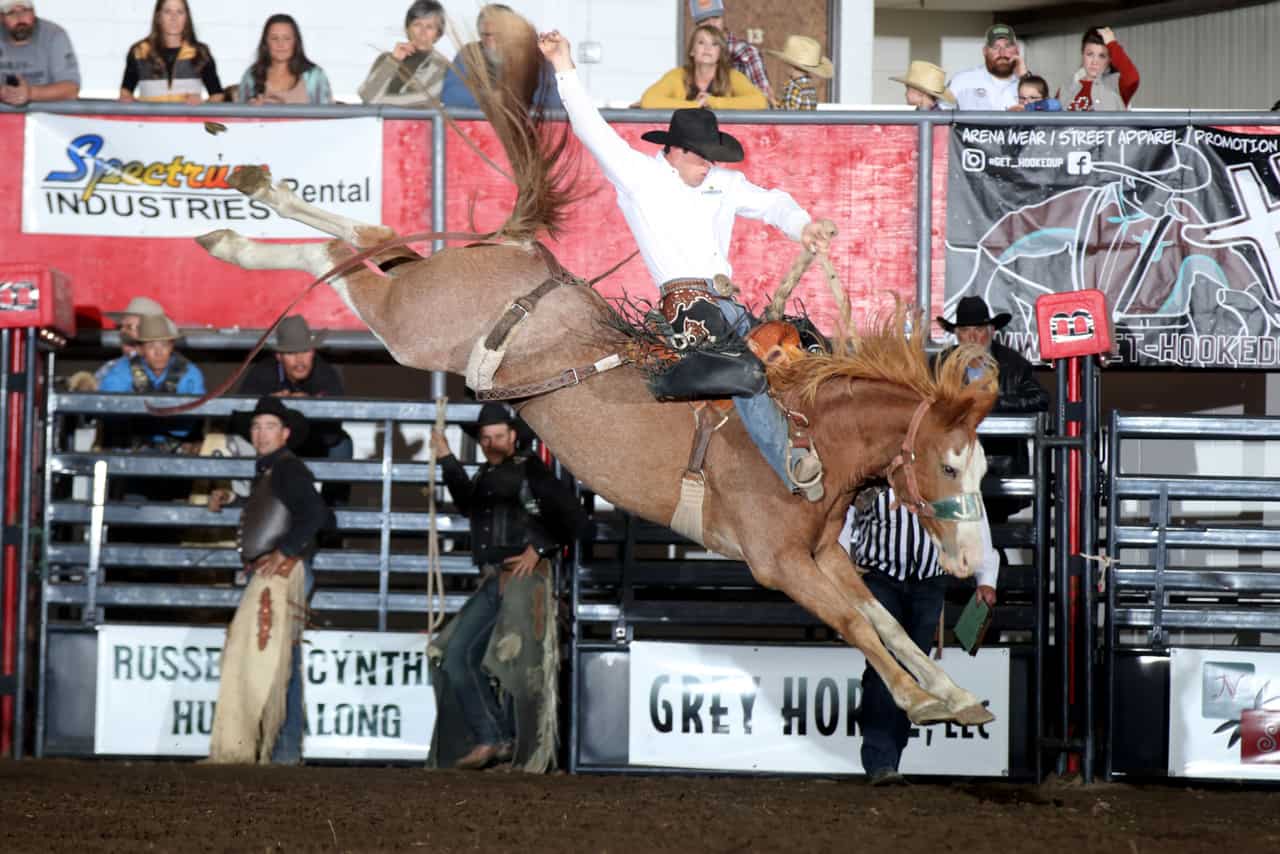 Minot, N.D. – When the chute gates open at the annual Badlands Circuit Finals Rodeo in Minot, nearly 90 of the best cowboys and cowgirls in the Dakotas stampede into the N.D. State Fair Center!

And leading the pack are the competitors who have won the most money in their respective events, throughout the rodeo season.

They enter the circuit finals in first place in their events and look to win a gold buckle, the title of year-end champ, and a trip to the National Circuit Finals Rodeo, where over $600,000 will be up for grabs! 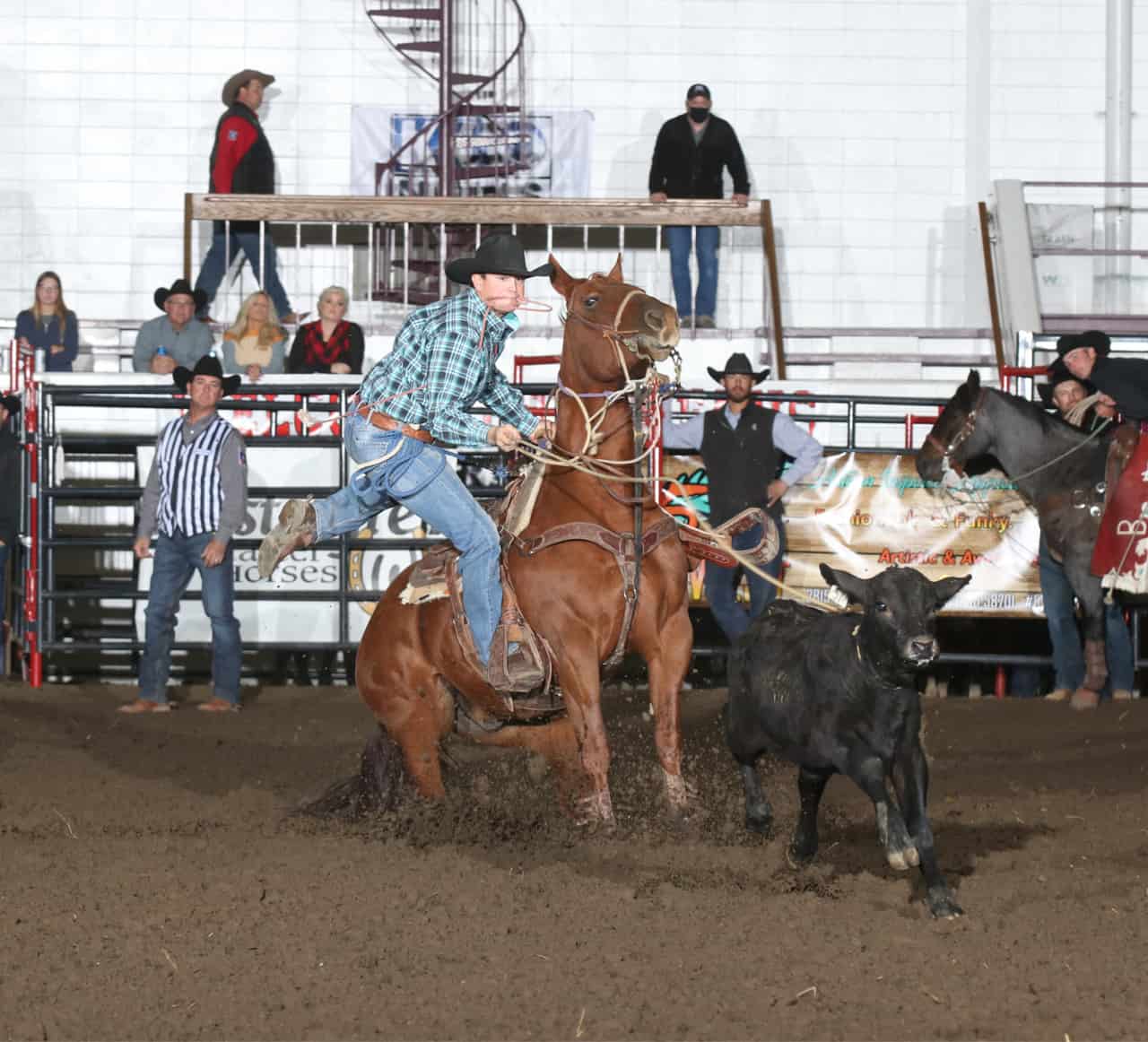 In the steer wrestling, Cameron Morman makes a repeat trip to Minot; he’s qualified for the Badlands Circuit Finals seven out of the last eight years. Normally a nation-wide cowboy who shoots for the Wrangler National Finals Rodeo, this year he focused on rodeoing in the circuit. “I won quite a bit at about every circuit rodeo we went to,” he said.

Morman will be aboard his horse, Rio, a four-time Badlands Steer Wrestling Horse of the Year award winner. Morman has won the circuit title twice (2015, 2018) and the finals title twice (2017-18).

The Spearfish, S.D. cowgirl has a little over a $1,000 lead on her sister, Taylor Engesser, also a breakaway roper.

A student at Tarleton University in Stephenville, Texas, Rickie will graduate in December with a master’s degree in consumer resource and science. She and Taylor, two years her senior, have rodeoed together each summer for the past several years, and it’s been enjoyable.

“It’s easy to travel together,” she said. “Getting to go with family everywhere has made it so much easier.”

They don’t think of competing against each other, she said. “I get more nervous for her than I do personally. We’re each other’s biggest supporters.”

Engesser is excited to qualify for her first Badlands Circuit Finals. “I’ve heard a lot of fun things about it, and I’m privileged to be there.”

Before this year, Levi Schonebaum hadn’t ridden a bull for six years, but he hasn’t gotten rusty. 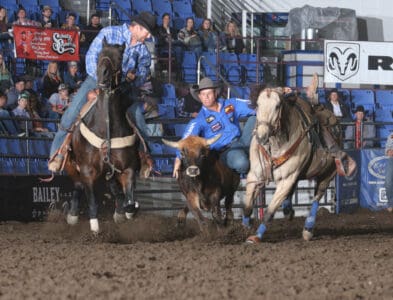 The Burke, S.D. man is in his rookie year of PRCA competition and is leading the circuit, with about $300 over the number two bull rider, Mason Moody.

After competing in high school rodeo and graduating in 2014, he didn’t ride again till this year.

He also wrestled in high school, finishing in the top five at state twice, and in college at South Dakota State University for two semesters.

Coming back to bull riding, it took a bit to knock the rust off, but not long. “It all came back fast,” he said.

Kosel, the mother of four children and the wife of Kevin Kosel, is excited to qualify for her first Badlands Circuit Finals.

“It’s exciting,” she said. “I just try to stay humble about it, because I’ve gone through a lot of ups and downs with horses. You can have one that can beat the world and the next day they might not.”

She is complimentary of her fellow barrel racers, some of whom have competed on the big stage -the National Finals Rodeo, the PRCA’s world championship.

“They’re all great. They’re great people and great jockeys and it’s really awesome to be amongst them, honestly. I’m thankful that I am able to perform right with them.”

This year’s Badlands Circuit Finals Rodeo kicks off with a Kickoff and Back Number Social on Oct. 7 at 6:30 pm. Contestants will be introduced and presented with their back numbers and finals jackets. The social is open to all rodeo ticket holders.

Tickets are $20 for adult general admission and $10 for kids ages 6-12. Gold buckle seats, the five rows closest to the arena floor, are $25 for all ages.

Tickets can be purchased online at BadlandsCircuitFinals.com and at North Country Mercantile in Minot (2000 20th Avenue SE).