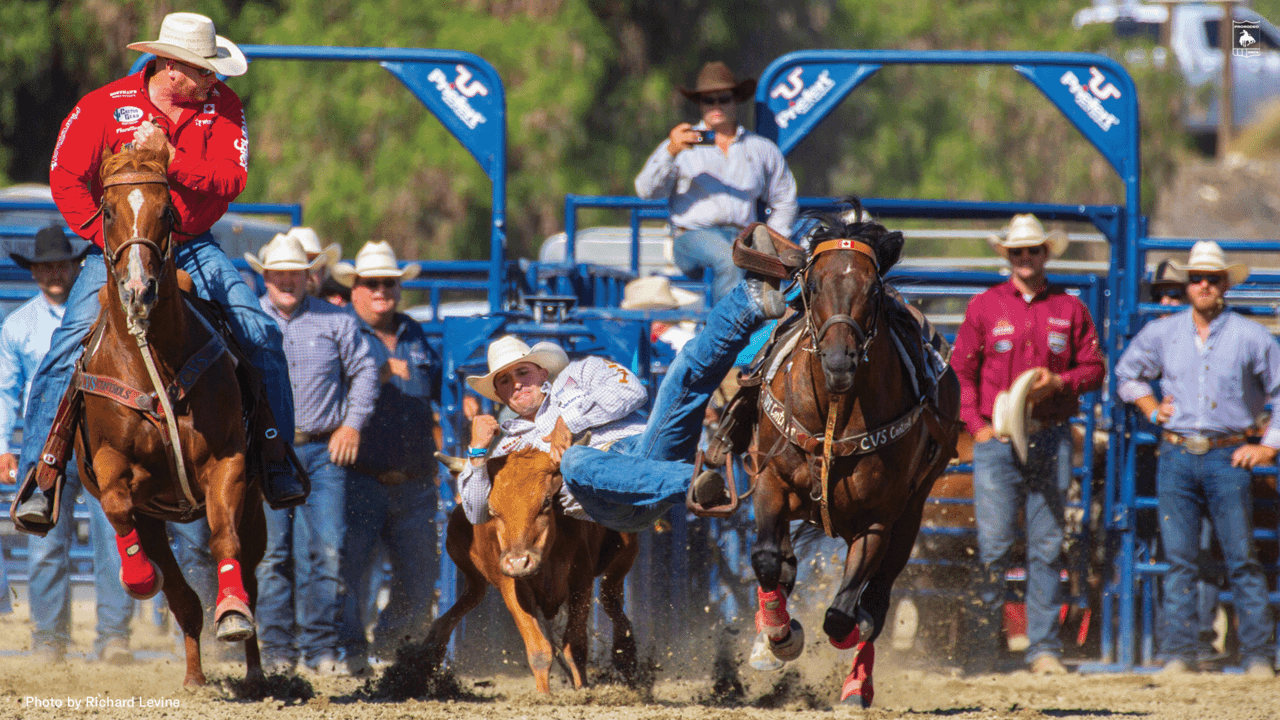 Jesse Brown qualified for his second straight Wrangler National Finals Rodeo a year ago. The Baker City, Ore., steer wrestler knows what it takes in the final month of the ProRodeo regular season to punch his ticket to the Finals.

His experience inside and outside the arena is proving valuable this season. Last week alone he added $11,037 to his name, bumping him up three spots in the PRCA | RAM World Standings to 10th with $80,648.

His win in San Juan Capistrano, Calif., at the Rancho Mission Viejo Rodeo provided a major boost. Brown laid down a 3.6-second run to not only win the rodeo but add $9,430 to his earnings.

“I think horsepower has been the biggest reason for my success lately,” said Brown, 30. “We hauled Tyson (Curtis Cassidy’s horse) down there from Bremerton (Wash.) and it’s sure nice to be riding a horse you’ve been on all year at one of the biggest one-header events of the season.”

Brown said it’s easier this time of year when you know you’ve punched your ticket to the NFR, but the competitive nature of rodeo makes it a lot of fun.

“It’s fun and makes it exciting, but it’s a lot better when you know you’re in at this point in the season,” he said. “It is a lot less stress when you are in like I was last year, but still, it’s fun and really competitive obviously.”

And he knows exactly what it’ll take with four weeks remaining in the ProRodeo regular season to book his return trip to Las Vegas.

“I think it’ll come down to just doing my job and win as much as possible,” Brown said. “I think it’s close to where I don’t have to go crazy and win a pile of cash. But I just need to take care of business and see what happens.”

• Bull rider Lukasey Morris moved up in the standings from 16th to ninth.