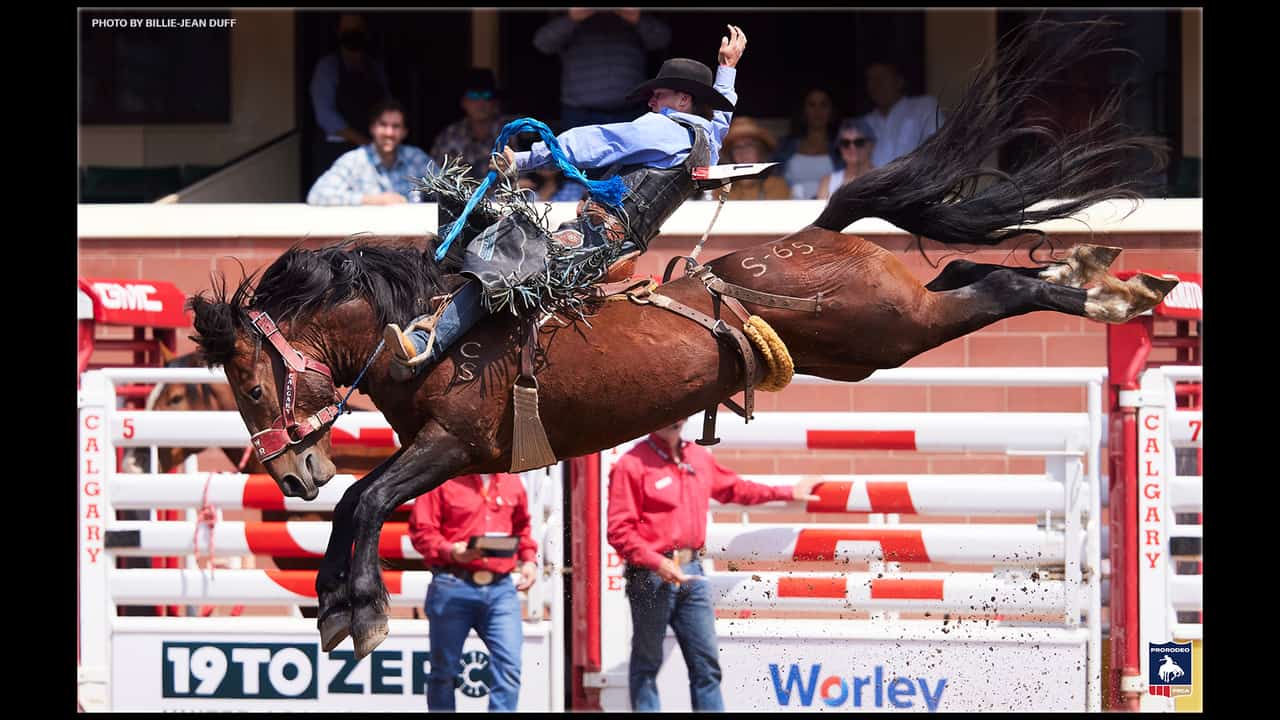 There’s nothing quite like home and that couldn’t be truer for ProRodeo rookie Kenneth “K’s” Thomson.

The Lundbreck, Alberta saddle bronc rider put together the best stretch of rodeo in his young career this past week at the Calgary Stampede. He placed in three rounds at the rodeo, which included two 88-point rides.

“That rodeo is only two hours from my hometown and all my friends and family were in attendance to watch me,” said Thomson, 22. “So, to put on a performance like I did in my home country it was truly awesome.”

The Resistol Rookie leader walked away from Calgary with $9,000 in his pocket, that payday skyrocketed him up the leaderboard. He moved up 15 spots in the PRCA | RAM World Standings to 15th, with $35,875.

“Winning that big of money in Calgary is definitely a step in the right direction for me, especially if I want to accomplish my goal of making the Wrangler National Finals Rodeo,” Thomson said. “I think I’ve been on the up climb since the season began, right now it feels like every horse I get on it’s going to be the best ride of my life.”

• Bull rider Jordan Hansen moved up in the standings from 48th to 15th.

• Steer wrestler Stetson Jorgensen jumped up from 13th to fifth.