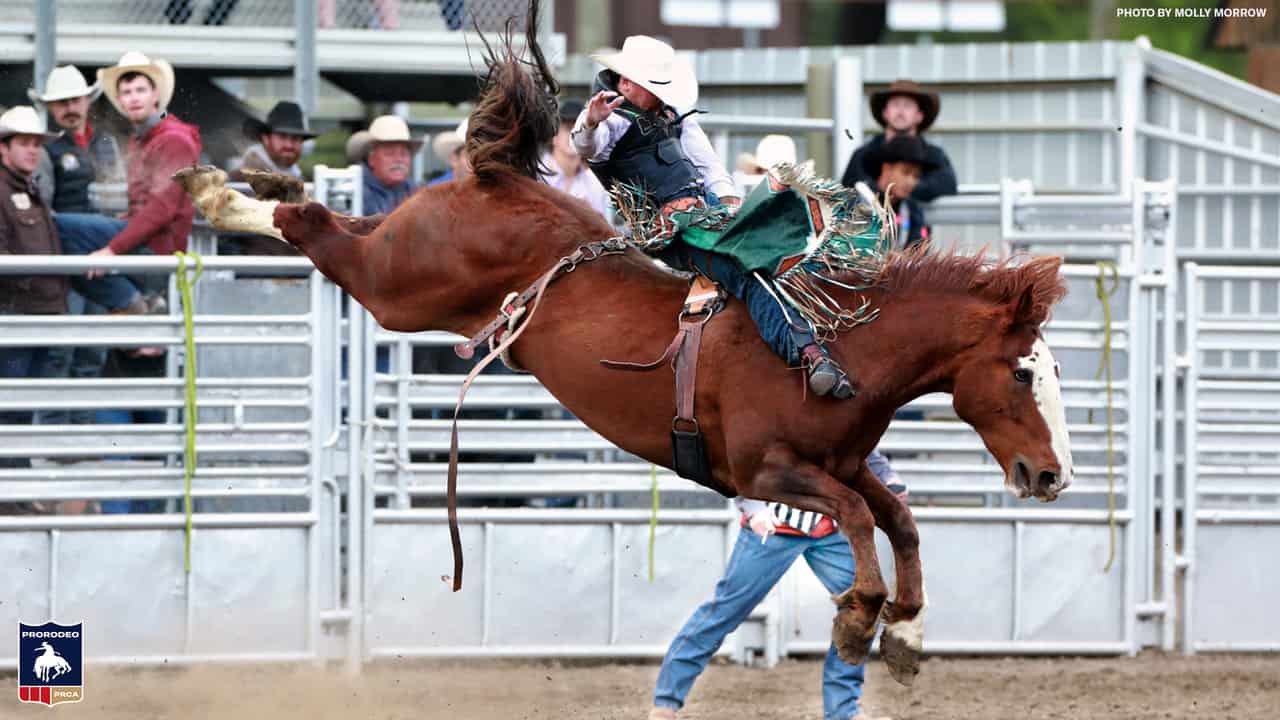 Aus was one of the biggest movers in the standings this past week. He jumped from ninth to fifth in the latest PRCA | RAM World Standings.

A big reason for the jump was two rodeo wins at The End of the Trail Western Festival in Ogallala, Neb., and The Daily Record Xtreme Bares and Broncs in Ellensburg, Wash. He pocketed $7,442 for his 16 seconds of work over the weekend.

“I’ve just kind of been going to one or two events a weekend and drawing well and finding ways to capitalize on my opportunities,” said Aus, 31. “It was a good winter and it’s been a really good spring so far.”

In Nebraska, Aus put together his highest-scored ride of the season with a 90-point trip on Kirsten Vold Rodeo’s Painted Playgirl. He said the trip to the Cornhusker State couldn’t have gone much better.

“I knew it was a good horse and I would have a good chance to win some money,” he said. “It felt great. That horse bailed out and was really electric right down the front of the bucking chutes to the left.

“I was thankful for that chance and then one of my traveling partners Ty Breuer was second, he was 88.5 points. So, we went down there and took care of business. It was a great little event.”

Consistency down the stretch will be key for any cowboy who has NFR aspirations. For Aus, he knows the ups and downs are all part of the sport.

“You just carry it into the next one and hope you keep plucking horses along the way and all you can do is ride the highs and get through the lows,” he said. “That’s the way rodeo is. Streaks never last, whether they are high or low. So, you have to ride it out, play the average, and be as consistent as you can.”

• Steer roper Chet Herren moved up in the standings from 24th to 14th.
• Steer wrestler Dalton Massey jumped from 17th to seventh.

• Team roping heeler Wyatt Cox leaped in the standings from 19th to 14th.
• Steer roper Ora Taton moved up from eighth to third.

• Team roping heeler Jake Edwards leaped in the standings from 25th to 16th and is $274 outside the Top 15.