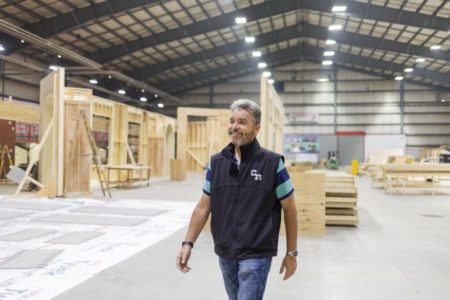 Superman’s hometown will soon pop up in a Surrey, B.C., neighbourhood, as construction begins on a permanent set for a new TV series featuring the Man of Steel.

A Warner Bros. Entertainment subsidiary is building a full-sized central Smallville on the fairgrounds in Cloverdale for the series, which begins production in November. The $1.5-million project, which includes a newspaper office, train station and post office – all detailed enough to allow filming indoors – will cover three hectares on the grounds of the Cloverdale Rodeo and Exhibition, about 50 kilometres southeast of Vancouver.

The show is Superman & Lois, starring Tyler Hoechlin as Clark Kent/Superman and Elizabeth Tulloch as Lois Lane. Both actors have played the characters in the TV universe of comics-inspired shows such as The Flash, Supergirl and Batwoman, which have aired on the CW Television Network and have become production-industry staples in B.C.

The site plan for the faux Smallville, discussed and given final approval by Surrey City Council this week, also includes a hardware store, bank, cinema, gas station and hotel. There’s also a large green screen for visual effects. When the show is on a production break, areas of the set will be open to tourists.

“Part of the deal is that Warner Bros. will give the rodeo rights to walk people through the set during the rodeo period,” Michael MacSorley, the general manager of the Cloverdale Rodeo and Exhibition, said in an interview. 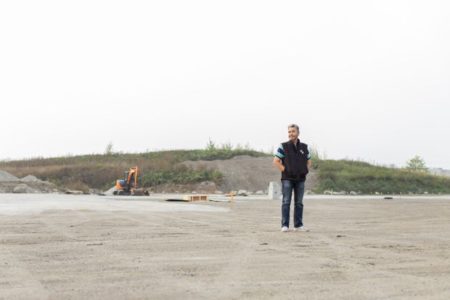 MacSorley on the land Warner Bros rented and which the Smallville set will be built on.

In a statement, the series’ executive producer and show runner said he was pleased to be coming to Surrey.

“We are thrilled to be making Surrey the iconic hometown of Smallville for the new Warner Bros. Television series Superman & Lois,” said Todd Helbing, who has previously worked on The Flash, also filmed in B.C..

“The Cloverdale Rodeo and Fairgrounds makes a perfect location for filming, and the support we have received from the City of Surrey has been instrumental in making it happen.”

Building the town will employ about 200 people, and 275 cast and crew are expected to work on the site, according to Warner Bros. Television.

James Monk, the filming manager for Surrey, said the Smallville plan stands out. “Most productions that come through [Surrey] are building temporary structures for a few days. What’s unique about this production is they’re building the iconic town of Smallville for a longer duration than is typically what we see.” The production has committed to keep the set up for five years. 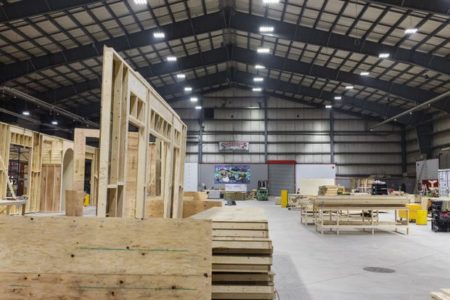 Mr. MacSorley said the fairgrounds has been talking to Warner Bros. for about a year. The studio’s plans firmed up in June, during the pandemic, which shut down production across North America.

The land in question is a parking lot that is well clear of the site now used by the rodeo and exhibition.

Mr. MacSorley said it’s unclear whether the rodeo will proceed as planned next May, so the Superman & Lois commitment will provide much-needed cash flow. He declined to provide specific figures.

He said there has been filming on the grounds before but nothing on this scale.

“It’s a big deal to have that [Superman] brand come here,” he said. 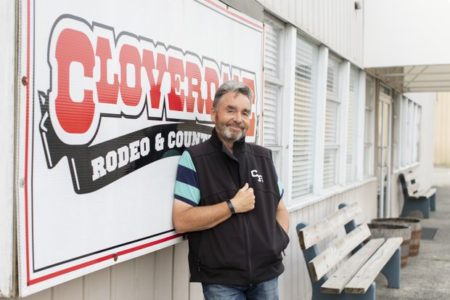 The $1.5-million project, which includes a newspaper office, train station and post office will cover three hectares on the grounds of the Cloverdale Rodeo and Exhibition.

Surrey City Council approved the plan after considering a report that said while the construction of a production set is not permitted under the bylaws regulating the fairgrounds, the project would create jobs and support business activity in Cloverdale.

“Nuisance impacts from the proposed production set construction and filming activity are anticipated to be minimal as the set location is isolated from adjacent residential properties,” the report said.

City council has approved a three-year Temporary Use Permit for the project.

“With COVID-19 impacting the traditional use of the Cloverdale Fairgrounds, securing such a high-profile production makes good economic sense for our City,” Mayor Doug McCallum said Wednesday in a statement.

About 5,000 Surrey residents work in the province’s film and TV production sector, and the city has been home to projects such as the 2018 Dwayne Johnson feature film Skyscraper, the Netflix series Altered Carbon and the teen drama Riverdale, very loosely based on the Archie comics. Surrey’s City Hall has been a key location for the series The Good Doctor, with a helicopter twice landing in the main plaza.