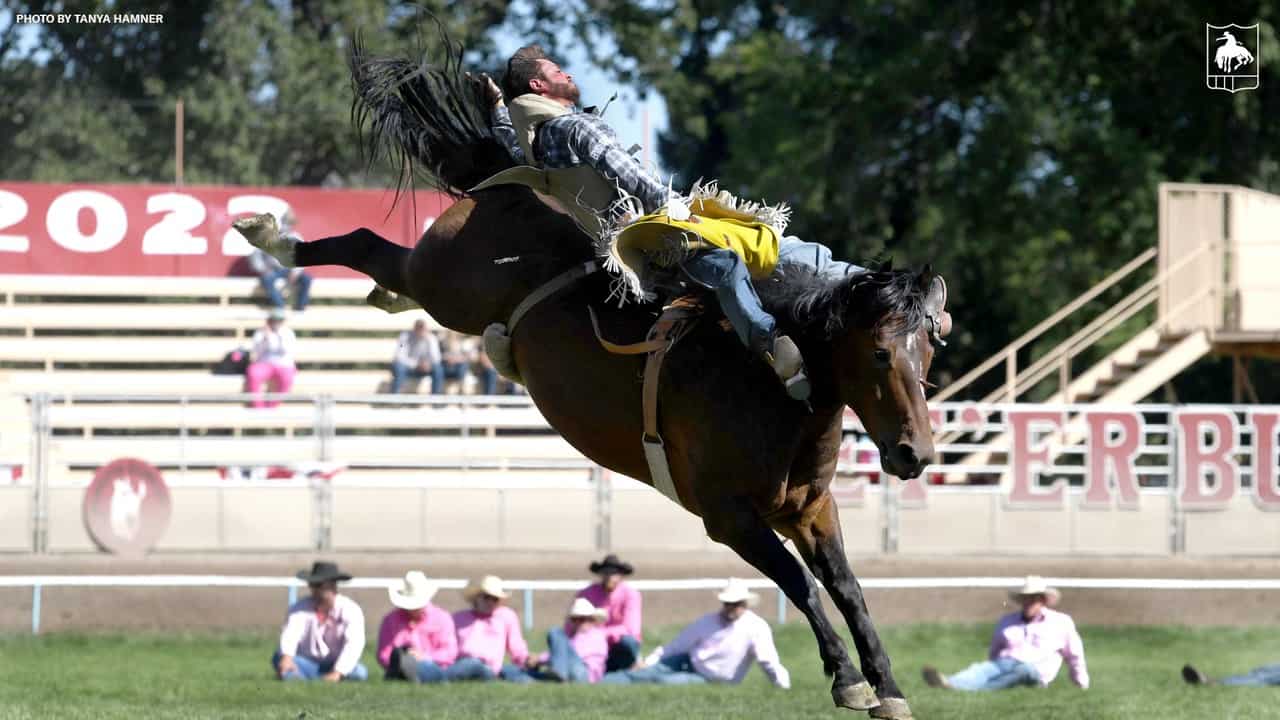 Landingham took a small step toward qualifying for his third Wrangler National Finals Rodeo at the Pendleton (Ore.) Round-Up on Sept. 16. He went for 87.5 points on Sankey Pro Rodeo & Phenom Genetics’ Silver Screen. Not only was it the highest marked ride so far at the rodeo, but it’s the best score on that horse this season.

“I’ve seen some videos of him, and he’s never really had the same trip twice, so I didn’t know what to expect,” said Landingham, 31. “Here at Pendleton on the grass you never know what a horse is going to do anyway. It was kind of unpredictable here today, but it worked out good.”

With just over a week left to go in the ProRodeo season Landingham is holding on to the No. 15 spot in the PRCA | RAM World Standings with $52,254, which puts him $1,783 ahead of Mason Clements in the 16th spot.

“When I first came back this year it took a while to get to where I was riding decent,” Landingham said. “I think a lot of that is mental, you’re protecting yourself and worrying about something getting hurt. It took me a long time to get over that, but here the last four months it’s been much better. I got my confidence back, not stressing about hurting anymore.”

He says if he’s lucky enough to get back to the NFR it would be a dream come true after his rodeo career was in jeopardy.

“You know, I’ve spent a long time thinking I wouldn’t be able to rodeo anymore,” Landingham said. “So, just being out here winning again is awesome. If I get to go back to the yellow bucking chutes it’ll be a dream come true all over again.”