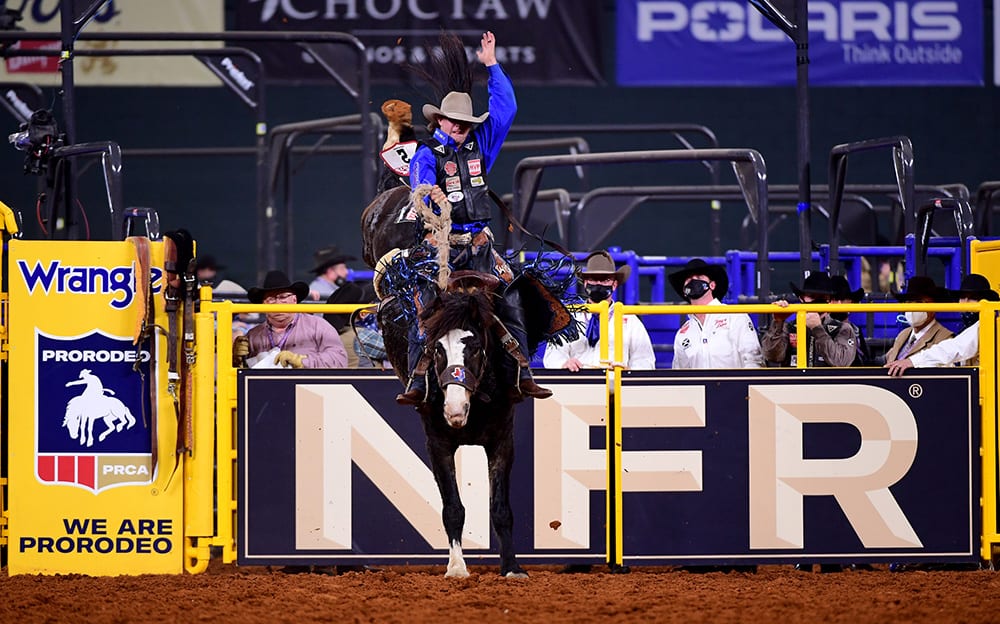 ARLINGTON, Texas – It’s not often that a cowboy can earn money at the Wrangler National Finals Rodeo and not be happy about it.

That’s exactly what happened Thursday for saddle bronc rider Wyatt Casper, who rode Andrews Rodeo’s Brutus for 82.5 points to finish sixth in the eighth go-round, earning $4,231. Meanwhile, his closest competitor for the world-title race, Ryder Wright, won the round and pocketed $26,231. 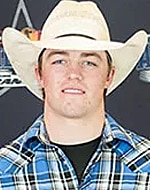 With that, Wright moved into the lead in the world standings, while Casper fell to second, $9,253 behind the leader with two nights remaining in the 2020 ProRodeo season.

“I should have ridden that horse a little better,” Casper said of Brutus. “That is a really strong, fast horse, and I did all I could to hang on to him the first couple of jumps. He was on his A game, and I wasn’t. I was s touch behind, then he had those moves, and I was trying to hold on to them. Finally, I could let go and do a little bit of swinging.”

Based on a 100-point scale, the horse earns half the points by how well it bucks. The cowboy earns points by spurring the animal from the neck to the cantle of the saddle in rhythm with the animal’s bucking motion.

“It’s tough, because you can really feel those moves on a horse like that,” he said. “To not hang one side and then the other side is pretty tough. You are trying to go at him every jump, trying to get as many points as you can.

I was really lucky to get this horse down. That’s all I was really going for tonight was to stay in the average. Luckily, we got him down.

Casper is second in the average race with 602.5 points on seven rides. Wright has ridden all eight horses for a cumulative score of $698.5. Even if Wright is bucked off one of the next two nights, he’ll still hold the aggregate advantage. There are several ways for Casper to ride off with the world title, and part of that happens in the go-rounds.

“I have nothing to lose at this point, so I’m going to go for the go-rounds and see what happens,” Casper said.