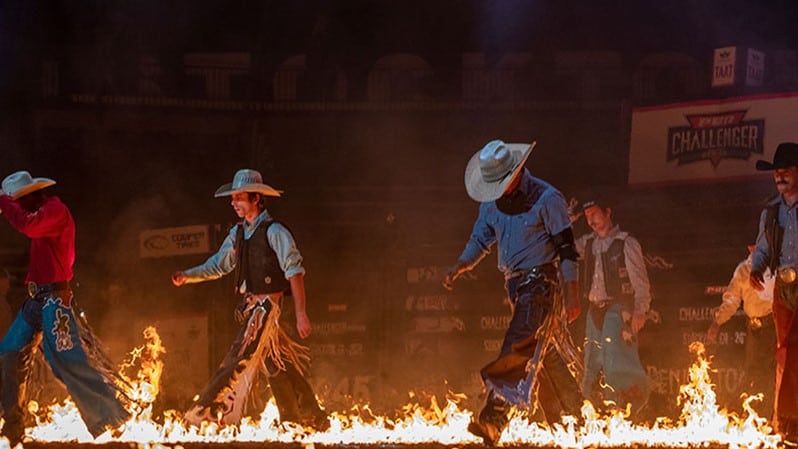 PUEBLO, Colo. – The 2022 PBR Challenger Series Championship is less than a week away, and the field of competitors is starting to take shape for the Nov. 3 season-ending bull riding at the South Point Hotel, Casino & Spa in Las Vegas.

The Challenger Series Championship will be a one-night, two-round competition featuring 45 bull riders battling it out for their share of the $50,000 event purse. The event winner will take home a minimum of $11,550, while round winners will earn $3,000. Even more important, five Unleash The Beast qualification spots will be up for grabs in Las Vegas.

The Top 5 finishers in the final PBR Challenger Series Championship Standings (E-qual) will guarantee themselves a spot for the first four 2023 Unleash The Beast events, beginning with the season-opener in Tucson, Arizona (Nov. 26-27).

Below is a look at how riders can qualify for the PBR Challenger Series Championship with one final event in the regular season set to take place this Saturday night in Evansville, Indiana (Boos & Bulls at the Vanderburgh County Fairgrounds).

The E-qual standings are a blanket set of standings that include PBR Challenger Series events and the PBR’s international events.

2022 PBR Brazil Champion Cassio Dias has confirmed he will be making the journey to the United States to compete at the PBR Challenger Series Championship. Dias, 20, went an outstanding 16-for-23 (69.57%) with two wins and two 90-point rides on his way to his first PBR Brazil championship. He has already begun the 2023 PBR Brazil season 7-for-9, and he will head to the U.S. with a 74.29% career riding average for PBR Brazil (26-for-35). Dias may even have first-round draft potential if he declares for the 2023 PBR Team Series Draft.

The 2022 Challenger Series Championship event winner will be the rider with the highest aggregate score across two rounds of competition. The Top 10 riders in Round 1 will advance to the championship round.

One rider can earn a maximum of 90 points toward the PBR Challenger Series Championship standings.

If anyone in the Top 5 of the 2022 Challenger Series Championship Standings (E-qual) is already qualified for the Unleash The Beast, the next highest-ranked rider in the 2022 E-qual Standings will move up to receive the qualification. (This list will be finalized following the 2022 PBR Team Series Championship.)

2022 World Champion Daylon Swearingen is leading the 2022 Challenger Series Championship Standings with 182.43 points based on his performance in the United States and Canada this season. Swearingen already has a UTB spot locked up courtesy of his world title, but the rest of the Top 10 of the standings all are attempting to lock down a guaranteed UTB spot – No. 2 Keyshawn Whitehorse, No. 3 Wyatt Rogers, No. 4 Rafael Jose de Brito, No. 5 Jesse Petri, No. 6 Deklan Garland, No. 7 Thiago Salgado, No. 8 Taylor Toves, No. 9 Gage Gay and No. 10 Nick Tetz.